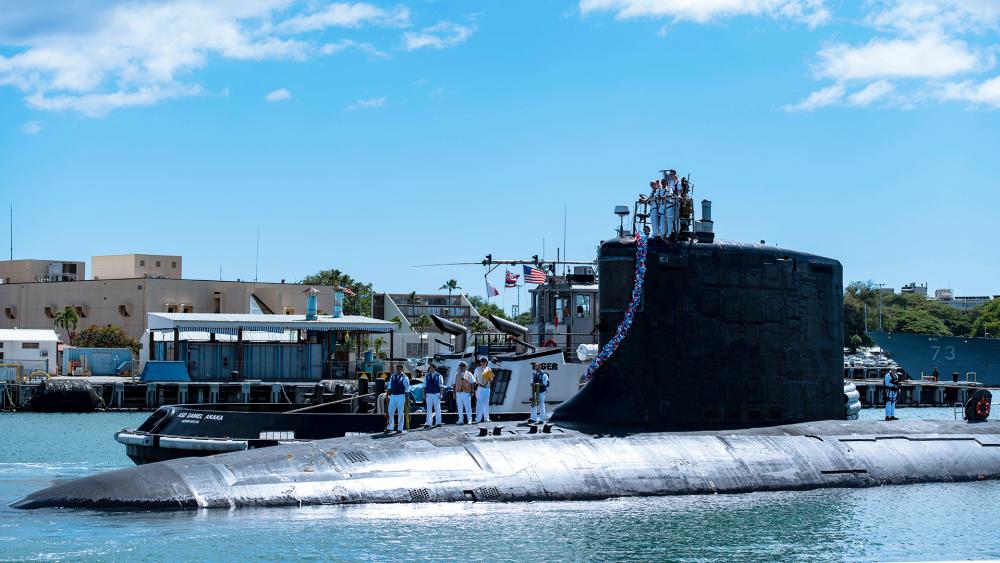 President Biden has announced a new security alliance between the U.S., Britain, and Australia in the Indo-Pacific region to help equip Australia with nuclear-powered submarines. It's a move that will surely draw backlash from the communist regime in China.

The new agreement opens the door to sharing defense resources between the three allies.

The President said it was about ensuring peace and stability in the Indo-Pacific over the long term.

The first item on the agenda will be helping Australia build at least eight nuclear-powered submarines using U.S. expertise while dumping a contract with France for diesel-electric subs.

As a result of the agreement, Australia notified France that it would end its contract with state majority-owned DCNS to build 12 of the world's largest conventional submarines.

Australia has spent 2.4 billion Australian dollars ($1.8 billion) on the project since the French won that contract in 2016.

Experts say the nuclear subs will allow Australia to conduct longer patrols and give the alliance a stronger military presence in the region.

Australian Prime Minister Scott Morrison said he had called the leaders of Japan and India to explain the new alliance. Japan, India, Australia, and the U.S. already have a strategic dialogue known as "the Quad." Biden is set to host fellow Quad leaders at the White House next week.

The countries will also increase intelligence sharing and joint efforts to develop new technologies in the areas of cybersecurity, artificial intelligence, and quantum computing.

While an official said the alliance is not aimed at deterring any particular nation, China's military activities in the South China Sea are seen as a growing threat as well as its hostility toward Japan, Taiwan, and Australia.

China said the alliance would severely damage regional peace and stability, and jeopardize efforts to halt nuclear weapon proliferation. It said it was "highly irresponsible" for the U.S. and Britain to export the nuclear technology, and that Australia was to blame for a breakdown in bilateral relations.

"The most urgent task is for Australia to correctly recognize the reasons for the setbacks in the relations between the two countries, and think carefully whether to treat China as a partner or a threat," said Zhao Lijian, a spokesperson of China's Ministry of Foreign Affairs.

Beijing has been unhappy with the Biden administration for calling it out over human rights abuses in the Xianjing region, the crackdown on democracy activists in Hong Kong, and cybersecurity breaches.

Meanwhile, French Foreign Minister Jean-Yves Le Drian on Thursday expressed anger after Australia announced it would be backing out of the French deal to build diesel-powered submarines in favor of a deal with the U.S. to build nuclear submarines.

"It is really a stab in the back. We built a relationship of trust with Australia, and this trust was betrayed and I'm angry today, with a lot of bitterness, about this breach (of contract). This is not done between allies, especially when there's been two years of negotiations for this contract," he said.