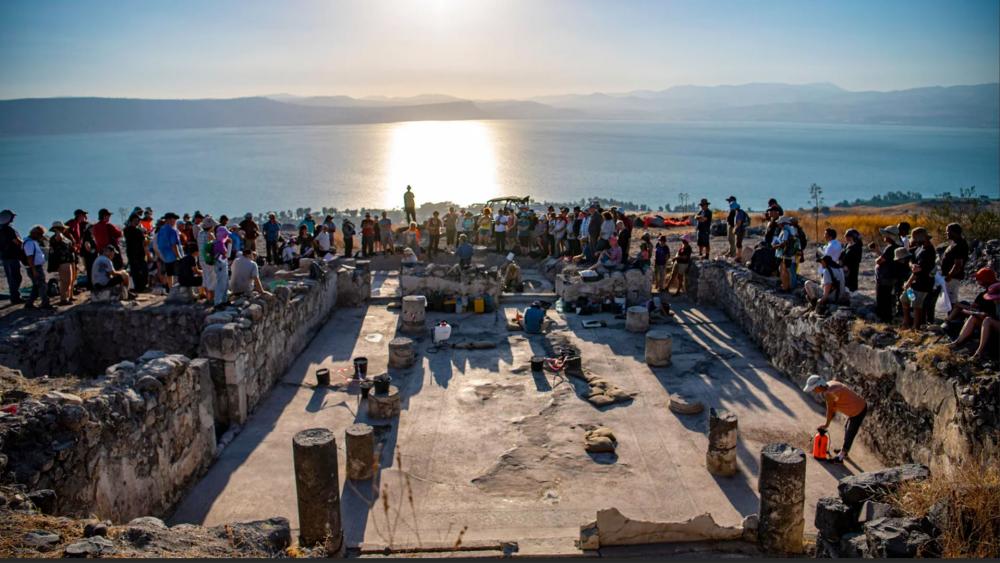 Despite seemingly being in a poor neighborhood, the church offered the best views of the Sea of Galilee from all of Hippos' churches. Credit: Gil Eliahu.

JERUSALEM, Israel – Archaeologists working on an excavation in the ancient city of Hippos-Sussita found four Byzantine-era mosaic inscriptions while cleaning tiles during a dig this summer in the Upper Galilee. The discovery is at the Martyrion of Theodoros, known more widely as the "Burnt Church" built by the Byzantines, the site of previous discoveries.

Scholars believe the Martyrion of Theodoros Church is called the "Burnt Church" because it may have been torched by conquering Persians in the early part of the 7th Century. The Persians captured Jerusalem in 614 A.D., and the Armenian historian, Bishop Sebeos, estimated 17,000 Christians were killed.

While the excavation team from the Zinman Institute at the University of Haifa was clearing off dirt and soot from the mosaics, they began to see colors and images, according to Jessica Rentz, the field supervisor at the dig. 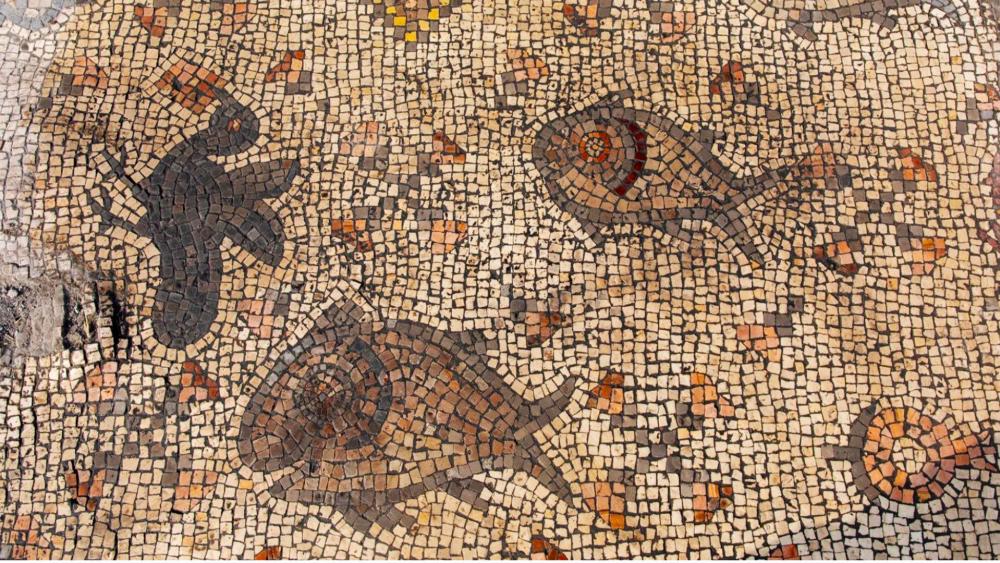 "Suddenly, two concentric black lines appeared in front of the main portal of the church. We realized there must be an inscription here," Rentz said. One Greek language inscription reads, "Offering in favor of salvation and succor for Urania and Theodoros. Lord God, accept! Amen! In the time of indiction 4 and year 619."

All Israel News cites Professor Gregor Staab from the University of Cologne in Germany, who said the recently-discovered inscriptions are the first time individual names of Hippos residents have been unearthed. He believes the two mentioned – Urania and Theodoros – had built a kind of chapel for their remains in a nearby room.

At the church's entrance hall a damaged inscription reads, "Offering of Megas, the most holy bishop, for the peaceful rest of Eusebios and Iobios, his brothers, in the year 620, indiction 4." 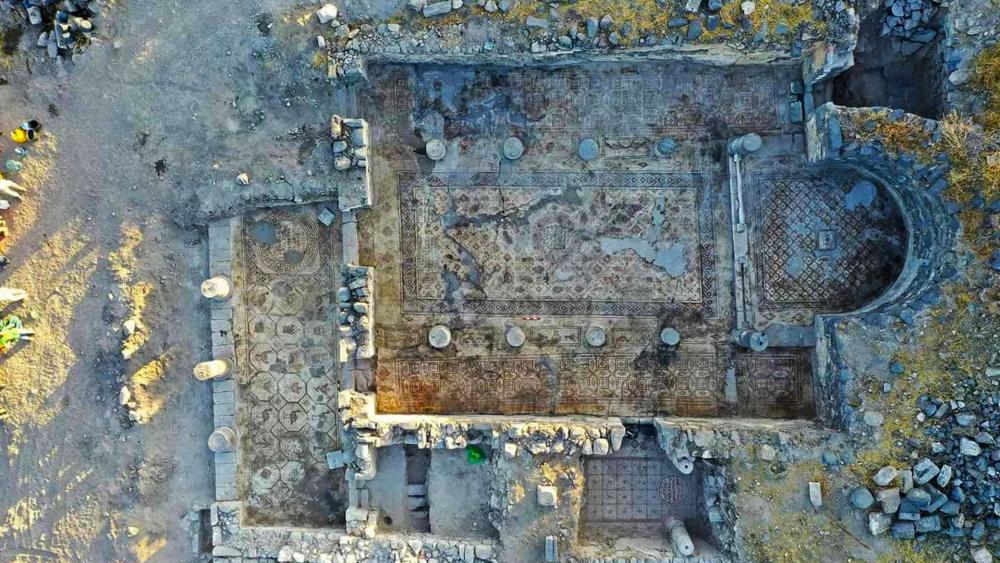 Another inscription reads, "Offering of the priest Symeonios, goldsmith, custodian (?), He (the Lord) will protect him and his children and his wife."

All of the coins and other items in the excavation site are dated before the Muslim conquest of the area in 635 A.D.