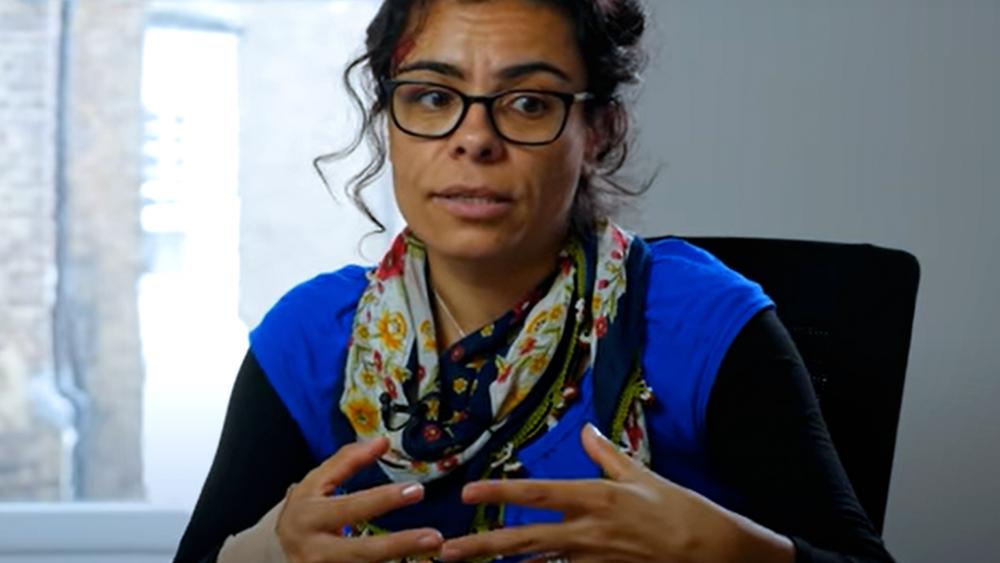 Speakers' Corner in Hyde Park in London has been an open-air forum for debate of ideas since the mid-1800s.  Known as a bastion of free speech, crowds have gathered there to hear what speakers from Karl Marx to George Orwell to Christian preachers throughout the years have to say.

Most Sundays, Hatun Tash is one of those speakers, proclaiming the Gospel of Jesus Christ to anyone who will listen. But as a former Muslim and part of the ministry Defend Christ Critique Islam (DCCI), she especially wants to engage Muslims and lead them to Christ as she mixes her Gospel message with critiques of Islam and challenges to the Koran.

On Sunday, Tash was out in the rain with a group of other people, speaking quietly with a listener when she was attacked by a knife-wielding man dressed in black and wearing a face mask. He slashed at her face and throat, causing her to collapse with blood streaming down her face as he ran away.

Tash says it's obvious the attacker intended to kill her and even though he is unidentified, she believes her attacker is Muslim.

"I can't believe this has happened in broad daylight at Speakers' Corner. You do not expect such things to happen in Great Britain," she said.

Tash is provocative and challenging in her presentation, and on Sunday was wearing a Charlie Hebdo T-shirt as she spoke. Charlie Hebdo is the French satirical magazine where 12 people were slaughtered by Islamic terrorists in January of 2015 for publishing cartoons of the Muslim Prophet Mohammed. Standing with Charlie Hebdo has since been viewed as standing for free speech even if it is upsetting to some.

"I wanted to debate, discuss, and tell people about Jesus Christ," she said, according to Christian Today.

"I am upset and disturbed by what has happened to me. I am asking myself if have done anything wrong? I am convinced I have not broken any law or incited hate… It is a shame that this has happened at the home of freedom of speech," Tash said in an interview with Christian Concern.

But it's not the first time Tash has faced opposition while exercising her right to free speech at Speakers' Corner.

Newsweek reports that in December, Tash was arrested for "breaching coronavirus regulations" after she approached the police and inquired as to why they were interfering with the lawful exercise of free speech of another speaker there. In May, she was arrested for what police described as a "breach of the peace" after she was physically assaulted while sharing a cartoon of Muhammad with a person there and the discussion became heated.

The Christian Legal Centre (CLC), which is the legal services arm for Christian Concern, filed a pre-action letter on July 5 with the London Metropolitan Police seeking damages on Tash's behalf for assault, false arrest, false imprisonment, and harassment as a result of repeated failures to protect her.

On Monday, Tash blamed the police for this most recent attack.

"Police inaction has led to what happened to me yesterday," Tash said. "In the past, they have seen it as easier to remove me than to deal with people intimidating and threatening me. My attacker was not even afraid of the police as he did it right in front of them. It is heartbreaking that we live in a society where police do not want to arrest a Muslim for fear of being called 'Islamophobic'."

Andrea Williams is chief executive of the Christian Legal Centre representing Tash. She issued a dire warning for the future of free speech rights in the UK.

"Speakers' Corner is the embodiment of freedom, that is unlike any other place in the world," she said. "What happened to Hatun Tash at Speakers' Corner was harrowing. Sharia law is being implemented there by the back door and Sunday's incident is a serious escalation following a series of concerning episodes."

Tash is recovering from her injuries and police are asking the many onlookers who recorded the attack on their phones to come forward and give witness to what happened to her on Sunday.

But for Hatun Tash, she wasn't the only focus of assault that afternoon. Free speech itself - in the heart of London - was attacked.

"Freedom of speech is already in danger," she commented. "If an individual is offended because I said 'Jesus is the Son of God', they can block me on Facebook, but Speakers' Corner is the heart of free speech … I was in a place, under the law, where I was doing the things I am allowed to do."