How It All Started: Film Exposes the Lies and Deception Behind Roe v. Wade 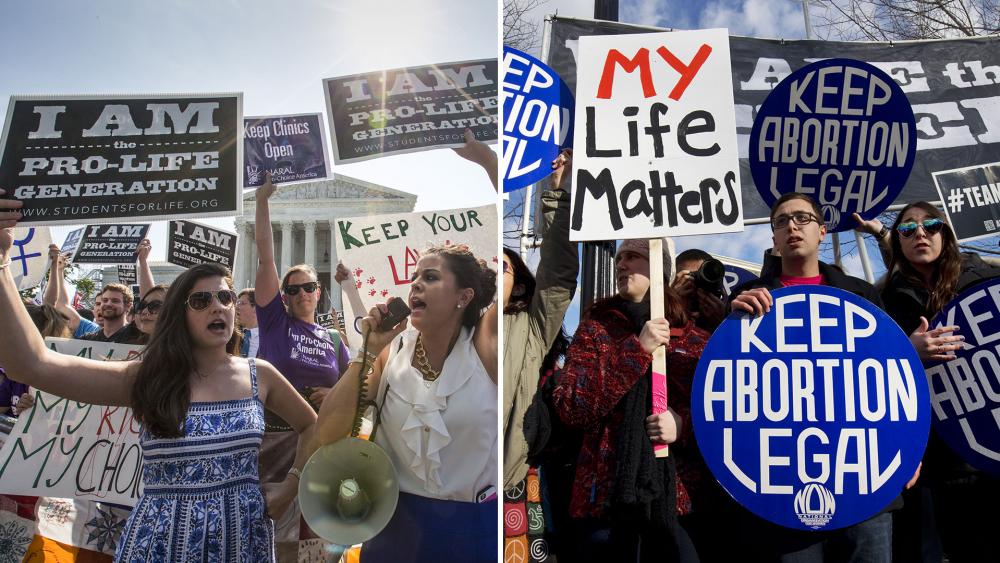 The U.S. Supreme Court issued an earthquake ruling on June 24, 2022, overturning its 1973 decision that legalized abortion. The original ruling is still regarded as one of the country's more controversial if not tragic events. And while there's been endless debate about the decision, very little is known about the case behind it.

It turns out the history of Roe v. Wade is very different than what's described in mainstream media. A 2021 movie called "Roe v. Wade" went behind the scenes, revealing how lies and deception helped influence the ultimate decision.

Nick Loeb, the film's director and writer, also plays the abortion doctor at the center of the plot to make America think it loved abortion. Loeb told CBN News, "I was surprised that no one really had made a movie about the most famous court case in American history."

Were the Justices & America Manipulated?

Loeb plays abortion doctor Bernard Nathanson who, along with pro-abortion allies, manipulated information and lied through polls to help make the country believe abortion was more popular with Americans than it really was.

That may have helped the Supreme Court justices turn from an early almost-tie vote to an ultimate 7-to-2 ruling to legalize abortion nationwide.

Nathanson, as shown in the movie, eventually has a change of heart, complete with grief and guilt over aborting his own child and some 70,000 others.  Loeb can relate.

'I Had Participated in the Killing of My Own Children'

"I grew up in a generation where we were told it was a clump of cells and a gob of goo when a woman got pregnant until the baby kicked," Loeb told CBN News.

He continued, "I didn't wake up one day and become pro-life. That happened over time from me dealing with abortions that I had been involved in…and the realization that I had participated in the killing of my own children."

The writer/director/actor said he didn't really set out to make a movie that could be labeled pro-Roe v. Wade or anti-Roe v. Wade or even faith-based.

"We tried not to be preachy. We tried to go down the middle of the road. We tried to just lay out the facts," Loeb explained. That kind of balance was reflected in the movie-makers, with Loeb being pro-life but not so many of his actors.

"You'd be very surprised: I'd say a majority of our cast was pro-choice. Even a lot of the Christians and Catholics," Loeb explained.

The main fact he hopes viewers take away from "Roe v. Wade" is, "That life begins at conception. And if they could understand that there's a baby there, I think it could open a lot of hearts and minds and change folks."

Loeb's personal favorite moment was using the never-before-used St. Patrick's Cathedral in New York City, where his character throws a temper tantrum at God. He said he was richly blessed, "Being able to shoot inside this mammoth cathedral where no one has ever shot."

After its world premiere at the Conservative Political Action Conference (CPAC) in Orlando, "Roe v. Wade" launched on many platforms in April on 2021. Producers also worked to arrange special showings for groups like churches or parachurch organizations.

Go to RoevWadeMovie.com to learn more.

***BECAUSE TRUTH MATTERS, be sure to sign up for CBN News emails and the CBN News app to ensure you keep receiving news from a Christian Perspective.***