'It Was a Miracle': Stanley Cup Winner Became Christ-Follower After Answered Prayer for Cancer-Stricken Mother 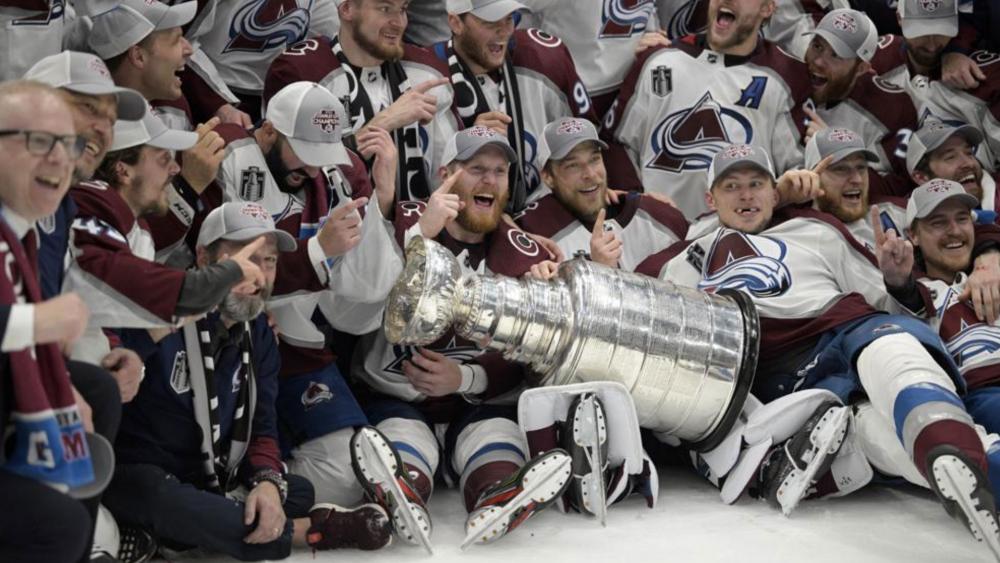 The Colorado Avalanche pose with the Stanley Cup after defeating the Tampa Bay Lightning 2-1 in Game 6 of the NHL hockey Stanley Cup Finals on Sunday, June 26, 2022, in Tampa, Fla. (AP Photo/Phelan Ebenhack)

For the first time in 21 years, the Colorado Avalanche are reigning champs after defeating the Tampa Bay Lightning and winning the Stanley Cup Sunday.

And Avalanche defenseman Josh Manson, who joined the hockey team earlier this year, says his Christian faith is fundamental in everything he does, according to Sports Spectrum.

Manson, 30, scored the game-winning point during Game 1 of the Avalanche's second-round series with the St. Louis Blues and scored in Game 2 of the Stanley Cup Finals.

Manson has been open about how he came to know Christ after his mother was diagnosed with Stage 4 melanoma and was only given three months to live.

After receiving the tragic news, Manson pleaded with God that if He healed his mother, he would live his life according to God's purpose.

Manson's mother was given four treatments of a trial drug and beat cancer.

"It was a miracle, and God did that. There's no other way to describe it. And I did not fulfill my promise that I made to God months earlier when I found out she had terminal cancer," he said in a recent video for Sports Spectrum titled "Best Day Ever."

Months later, Manson recalled his prayer to God after meeting the woman who eventually became his wife.

"I knew it from the moment I met her that she was going to be my wife," he said. "On our second date, she told me that she was a Christian and that she believed in God, and that I would have to go to church with her, and what I did with it from there would be up to me. But I remembered the promise that I made to God."

Manson gave his life to Christ after reading the Josh McDowell book, More Than a Carpenter.

And his faith has strengthened during his eight seasons in the NHL.

In an article for The Increase last December, Manson discussed what it's like being a Christian professional hockey player and how his life changed once he became a father.

"When I held my baby for the first time, I thought, 'Wow, this is how Jesus loves me,'" he wrote. "If my child ever walked away from me and distanced herself, that would make me so incredibly sad. I would want to bring her closer to me. That realization really brought things into perspective for me because I know my Heavenly Father feels the same way about me."