'When God Closes a Door He Opens a Chick-fil-A': The Comedy of Mark Christopher Lawrence in 'Family Camp' 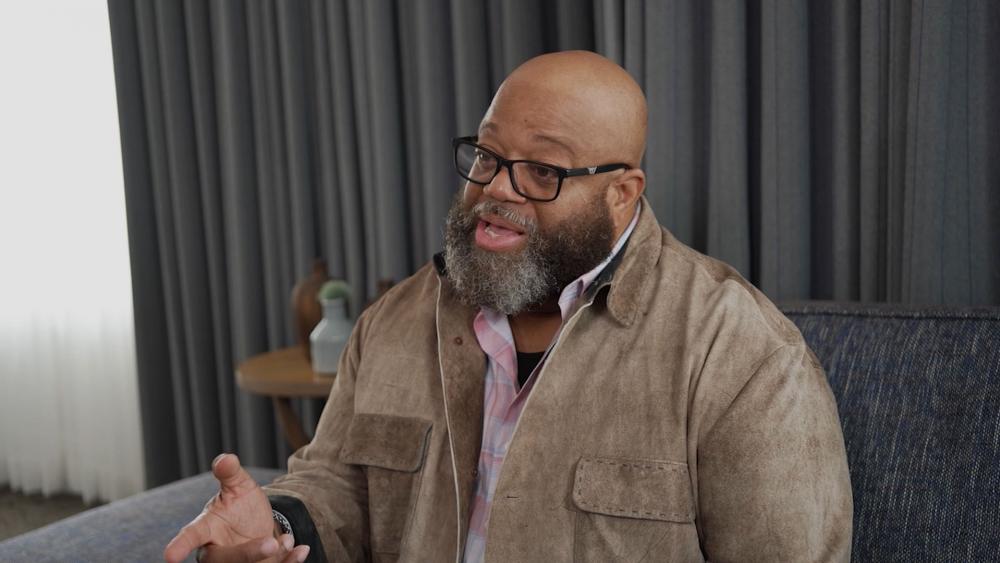 Mark Christopher Lawrence is a stand-up comedian, actor and voice-over artist who may be best known for his role as Big Mike on the NBC series "Chuck."

The 58-year-old told CBN's Studio 5 that he had a great role model to guide him as an actor playing the part of a minister.

Lawrence says he was drawn to the role of Pastor Dave because the character was relatable, but also had a sense of humor.

"You know when I read it, the first thing that hit me was everybody can see this. It's not beat you over your head let me save your soul. It's showing these people's journey. And then it was funny, and I like that."

In one of the funniest scenes, Lawrence's comedic chops shine when he encourages his congregation by preaching, "When God closes a door, he opens a Chick-fil-A."

But beyond the laughter, the movie also sends some powerful messages.

"In our society today, we are so inundated with stuff that we don't even sit down and eat together," he continued. "So I think, bringing that family as a cohesive unit to a place, that is exciting for everyone, I think that's the thing."

Lawrence recalled how his acting career got started and why he is grateful to still be in the business.

"I grew up in Compton, California to start with, during the height of the rise of Bloods and Crips. We were the second black family on our street. By 1973, '74 all the white families had moved out and the Robertsons moved in. They were gangbangers. That was the first time I even heard of a gang," he noted.

Lawrence said his 10th grade English teacher, Ms. Tilling, encouraged him to pursue acting. She even helped him land a part in his first play.

"She got me involved in speech and debate which ultimately led up to a scholarship to USC for debate. One day, I decided to take a voice class for speaking and centering. The instructor talked me into auditioning for the Bachelor of Fine Arts Acting Program at USC. He coached me for it and I auditioned and they put me in as a sophomore. I was already a Junior and then I started working professionally the same year. My first TV show was Hill Street Blues," Lawrence said.

He pointed out that he is thankful for God's continued blessings.

"I feel blessed that I am still here. There are so many people that I know, who we went to school together or we met early in my career, and they are out of the game already. And every time I feel like I want to do something different, God closes the door and says, 'No this is where I need you,'" Lawrence said.

"I did an episode of 'Touched by an Angel' with Della Reese and I had watched 'Harlem Nights' and I watched it like 20 times and I said to her, 'You were cracking me up. I said to her, because she was a minister, 'Did you get like push back from that?' She goes, 'You're asking me because you're wondering if you should turn down a job.' She says, 'Let me tell you something. God doesn't open doors for you that He doesn't want you to go through. You don't know why He wants you to go and do a job, even if the part is a part that you don't necessarily care for. He is trying to show His light and love through you to somebody that you have no idea is there. Take your job baby.'"

Performances by Lawrence can be seen in shows like "Chuck" and "My Name is Earl" as well as the film "The Pursuit of Happyness."