'Stop the Grooming': Scooby Doo Fans Push Back at Cartoon Creators for Making Velma a Lesbian 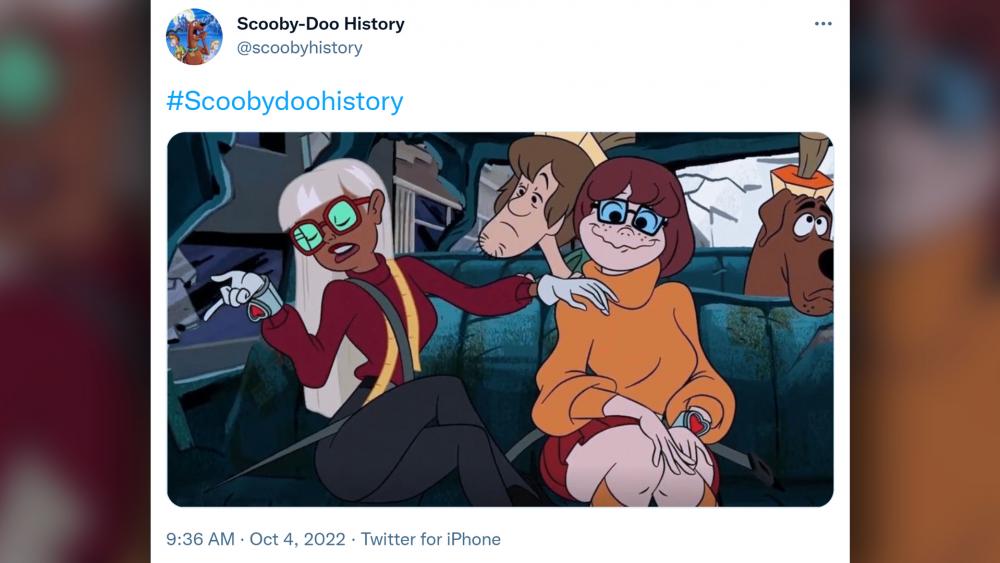 Scooby Doo fans are flocking to social media both applauding and criticizing the latest animated installment after the film's director confirmed that Velma will officially be gay.

In clips of the newly released HBO Max's Halloween special, "Trick or Treat Scooby-Doo!", Velma tells Daphne she has a crush on a female character named Coco Diablo.

"It honestly did not occur to [me] that we were doing something so groundbreaking until right now," the movie's director, Audie Harrison, told NPR. "While writing and directing this, I just set out to have fun with the comedy of an awkward teenage crush."

"I actually thought it was a bigger deal for Velma's character that she is in love with the villain of the movie. The fact that she is a girl is just... well, a fact," he added. "That being said, it does feel great to be a part of normalizing representation, especially with such a well-known franchise like Scooby-Doo!"

Many fans are applauding the reveal.

"OMG Lesbian Velma finally!" one fan tweeted alongside the new movie clip, which has garnered over 100,000 likes.

But others are calling the cartoon's depiction another vehicle to target young children with LGBTQ ideology.

Steven Crowder, host of "Louder with Crowder" said this is meant to confuse children.

"It's a small percentage of the population and so it necessitates a conversation with kids," he explained. "Why is a woman making out with a woman? Because it doesn't necessitate a sexual follow-up question if you see a man and a woman because that is the norm. It does if it is atypical. Kids ask questions so I don't think this should be injected into kids' shows."

"The scene is entirely subversive and meant to condition young girls away from biblical teaching," wrote one Twitter user.

Another wrote, "Velma as a lesbian in Scooby-Doo was supposed to be an inside joke for the mature fans, not out in the open to confuse the children. Stop the grooming!"

In 2020, Director James Gunn said he tried to make Velma "explicitly gay" in the live-action "Scooby-Doo" movie back in 2001, but Warner Brothers pushed back.

"In 2001, Velma was explicitly gay in my initial script," he tweeted at the time. "But the studio just kept watering it down & watering it down, becoming ambiguous (the version shot), then nothing (the released version) & finally having a boyfriend (the sequel)."

"From my perspective, they were very supportive of this direction for Velma's character from day one and it never seemed like they were too worried about how it would be perceived. Which was very refreshing," he said.

While fans of the franchise are hailing Velma's queer identity, others say it has always been common knowledge.

Tony Cervone, a producer on the "Mystery Incorporated" cartoon series, also confirmed that Velma was a lesbian in his depiction of her in 2020.

"We made our intentions as clear as we could ten years ago," he shared on Instagram. "Most of our fans got it. To those that didn't, I suggest you look closer."