Israel Shuts Its Doors to Tourists Over Fears of Omicron Variant 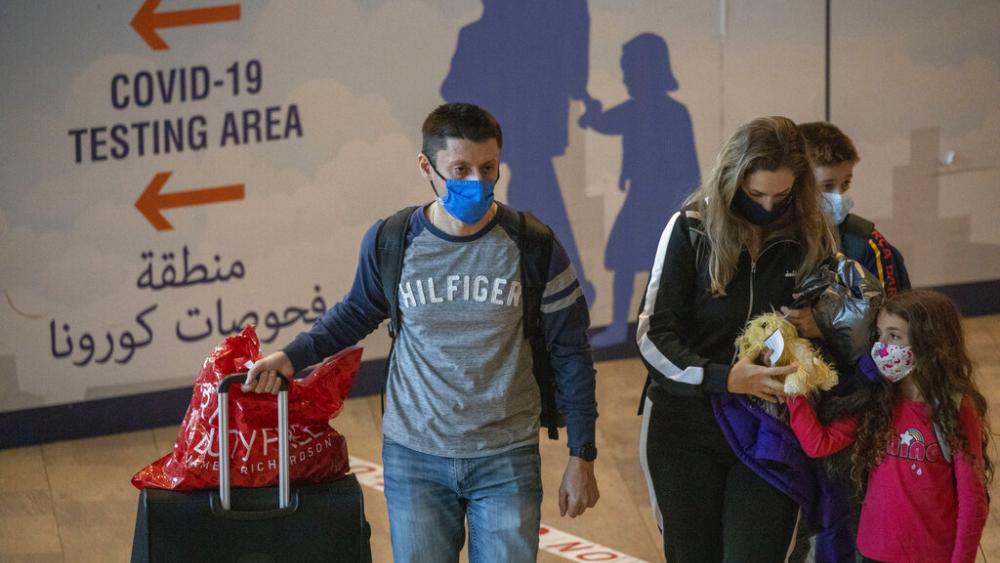 JERUSALEM, Israel – Israel is closing its door to all non-citizens to get ahead of the new Omicron coronavirus variant.

The restrictions went into effect Sunday night and will last for at least two weeks, which is how long health experts say it will likely take them to determine how dangerous the new variant is.

“Our mission as a government is to facilitate routine life as much as possible,” Israeli Prime Minister Naftali Bennett said on Sunday during a cabinet meeting. “To this end, we are assessing the situation anew, and are estimating the magnitude and type of threat on a daily basis, and adapting the steps and restrictions accordingly. Now we need to tighten the borders in order to keep the country open within.”

So far, Israel has confirmed two cases of Omicron, a highly contagious variant of the coronavirus that was first identified in South Africa.

The government is reinstating quarantines for Israelis who return from travel abroad. All Israeli travelers must undergo a PCR test upon arrival at Ben Gurion International Airport and then immediately enter mandatory home quarantine. Fully vaccinated Israelis can shorten their quarantine to three days after receiving a second negative COVID test, and unvaccinated Israelis must remain in quarantine for at least seven days.

Israelis who return from countries on the government’s “red” list – countries where COVID-19 infection rates are high – must take a PCR test at the airport and then immediately enter a state-run quarantine facility.

They will be allowed to leave and transfer to home quarantine after the results of the PCR test are negative.

“It is a copy-paste of March 2020,” tour guide and organizer Yonatan Weiss told Israel’s Channel 13 news. “Like a house of cards, everything that was booked, and there were a lot of bookings, was canceled in one fell swoop.”

Airlines and tourist companies reported a wave of sudden cancellations after Israel announced the new restrictions, according to Channel 13.

While Tourism Minister Yoel Razvozov said the new restrictions would be a blow to the industry, the government is erring on the side of caution.

“Since we don’t know the influence of the variant, we prefer to make a mistake and to have the tourism industry, which is the prime victim, get compensation later, rather than having the whole economy and our children suffer, having the economy collapse,” said Razvozov.

Health Minister Nitzan Horowitz said Sunday that Israel has the Omicron variant “under control” and urged citizens not to panic.

“We assumed a new variant would show up. Thanks to our defensive and enforcement measures, we located this variant quickly,” Horowitz said at a press briefing. “We were among the first to find and isolate it. The matter is under control. There’s no need for fear or panic.”

Prime Minister Bennett is asking Israelis to get fully vaccinated while health experts assess the danger of the Omicron variant.

“When facing a threat, one needs several layers of protection. We have vaccines; I ask that everyone go get vaccinated. It safeguards you,” said Bennett.

Israel spearheaded one of the world's first and most successful vaccination campaigns late last year, and nearly half the population has received a booster shot.

Israel recently expanded the vaccine campaign to include children as young as 5.