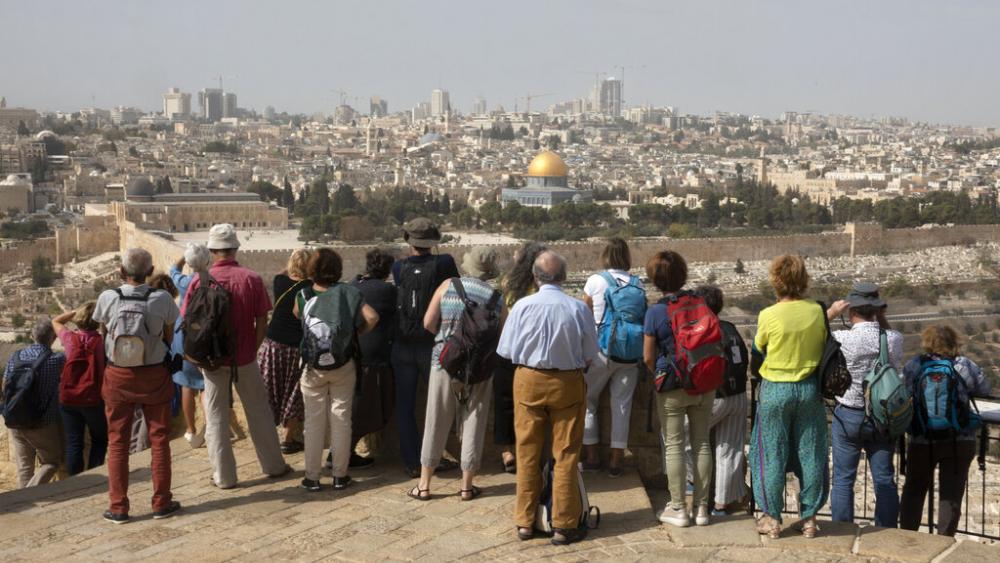 JERUSALEM, Israel – More than 100 participants from around the world took part in the Israel Government Press Office’s 5th Christian Media Summit on Thursday. Due to the COVID-19 pandemic, it was held virtually for the second year in a row.

This year’s summit was titled “Abraham Accords and Abrahamic Religions: Partners in Peace” and focused on the historic peace deals Israel has recently made with its Arab neighbors.

You can watch the summit by clicking the video below.

Israeli Prime Minister Naftali Bennett spoke of the challenge of radical, militant Islam that is sweeping the Middle East and Israel’s relationship to Christians.

Israel signed the historic Abraham Accords with four Arab states starting with the United Arab Emirates last year. Former Prime Minister Benjamin Netanyahu was given credit for his work in bringing about those accords.

“The Abraham Accords were a historic turning point. This is the first time Israel made peace for peace, peace with four Arab nations: United Arab Emirates, Bahrain, Morocco and the Sudan. Peace that was benefitting the peoples of both sides in economy, in trade, tourism, in technology – in so many areas,” said Netanyahu.

The summit brought together religious leaders from Judaism, Christianity and Islam and focused on how they can work together for peace.

“As builder of a new community, we’ve taken inspiration from our predecessors and in particular the Christian missionaries, who 50 or 60 years ago built hospitals, reduced infant mortality and demonstrated to all of us as religious leaders what the real purpose of our role is, which is to give help and succor to others,” said Orthodox Jew, Ross Kriel, Jewish Community Representative to the Dubai Government.

Pastor Richard H. Liverance, Former Regional Marketing Director for the Ministry of Tourism, said there are several lands mentioned in Scripture “but no single place is more important to biblical studies than Israel.”

“A trip to Israel deepens love and passion for the things of God like few other things I know,” he said.

Ahmed Obaid Al Mansoori, Founder of the Crossroads Of Civilizations Museum, said the Abraham Accords “gave to the world hope” in the middle of a deadly pandemic.

KAIROS Company founder and President of The Congress of Christian Leaders, Rev. Johnny Moore addressed the issue of anti-Semitism.

“We’ve taken for granted this amazing time that we’re living in, where for centuries, we’d consider it almost the parting of the Red Sea for a friendship between the Jewish people and between the Christian community around the world,” Moore said.

Glenn Plummer, the Bishop of Israel for the Church of God in Christ, spoke about the relationship of America’s Black Church to Zionism and Israel, what they called “Black Zionism.”

“I think that it is Dr. Martin Luther King who best defined it. This is not a new concept. I only mention him because that was 50 plus years ago. Dr. King himself defines Zionism,” said Plummer.

Panels examined press coverage in the UAE and Bahrain since the accords as well as how the Abraham Accords have impacted the relationship between Israeli Arabs and Jews.

The conference ended with an invitation for Christians to come to Jerusalem, the city Jews around the world yearned for over the millennia.

“Jerusalem was conquered, raised and now rebuilt. Jerusalem is here in our heart waiting for you to come and visit. And to that we say together: next year in Jerusalem!” said Nitzan Chen, Director of the Israel Government Press Office.