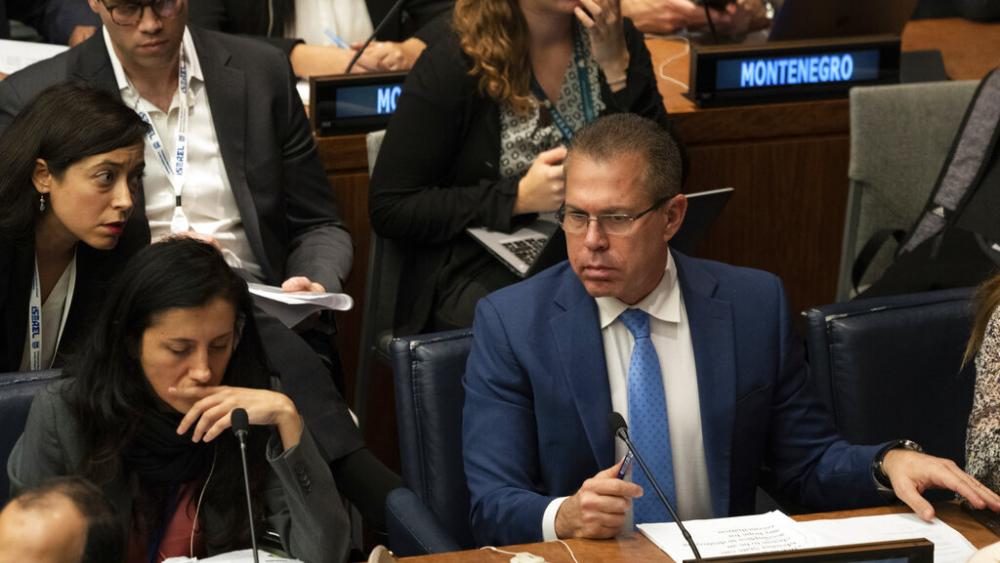 JERUSALEM, Israel – The United Nations General Assembly passed a resolution Thursday by a 90-30 vote to commemorate the Palestinian "Nakba" or day of catastrophe coinciding with the 75th anniversary of the birth of modern Israel in 1948. Israel's UN Ambassador Gilad Erdan called the vote a "disgrace." The US, Australia, the UK and Canada were among the nations that joined Israel in voting against the resolution.

The Palestinian-sponsored resolution supports "a commemoration of Nakba (catastrophe), including by organizing a high-level event at the (UN) General Assembly Hall," in May, 2023, which will also mark the 75th anniversary of Israel's reestablishment as a nation.

It also calls for "relevant archives and testimonies" supporting the Palestinian narrative of the 1948 events. Egypt, Jordan, Senegal, Tunisia and Yemen co-sponsored the resolution with the Palestinians. Egypt and Jordan were two of the nations which attacked Israel immediately after it declared independence.

In the debate before the vote, Erdan asked the assembly, "What would you say if the international community celebrated the establishment of your country as a disaster? What a disgrace." He added, “The Palestinians’ lies must no longer be accepted on the world stage, just as this body must stop allowing the Palestinians to continue pulling its strings. I urge you all to stop blindly supporting the Palestinians’ libels.”

Ukraine, which angered Israeli leaders by supportiing a Palestinian UN resolution last month, while simultaneously asking Israel for defensive weapons systems, did not vote on this resolution. Other nations such as Egypt and Jordan, which have relations with Israel, supported the Palestinians. They include Azerbaijan, Bahrain and Morocco.

While the Palestinians demand displays and exhibits concerning the Palestinians' expulsion from their homes during the 1948 war, Israel unveiled its own display telling the story of Jews who were expelled from countries in the MIddle East and North Africa.

The General Assembly also voted for three other pro-Palestinian resolutions Thursday, including one calling on Israel to withdraw from the Golan Heights. Israel annexed the Golan in 1981.