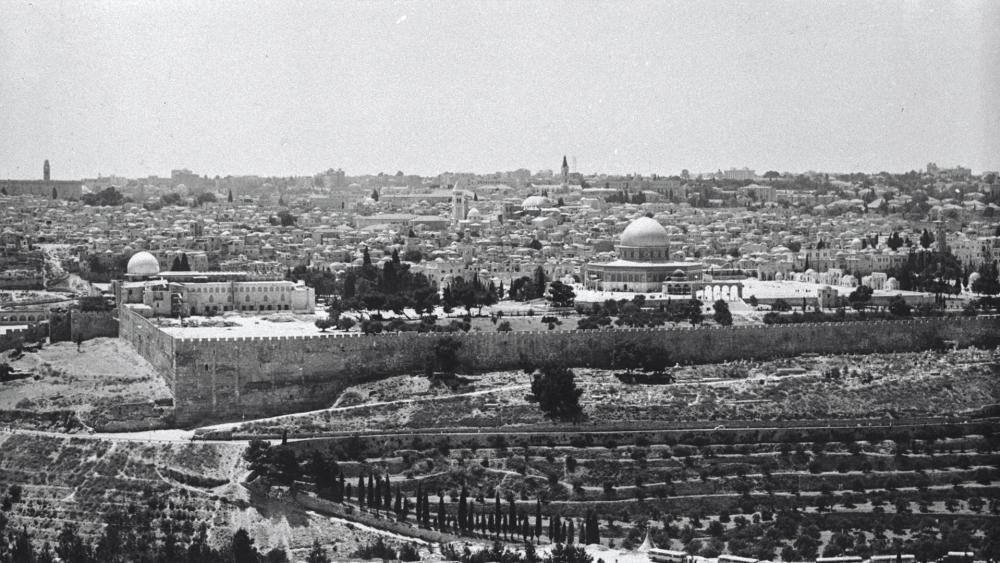 Long before digital cameras, cellphones and computers, one Jewish organization not only helped develop Israel, it documented the Land’s history in pictures.

Deep inside an office building in Jerusalem is a room full of file books on shelves. It might look like an old storage room but in reality, it’s the KKL-JNF Photo Archive – a treasure trove providing a pictorial history of Israel.

“This is the place where we can find printed photographs taken from early 20th century and all the way till the end of the printed material era,” said Efrat Sinai, Head of the Keren Kayemet L’Israel – Jewish National Fund or KKL-JNF Photo Archive.

“We have some amazing historical footage here of cities in Israel as they were developing – such as Jerusalem, such as Tel Aviv and Haifa. We have, the kibbutzim, the moshavim,” Sinai told CBN News. 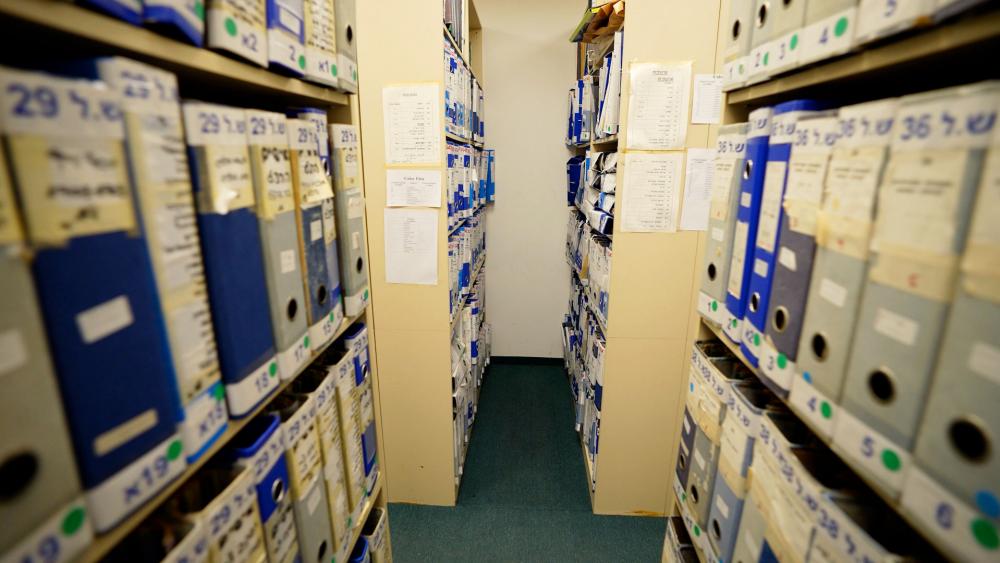 Decades before the Jewish state’s birth, KKL-JNF was breaking ground.

“KKL-JNF is an organization that was established 120 years ago aimed at buying, purchasing the land in Eretz Yisrael [the Land of Israel], right here in Israel and also developing it, which means preparing the land after purchasing it for housing, building new communities, helping people get here so they can fully establish and inhabit these homes,” Sinai explained.

She cameras have continued snapping history since the beginning.

“KKL-JNF used to send photographers to different corners all over Israel. So, they can capture what is going on. The places, the new places that are being built and established the faces of the pioneers, all that spirit of creating something new. And that's, what's created, this unique and very important collection that we have here,” she said. 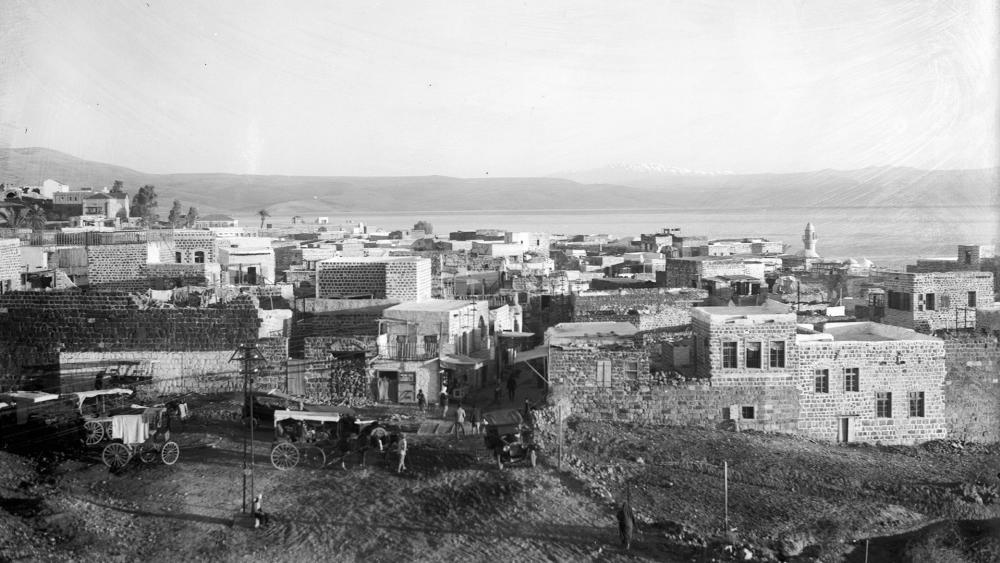 One of Sinai’s favorites is of David Ben-Gurion, Israel’s first prime minister in a unique pose wearing “cool sunglasses.”

“And there’s another picture I really like, David Ben-Gurion on the day of the Declaration of Independence while he's still working out the draft of that declaration,” she said.

Other photos include street celebrations as Israel celebrated it’s first birthday in 1949.  They include rabbis bringing out Torah scrolls – the first five books of the Bible.

“We can see how everyone used to go out to the balconies and watch the parade. You can also see the familiar streets of Jerusalem [including] King George Street, for example, taken in 1950,” she said.

“We have photographs taken in Martyrs’ Forest planted in the early 1950s,” she said. “This forest has six million trees planted to commemorate the six million Jews who perished in the Holocaust.”

According to Sinai, it’s estimated there were around 14,000 trees here when the Ottoman Turkish empire ended more than 100 years ago.

“Starting in 1908, we started trying to plant trees here. You will find a botanical variety. And nowadays we're talking about over 240 million trees planted all over Israel,” Sinai said. 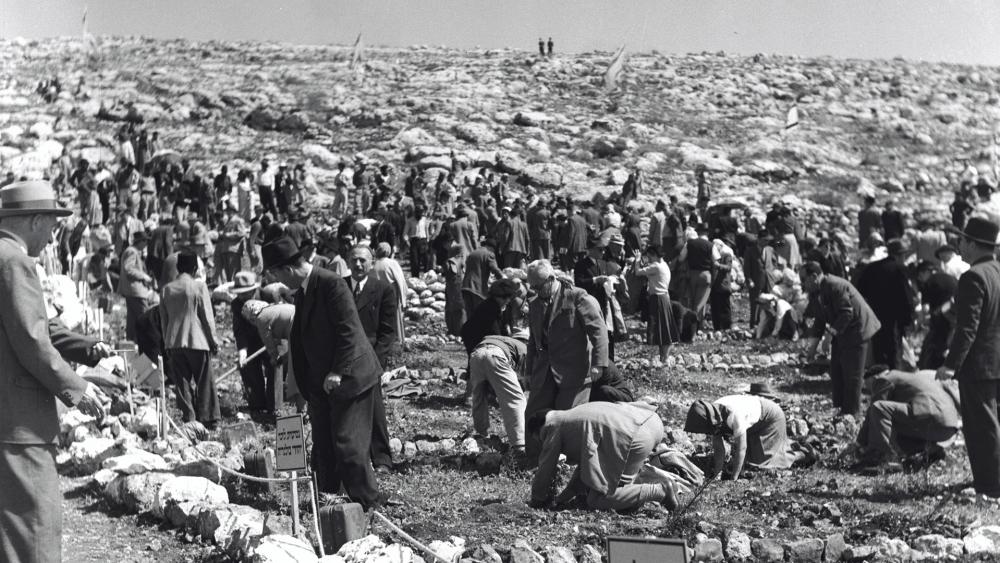 Courtesy KKL-JNF Photo Archive - Tree Planting in Martyrs’ Forest in Honor of those Murdered in the Holocaust, 1951

There’s also historic Jerusalem with photos overlooking the city from the Mount of Olives; the distribution of pasteurized milk to babies, the railway station from 1927 and the Western Wall in 1941.

There are also photographs of Tiberias on the Sea of Galilee, pioneers building agricultural communities called kibbutzim and moshavim and glass plate negatives used before the gelatin kind.

In one glass plate negative taken in 1924, it’s possible to see the beginnings of Tel Aviv and how it rose from the sand. 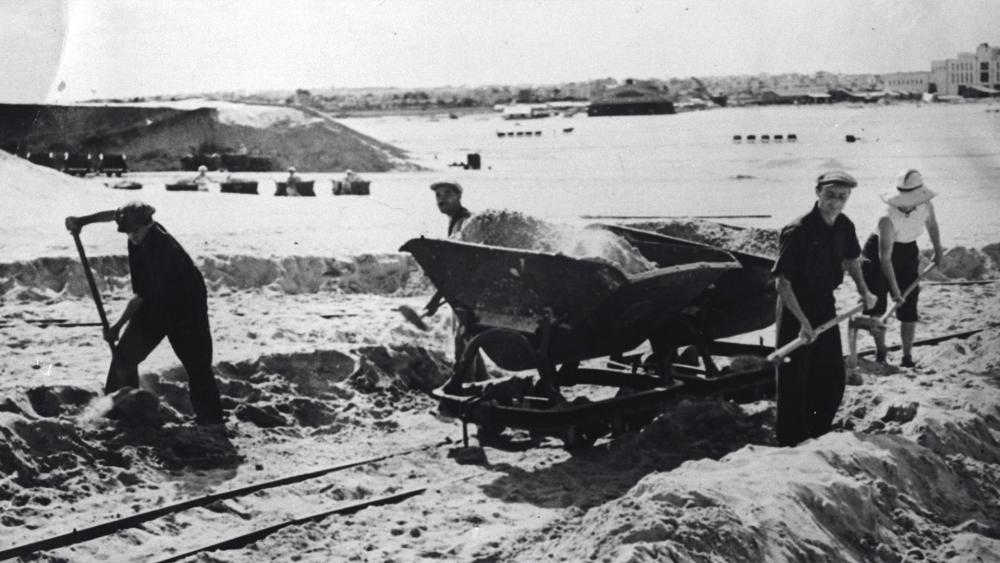 Throughout each year, KKL-JNF shares its historic highlights at exhibitions around Israel and elsewhere, like one that took place recently at the International Expo in Dubai.

“We're displaying photographs two and a half meters wide, historical photographs of Jerusalem that where colorized,” she explained.

Using an innovative, colorization technology along with research into the culture and fashion of the time, the KKL-JNF says they try to breathe new life into history.

Many of the photos are now digitized and the archive can be viewed online in Hebrew and will soon be available in English. It currently has more than a million photos and like the State of Israel itself is still growing.