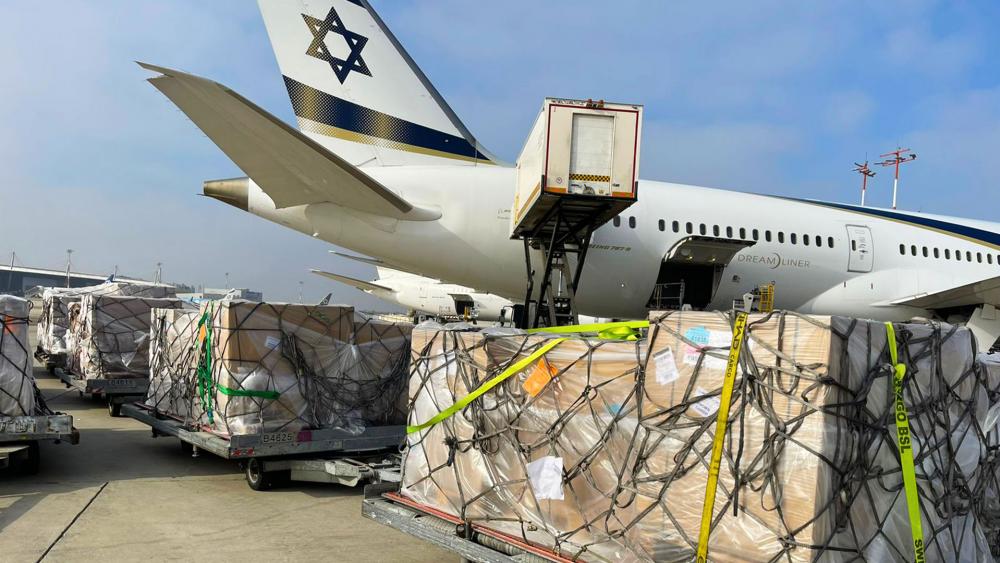 Defensive military supplies Israel sent to Ukraine: Image credit: Department of Production and Procurement in the Israel Ministry of Defense

Israel’s Defense Ministry said in a statement that it delivered “2000 helmets and 500 vests for emergency and civilian organizations in Ukraine.” This is the first time Israel has given Ukraine military aid since Russia invaded in February.

Since Russia began its invasion of Ukraine, Israel has attempted to walk a diplomatic tightrope between the warring nations. Israel collaborates with Russia on airstrikes against Iranian targets inside Syria, and Russia and Ukraine both countries have significant Jewish populations.

Ties deteriorated even further after Russia’s foreign minister made anti-Semitic remarks and invoked the Holocaust to falsely accuse the Ukrainian government of being run by neo-Nazis.

Ukrainian President Volodymyr Zelensky has called on Israel to share its Iron Dome missile defense system to defend against Russia's air attacks. However, an unnamed senior official told The Times of Israel that Jerusalem will not send Ukraine weapons or advanced military technology to avoid provoking Moscow.