Despite Objections over Ben-Gvir, Netanyahu Moves Ahead with Coalition Talks 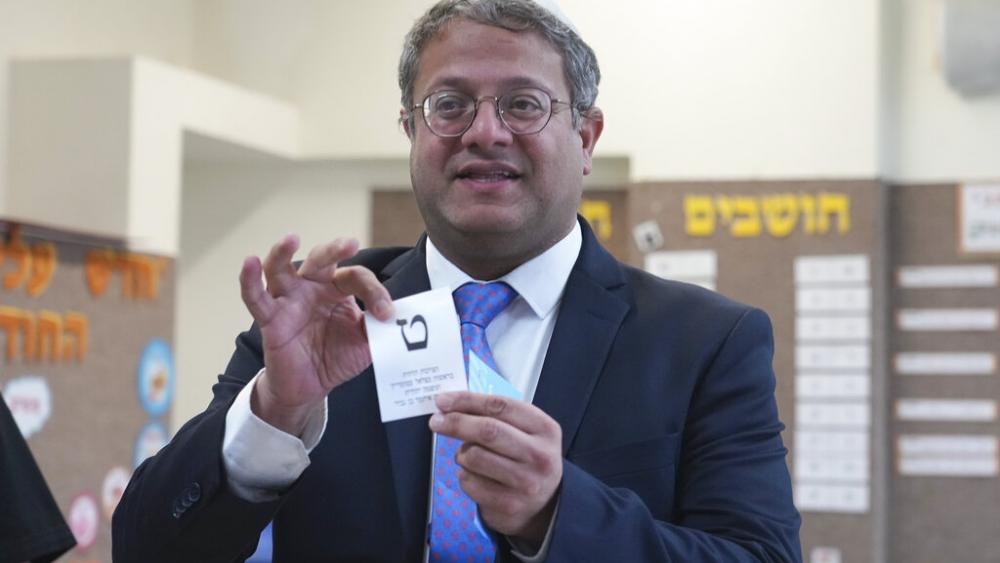 Ben Givr’s Otzma Yehudit Party joined other to create the Religious Zionist Party, which won 14 seats in the November 1st elections, making it the third largest party in the Knesset. However, during meetings with the various parities after the election, Israeli President Isaac Herzog was caught on a hot microphone saying the "entire world" was anxious about Ben-Gvir.

The U.S. State Department condemned Ben-Gvir when he attended an event honoring the late Meir Kahane, who was assassinated in New York in 1990. Kahane advocated expelling Arabs from Israel, and Ben-Gvir admired him as a teenager.

Ned Price, State Department Spokesman, said of Ben-Gvir, "Celebrating the legacy of a terrorist organization is abhorrent. There is no other word for it. It is abhorrent. And we remain concerned, as we said before, by the legacy of Kahane Chai and the continued use of rhetoric among violent right-wing extremists."

Israeli journalist and columnist Ruthie Blum told CBN News that Ben-Gvir has changed and modified his views from more than thirty years ago.

At the scene of last Wednesday's terror attack that killed two Israelis and injured more than a dozen, Ben-Gvir gave an idea of what actions he would advocate as Israel's National Security Minister. He said,"I say in a clear way: We must exact a price from terror. Go back to targeted assassinations, to stop the parties in the security prisons, to stop the (Palestinian) authority supporting terrorism payments. This can be done, I'm not talking politics, we have to establish a government as fast as possible."

Despite the views of the State Department and rest of the Biden administration, who many Israelis believe unfairly meddled in their recent election, an Israel Channel 12 survey from a few days ago showed that nearly a majority of those surveyed, by a 49 to 46 margin, approve of Ben-Gvir's prospective appointment.