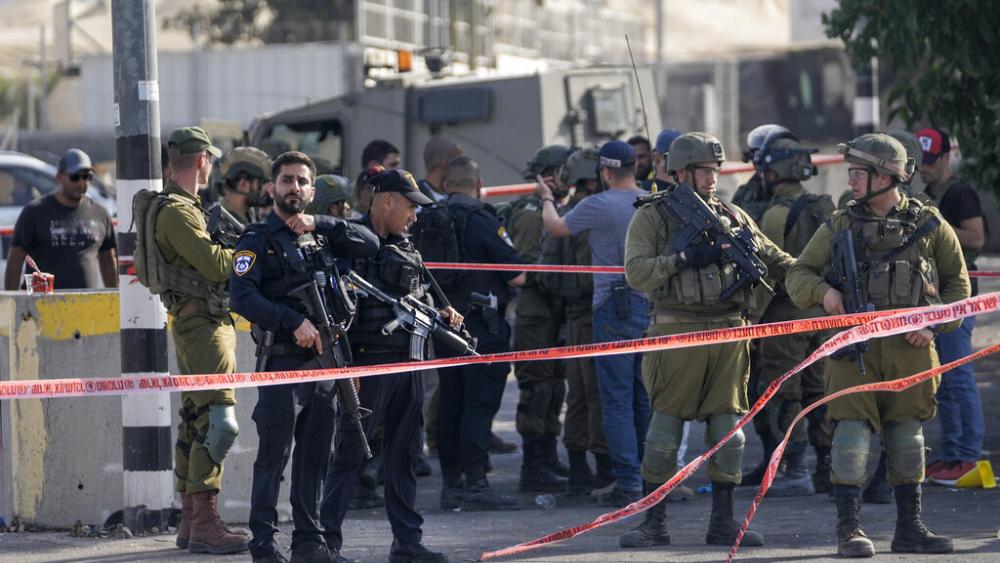 JERUSALEM, Israel – Overnight, an Israeli soldier was killed when his unit came under fire from two Palestinians trying to cross the security fence.

According to an Israel Defense Forces spokesman, the troops believed the Palestinians might be jobseekers, trying to cross the fence, and only realized they were terrorists when they fired on the troops. Troops returned fire and killed the two terrorists.

The spokesman, who briefed journalists on condition of anonymity, said they believe the terrorists intended to attack a nearby IDF outpost but have no way to confirm that.

Israeli Prime Minister Yair Lapid hailed Maj. Bar Falah, the Deputy Commander of the Nahal Brigade Reconnaissance Unit, as a “dedicated soldier, who fought terror and led his troops until his last hour.”  Lapid added that the operation in which he was killed “thwarted a major terrorist attack and saved lives.”

Palestinian media later revealed that one of the gunmen was a member of the Palestinian Authority security forces, which is supposed to help Israel battle terrorism in the West Bank. Lapid said the fact that one of the gunmen was a PA intelligence officer means Palestinian leaders have become too weak to stamp out terrorism in areas under their control. He also called the incident "an escalation."

“We will not hesitate to act anywhere the Palestinian Authority does not enforce order,” Lapid said. “The IDF and the Shin Bet are prepared for any scenario to prevent terrorism from raising its head… Israel will cause serious harm to anyone who tries to harm it.”

Israel has been warning about potential outbreaks of terrorism ahead of the upcoming Jewish holidays beginning with Rosh Hashanah later this month.

The director of Israel’s Shin Bet security agency says there’s been an upsurge in Palestinian terror attacks this year. Speaking at a counter-terrorism summit at Reichman University, Ronen Bar, head of Shabak (abbreviated by the Hebrew letters Shin Bet) pointed to a massive increase in shooting attacks against Israeli troops and civilians in the West Bank.

As Israel heads to its fifth election in three years in November, Bar says a sense of uncertainty has led to more attacks.

“From the intelligence that we have read, from the investigations of attackers we have conducted, and also from many years of familiarity with our adversaries, wherever they are, we can say today without a shadow of a doubt, the political instability, the growing internal division… are an encouragement to the axis of evil, to the terror organizations and individual attackers,” Bar said.

In an operation called, “Break the Wave,” the IDF stepped up its counterterrorism raids in Palestinian areas several months ago. That led to a warning, according to Israel’s public broadcaster Kan, from Egypt that Israel back off, saying it worries about escalation and the possibility of the situation spinning out of control.

Bar said at the conference that Iran is the “underlying problem,” a sentiment echoed by former Israeli intelligence officer Avi Melamed.

Click above to watch the full interview with Avi Melamed

According to Melamed, another contributing factor behind the violence is that the Palestinian Authority is at a “crossroads.”

“The term of the Palestinian president Mahmoud Abbas seemingly is towards the end. There is already an ongoing process where potential rivalries are (taking a) conflict position. There (are) a lot of weapons in the West Bank,” he warned.

Should Abbas leave the picture, Melamed describes one scenario being a power vacuum leading to an internal armed struggle between Palestinian factions.

And even now, there’s a weakening of the Palestinian Authority’s sovereignty in parts of the West Bank, in places like Jenin, Hebron and Nablus.

“This is a very alarming process. And this is by the way, one of the major reasons Israel is constantly and recently increasingly (intercepting) that phenomenon, and particularly in those hubs or pockets,” said Melamed.

According to Bar, the PA security forces need to be strengthened to restore calm and the Palestinian public wants that, too. But it’s up to the PA to do it.