'We Believe in Miracles': Prayer and Fasting in GA as Future of US Senate at Stake in Tuesday Runoffs 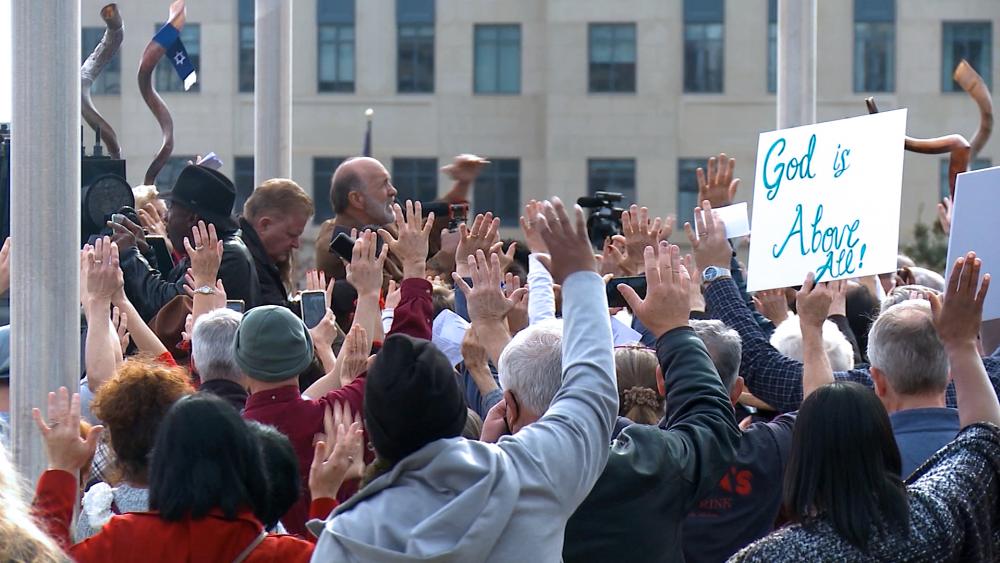 A Georgia prayer march was held for the Senate runoff races of Raphael Warnock vs. Sen. Kelly Loeffler, and Jon Ossoff vs. Sen. David Perdue.
6220057834001
'We Believe in Miracles': Prayer and Fasting in GA as Future of US Senate at Stake in Tuesday Runoffs

Tomorrow is runoff election day in Georgia where more than three million people have already voted. Now comes the final push to get people to the polls.

Over the weekend hundreds gathered at the Georgia statehouse to march and pray for biblical values to be exalted in the Senate runoff elections. Organizers also encouraged participants to fast until polls close and do whatever they can to help voters understand what's at stake.

With hundreds hitting the streets, circling the capitol building in downtown Atlanta, prayer march organizers made sure people understood this was not a concert or a convention, but a prayer meeting.

"And we believe in miracles," said attendee Lauren Voyles. "We believe He parted the Red Seas, we believe that the walls of Jericho fell because believers got together, took a stand and prayed, fasted and repented. We have to do that again as a country or we're lost."

"And we're declaring that this state belongs to the Lord," said Pastor Garland Hunt who attended the march. "We have a biblical foundation and only those with biblical values or the closest to biblical values should be in office."

Though no specific candidates were named during the march, the crowd was made up of mostly evangelicals who widely support Republicans, championing causes such as the life issue and Israeli sovereignty.

Bryant shares a different biblical view of the runoff.

"I think it's very scriptural and it calls us into accountability of a small line in sacred text that we often jump over: 'have you considered the poor?' And that this election is about health care, about employment opportunities, it's about safeguarding higher education and student loan debt," he said.

Meanwhile, candidates themselves made the cable news rounds over the weekend making their final pitches. There are two separate races happening: Raphael Warnock vs. Sen. Kelly Loeffler, and Jon Ossoff vs. Sen. David Perdue.

"I am feeling very encouraged by what is happening here on the ground in Georgia," said Democratic candidate Warnock. "We've had more than 3 million people vote early and it is because they understand how much is at stake."

"Radical, liberal Raphael Warnock is my opponent, he is someone that would fundamentally change this country," said Republican Sen. Loeffler.  "His values are out of step with Georgia."

"Look, I don't think I should be in this runoff if everything had happened the way it should have in November," noted Republican Sen. Perdue. "But, the only recourse we have is to rise up and get out and vote on January the fifth."

Both President Trump and President-Elect Biden will be in Georgia today pushing the electorate to show up at the polls tomorrow.  The understanding is clear, that margins are thin and every vote counts.