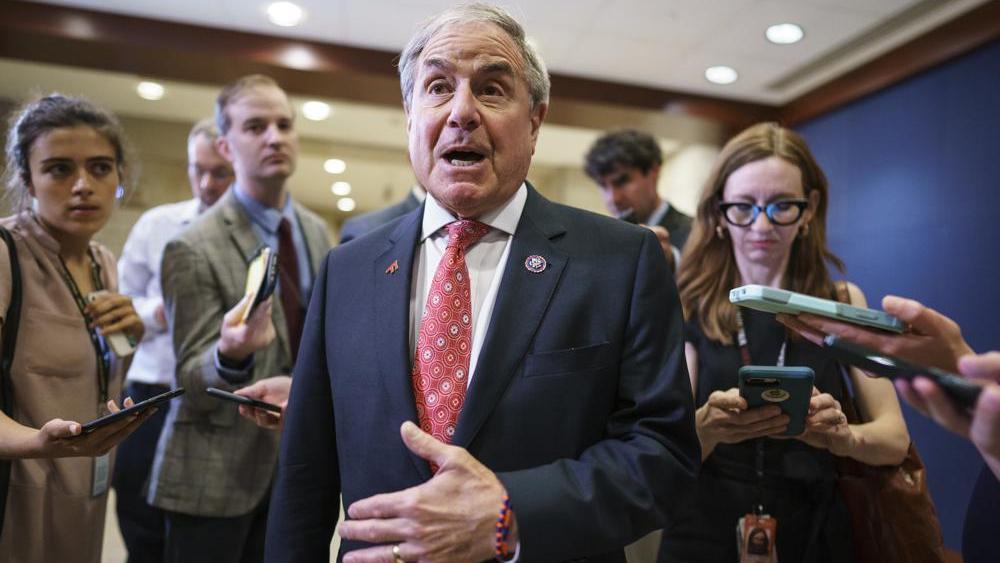 Democrats are moving forward on two different paths for an infrastructure bill – one with Republican support, and one without.

This comes as the White House is giving a bipartisan group of ten senators a little over a week to strike a deal that will pass the House and Senate.

While for many years both sides have expressed interest in working together on a comprehensive infrastructure plan, they can't agree on the details.

"This is as clear as day...no climate, no deal," said Sen. Ed Markey, (D-MA) in a press conference this week.

Markey believes an infrastructure bill must address climate change, and if Republicans won't do that, it's time for Democrats to go their own way.

"We cannot let Republican calls for bipartisanship deny the American people the climate action that they have been demanding," continued Markey.

Senator Susan Collins, one of the ten senators negotiating the bipartisan plan, told CBS' Face the Nation their bill is focused on traditional infrastructure.

"We are focusing on the traditional infrastructure definition," explained Collins. "Roads, bridges, airports, seaports, waterways, highways, broadband and I think that makes sense."

The plan would cost $1.2 trillion dollars over eight years and be partly funded by repurposing COVID-19 relief money.

"If you look at what's been spent, there literally is hundreds of millions of dollars in the pipeline going back to the original CARES Act that was passed in March of last year," continued Collins.

If it passes, Democrats will then try to accomplish the rest of their agenda through a separate reconciliation bill which only needs 50 votes.

"A lot of my Democratic colleagues made very clear to me, and I get it, that you can't count on their vote for this more traditional infrastructure package if there's not a second effort, which we call reconciliation," Sen. Mark Warner told The Washington Post.

Warner, who's also working on the bipartisan infrastructure plan, says the reconciliation bill wouldn't be as aggressive as what President Biden laid out, but could include tax reform.

"This is a once in a generation opportunity to take on the challenge around climate change, and we would be irresponsible if we didn't take those actions," claimed Warner.

Minority Leader Mitch McConnell is hopeful they'll move forward on an infrastructure plan that does two things: does not revise the 2017 tax bill and includes a way to credibly pay for it.

"Those are the only two things I'd like to see," McConnell told reporters.

Majority Leader Chuck Schumer said this week the Senate plans to take up both the bipartisan infrastructure bill and the budget reconciliation plan in July.