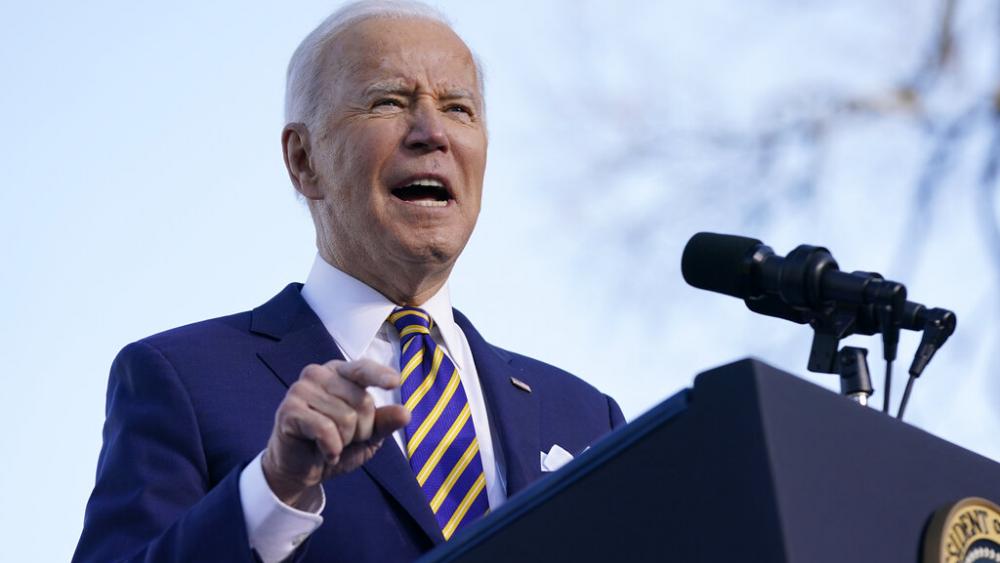 During a speech on the grounds of Morehouse College and Clark Atlanta University on Tuesday, a fired-up President Joe Biden invoked the civil rights battles of the 1960s, challenging senators to stand against what he calls “voter suppression."

Biden pushed for lawmakers to move forward with election reform, going so far as to call for a change in the Senate rules regarding filibusters.

“I believe that the threat to our democracy is so grave that we must find a way to pass this voting rights bill. Debate them. Vote. Let the majority prevail,” said Biden. “And if that bare minimum is blocked, we have no option but to change the Senate rules including eliminating the filibuster for this."

The push is seen by some as an effort to pass meaningful legislation after his multi-trillion dollar social spending plan took a fatal blow before Christmas.

"A Build Back Better essentially was stalled by Manchin late last year, we saw Democrats immediately pivot towards voting rights. They want to pass a landmark piece of legislation before the midterm - something their candidates down the ballot can point to and say this is what we did and voting rights at this moment is that piece of legislation,” says Julia Manchester, a reporter for The Hill.

Some voting rights proponents are so skeptical they didn't show up for the speech, including Georgia democrat gubernatorial candidate Stacy Abrams.

Manchester doubts Biden’s explanation that Abrams’ absence was due to a scheduling conflict. “It’s sort of hard to believe that there could be a scheduling conflict when the president of the United States is taking a visit to the biggest city in the state you're running for governor for. I think that tells the real story,” she adds.

The president maintains that the Voting Rights Act is necessary to counter Republican-led changes in voting rules in 19 states, including Georgia, that Democrats contend restrict access to minority voters.

“It makes it illegal to bring your neighbors and fellow voters food or water while they wait in line to vote. What in the heck are we talking about? I mean, think about it. That's not America. That's what it looks like when they suppress the right to vote,” said Biden.

Biden claims to be discussing “voting rights.” Do not be fooled. What he wants is a federal takeover of the election system that ensures Democrats win every future election. Total power grab.

But in the evenly divided Senate, the bill has no chance of getting the 60 votes needed to overcome a GOP filibuster. The president says he'll support a one-time change in the filibuster rule to pass the bill.

Senate Minority Leader Mitch McConnell says that will break the Senate. "The Senate Democratic leader is trying to bully his own members into breaking their word, breaking the Senate,” said McConnell.

However, some Senate Democrats aren't ready to back the plan. West Virginia's Joe Manchin and Arizona's Kyrsten Sinema are not on board.  “We need some good rule changes to make the place work better but getting rid of the filibuster doesn't make it work better,” said Manchin.

Meanwhile, a controversial law allowing non-citizens to vote went into effect in New York this week. While it doesn't apply to state and national elections, the democrat city council and newly elected democrat mayor support the law giving 800,000 non-citizens the right to cast ballots in local elections.”