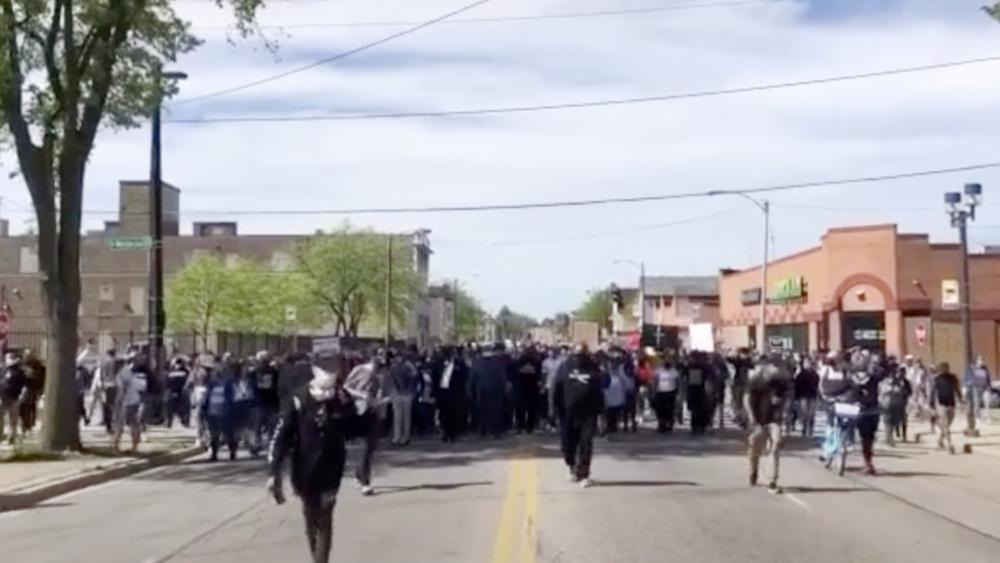 If you turn on any cable or network news channel, you’ll be bombarded by despair and destruction, but that’s not what it looks like everywhere.

For example, there was one recent protest in Milwaukee, following the unjust killing of George Floyd, whose life ended after a former Minneapolis police officer held his knee on the 46-year-old man’s neck for nearly 10 minutes.

The ex-officer, Derek Chauvin, has since been arrested and charged with third-degree murder and second-degree manslaughter.

Mr. Floyd’s death has sparked unjustifiable violent riots as well as peaceful demonstrations all around the country. While the former is getting plenty of attention, it’s also important to know there is reason to be hopeful, because not all of the protests look like that.

In Milwaukee, an army of protesters marched as they sang the popular worship song “Way Maker.”

As for the violence, even Mr. Floyd’s own family is calling for it to stop.

Mr. Floyd’s younger brother, Terrence, told ABC News, “The anger, damaging your hometown is not the way he’d want.” And during a speech at a rally in Minneapolis, he said, “Do this peacefully, please. … I highly doubt — no, I know — he would want y’all to be doing this.”

“More nights with scared children is not a good night,” she said.