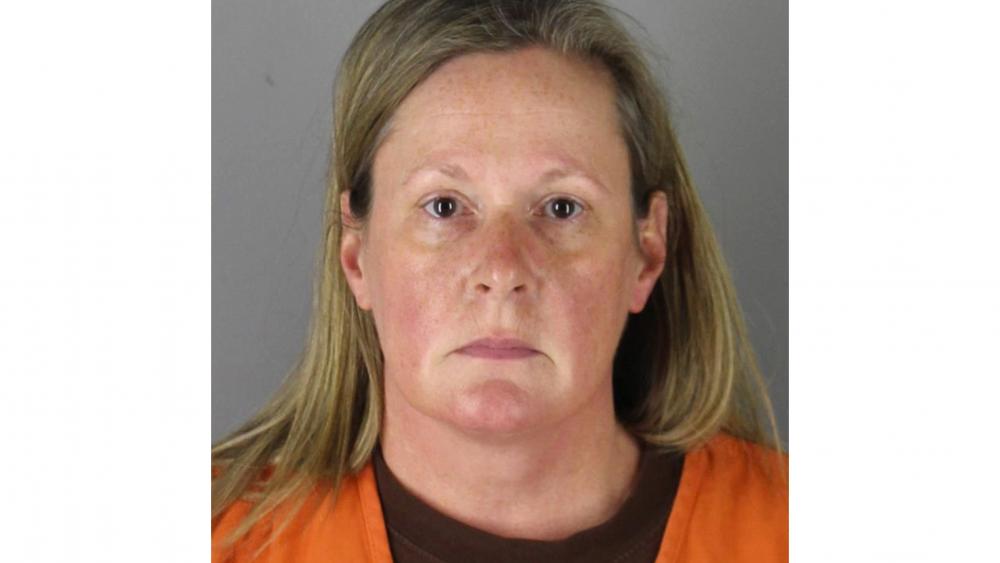 BROOKLYN CENTER, Minn. (AP) — A white former police officer faced her first court appearance Thursday in the traffic-stop shooting of a Black motorist that has engulfed a small Minneapolis suburb with four straight days of bitter conflict between protesters and police.

Kim Potter, who quit her job on the Brooklyn Center force two days after Daunte Wright's death, was charged Wednesday with second-degree manslaughter in what her chief said appeared to be a case of confusing her Taser with her handgun.

Many protesters and Wright's family members have rejected that, saying either that they don't believe it or that the incident reflects bias in policing, with Wright stopped for an expired car registration and ending up dead.

Wright, a 26-year veteran, was training another officer at the time of the stop. She was arrested Tuesday and later freed after posting a $100,000 bond.

Wright's death came as the broader Minneapolis area nervously awaits the outcome of the trial for Derek Chauvin, the first of four officers charged in George Floyd's death.

“Certain occupations carry an immense responsibility and none more so than a sworn police officer,” Imran Ali, Washington County assistant criminal division chief, said in a statement announcing the charge against Potter. “(Potter’s) action caused the unlawful killing of Mr. Wright and she must be held accountable.”

Intent isn’t a necessary component of second-degree manslaughter in Minnesota. The charge — which carries a maximum penalty of 10 years in prison — can be applied in circumstances where a person is suspected of causing a death by “culpable negligence” that creates an unreasonable risk and consciously takes chances to cause a death.

Potter's first court appearance was expected to be via Zoom at 1:30 p.m. Her attorney did not respond to messages from The Associated Press on Wednesday.