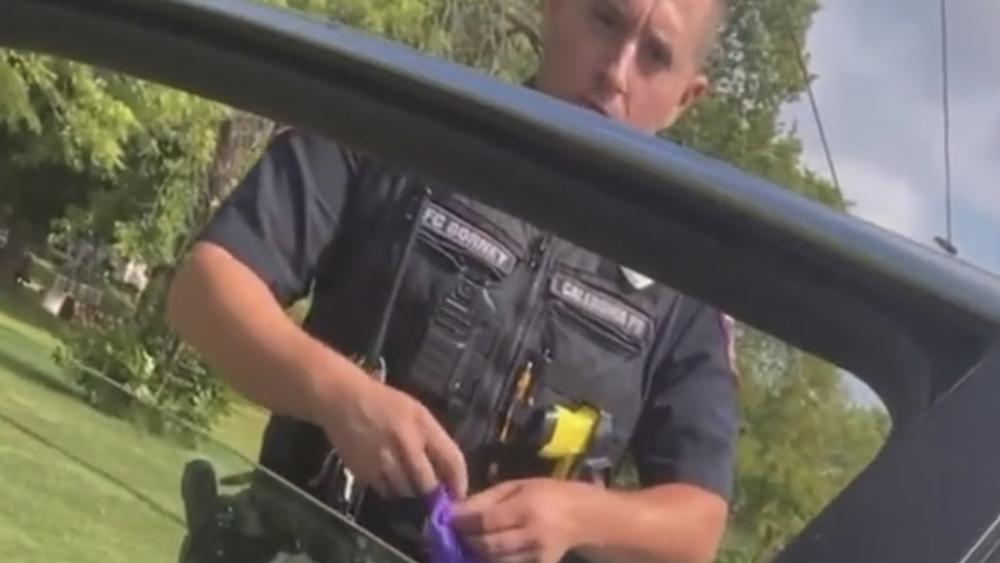 Activists on social media used a clip to claim a police officer in Wisconsin “planted evidence” inside the car of a driver pulled over last Wednesday.

In response to the viral 14-second clip, the Village of Caledonia Police Department released the officer’s bodycam footage showing the entire exchange between the accused cop and the man sitting in the vehicle who recorded only a portion of the ordeal.

In the video, the passenger in the car asked the officer: “Hey, bro, what’s that?” He was referring to a plastic baggie in the seat behind him.

“What’s what?” replied the officer.

“What you just threw in here,” the man responded. “I got you on camera, bro.”

“I got you on camera,” the police officer said. “So we’re all good.”

The man sitting in the passenger seat then pointed his phone at a plastic baggie the officer appeared to toss into the backseat of the car.

While the man suggested the cop planted the “evidence,” the full video released by Police Chief Christopher Botsch showed something entirely different.

According to bodycam footage released by the police department Saturday, the baggie in question had been retrieved from a passenger in the seconds before the viral clip began. The video circulating on social media only showed the officer returning the bag to the vehicle.

Botsch revealed the driver of the car was pulled over for traveling at 63 mph in a 45 mph zone. The driver was identified by her driver’s license. The front passenger, though, “lawfully declined to identify himself.”

The empty corner tear was turned over by the searching officer to another officer who was on scene. That officer turned it over to the officer who is seen on video. Since there were no drugs in the corner tear, the officers discarded the empty packaging material in the vehicle. This is what was observed in the video.

“While we would discourage officers from discarding items into a citizen’s vehicle, the video is clear that the officer is not planting evidence or doing anything illegal,” Botsch said, adding that no arrests were made and only a speeding ticket was issued to the driver.