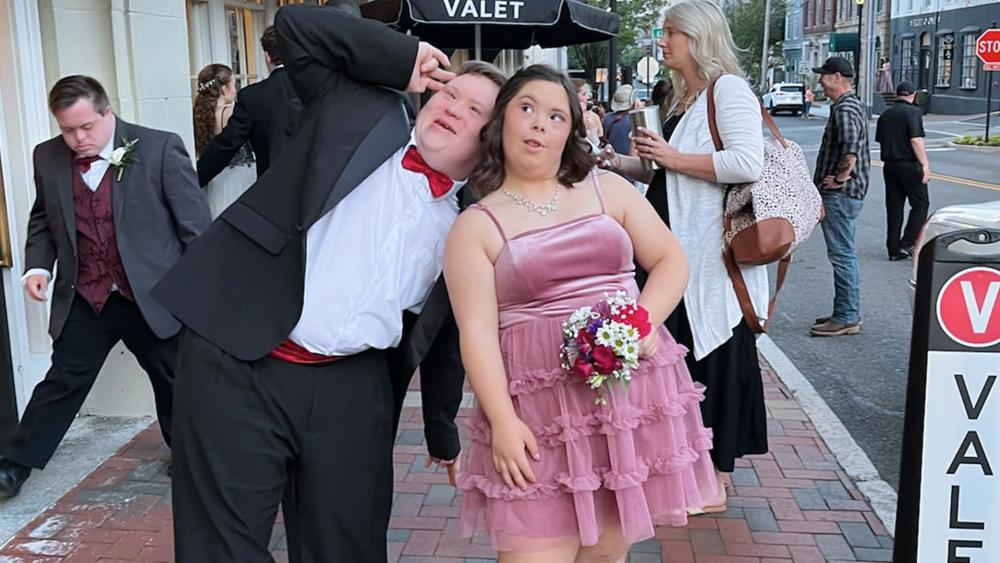 Being chosen as prom king or queen is something most high school students can only dream of, but that's exactly what happened to two very special students in Virginia.

Anna Anderson and Zane Wales were overjoyed to hear that the student body had chosen them.

Wales' father shared a video of the exciting moment on Facebook.

Teacher Heather Hevener told WSET that a plan had been in the works since February to pick the duo as king and queen.

"Probably in February or March, I had a few students like, 'You know what? This year, Zane Wales for prom king - let's do it!' So, they started the campaign on their own, and then, when we asked for nominations, Zane's name came through," Hevener said.

"They see these kids every day," she continued. "They walk the same halls with these same kids, and they just feel like they're part of them, so they wanted to make sure that they also really felt part of them."

Special Education Teacher Taylor Perkins pointed out that the community played a big part in making the night one that they would remember.

A local company even donated a limousine for the occasion.

"They're such fun-loving, free-spirited people," said Special Education Teacher Taylor Perkins. "Wherever Zane is, Anna is there too. It's fitting for them to be king and queen."

Meanwhile, an event that's designed entirely for young people with special needs is now set to make an in-person comeback.

Highlighting people with disabilities and special needs is so important to former NFL quarterback Tim Tebow that he created an annual event where these teenagers are treated like royalty.

Tebow's "Night to Shine" prom event was started in 2015 as a way "to bring faith, hope and love to those needing a brighter day in their darkest hour of need."

According to the Tim Tebow Foundation, this year's "Night to Shine" event was celebrated virtually on February 11. Nearly 450 churches hosted the event coast to coast and in 39 nations across the world.

But the foundation has just announced, that now that the pandemic is winding down, it plans to host its 2023 event in person.

"As we move into the planning stages of Night to Shine 2023, we do so with great anticipation that even more churches will answer the call and even more countries will be reached," Tebow said in a statement. "Our hope lies in the promises of the God who called us to this mission, and by His grace, we will move forward as He leads."