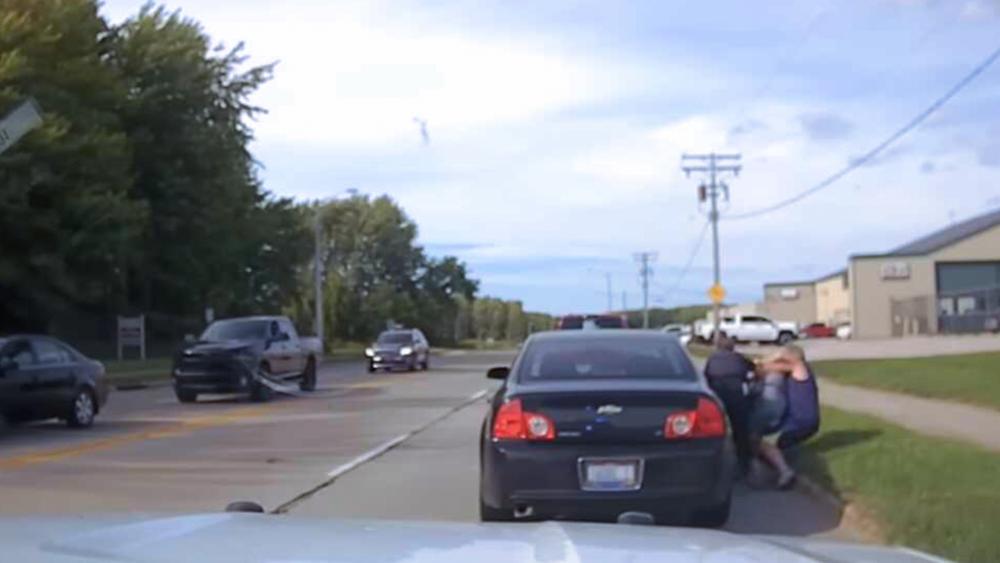 A group of good Samaritans is being hailed heroes after tackling and stopping a man who was allegedly assaulting a police officer.

The incident unfolded Sept. 10 in Willoughby, Ohio, when Officer Stacee Wright pulled a man over for speeding, and he reportedly exited the vehicle without being told to do so, WKYC-TV reported.

Things escalated after Wright asked him to take a seat, and he purportedly began shoving her.

That’s when a full-out physical altercation unfolded, with the entire ordeal being captured on dashcam video. As the clash unfolded, four individuals quickly intervened to stop the suspect.

Video shows one man jumping in to tackle the alleged assailant while others piled on to help.

Watch that moment at the 1:55-mark (CAUTION: Video contains cursing and violence):

“His behavior was aggressive towards her,” Willoughby Det. Sgt. Michael Sevel told WKYC-TV. “He refused several commands of hers — all of these are red flags. So we’re thankful it ended the way it did, because it could have ended worse.”

Wright sustained minor injuries and was treated at a local hospital before being released.

“I would like to personally thank several great Samaritans and our wonderful community for their quick action and support,” he wrote. “I am so proud of our community and the tremendous support we receive on a day-to-day basis. Saturday was another awesome example. I greatly appreciate it!! Thank you!”

Suspect David Koubeck, 64, is charged with resisting arrest, speeding, and assault on a police officer; Koubeck will have a preliminary hearing Sept. 22, according to WOIO-TV.