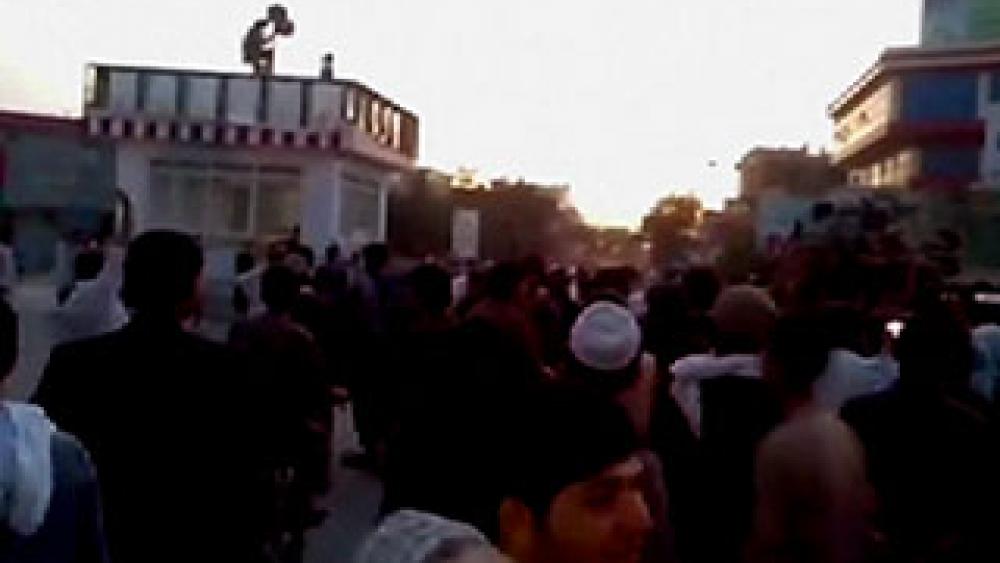 It also showed elite U.S.-trained Afghan government forces surrendering and shaking hands with Taliban commanders and U.S. Humvees now at the service of the rebel forces.

The top U.S. commander in Afghanistan, General Austin Miller, is worried about the rapid loss of districts around the country to the Taliban.

"The loss of terrain and the rapidity of that loss of terrain has to be concerning. We're starting to create conditions here that won't look good for Afghanistan in the future if there is a push for a military takeover," he said.

Most of Afghanistan is either already under Taliban control or is being contested.

The number of districts under Taliban control has doubled since the White House set September 11 as the deadline for a full troop withdrawal, which began under Donald Trump.

Pentagon spokesman John Kirby said, "We will complete the withdrawal of all U.S. forces out of Afghanistan with the exception of those that will be left to protect the diplomatic presence. And, two, that it will be done before early September as per the commander in chief's orders."

But retired four-star General Jack Keane told Fox News the Biden administration's assurances of support to the Afghan government remind him of similar assurances given by President Obama when the U.S. withdrew from Iraq, and what followed was a nightmare for the region.

"These are the similar statements that were made by the Obama administration in 2011 as our troops were withdrawing, and we know what happened as a result of that... we got ISIS," Keane explained.

The war in Afghanistan began 20 years ago, less than a month after 9/11.

The cost of the war has been a staggering $2.26 trillion.

One expert called it the largest failed global redistribution project in history.

But you'll hear no gratitude from former Afghan President Hamid Karzai, who says the U.S. has failed, and should just go.

Panic in Kabul is building as the Taliban march toward the capital. The government is now arming volunteers, and those who can leave are fleeing.

It will long be debated whether America should have ever gotten itself involved in Afghanistan, where so many other great powers failed to subdue the nation.

But America's departure is certain to bring more suffering and death to Afghanistan.