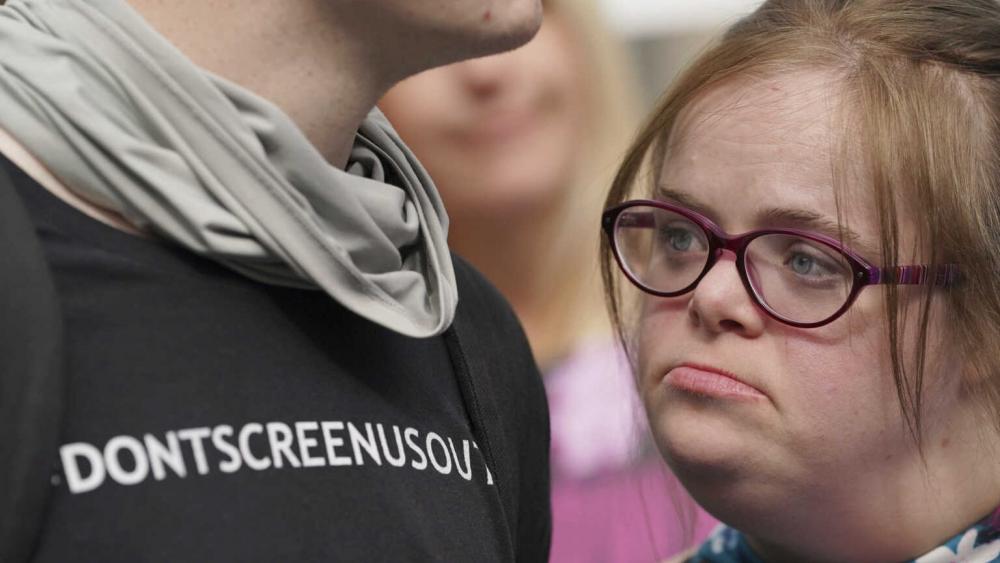 A 26-year-old woman with Down syndrome is vowing to “keep on fighting” after judges in the United Kingdom dismissed her case. She was challenging a pro-abortion law allowing women to terminate their pregnancies up until birth if prenatal testing shows the unborn baby will likely have Down syndrome.

Heidi Crowter — joined by a child with Down syndrome and 33-year-old Maire Lea-Wilson, who has a son with Down syndrome — filed a lawsuit against the Department of Health and Social Care, arguing the Abortion Act is discriminatory and in violation of the European Convention on Human Rights, according to The Associated Press.

“The government might not think it discriminates against me, but I’m telling you that I do feel discriminated against,” Crowter said outside the courthouse Thursday. “And the verdict doesn’t change how I … feel.”

“This is a very sad day, but I will keep on fighting,” she continued. “When [William] Wilberforce wanted to change the law on slavery, he didn’t give up, even when events didn’t always go his way. And when the going got tough, he kept going. And I’m going to do the same, because I want to see a change in the law to stop babies like me … being aborted up to birth because it’s downright discrimination.”

When asked by a reporter what message she wants to send out in the wake of the ruling, Crowter said she wants people like her to know, “We’re amazing just the way we are.”

Lea-Wilson, during an interview with BBC Radio, recalled the horror of facing repeated prodding from doctors encouraging her to abort her son. She told the outlet she was even asked if she wanted to terminate her pregnancy two days before her son was born.

“I’ve got two boys and I love and value them equally,” she said. “And this judgment effectively says my two boys aren’t viewed as equals in the eyes of the law, which just is incredibly wrong. We will keep fighting and keep showing how wonderful our lives are with our amazing children, friends, and family who happen to have an extra chromosome.”

Heidi Crowter's #Downrightdiscrimination case has been dismissed by the High Court.@MaireBrady's son has Down's syndrome. She reacted to the ruling with @katierazz

The law on the books now in England, Wales, and Scotland permits abortion up to 24 weeks into pregnancy. However, if prenatal testing shows there is “substantial risk” the yet-to-be-born child “would suffer from such physical or mental abnormalities as to be seriously handicapped,” that stipulation is waved, allowing abortion all the way to birth.

Paul Conrathe, the attorney representing the three claimants, described the judge’s ruling this week as “out of step with modern attitudes to disability.”

In the summer of 2017, CBS News published an article claiming Iceland had “virtually eliminated” Down syndrome from its society, with the country’s government boasting of “eradicating” the genetic disorder.

The truth, however, is that nearly 100% of women in Iceland have been aborting their children after receiving prenatal testing showing their unborn babies will likely have Down syndrome.

At the time, actor Patricia Heaton spoke out against the report.

“Iceland isn’t actually eliminating Down syndrome,” she wrote. “They’re just killing everybody that has it. Big difference.”