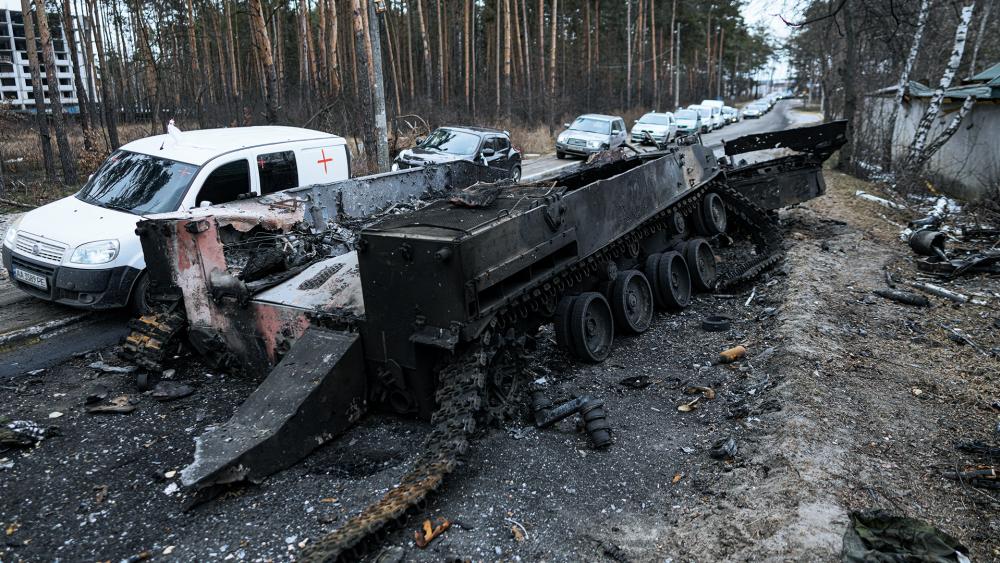 WASHINGTON, DC - Vladimir Putin's plan to take over Ukraine may be hitting the wall. Russian troops are suffering major defeats, and NATO is now set to expand on Russia's border.

Finland and Sweden are moving forward in their bid to join NATO. The process could take anywhere from four months to a year. Publicly, Russia's Vladimir Putin says it's not a big deal, but his actions say otherwise.

In the past, Putin has called the alliance's expansion into Eastern Europe a threat and has warned of retaliation. However, when the president of Finland delivered the news in a phone conversation, he said Putin took the news calmly and didn't repeat those threats.

"What he said doesn't mean that you shouldn't be all the time quite well aware and follow up with what's really happening," Finnish President Sauli Niinistö told CNN.

On the ground in Ukraine in the ruined city of Mariupol, 260 wounded fighters who were holed up in a steel mill have been allowed to leave, but they're being taken to a Russian-controlled territory. The Ukrainian government is working to secure the release of hundreds more, though it would mean they would become prisoners of war.

It comes as Ukrainian troops continue to score victories, most recently retaking Kharkiv and reaching the Russian border.

The U.K. now estimates Russia has lost one-third of its ground combat forces.

"The United States and our allies and partners are focused on giving Ukraine as strong a hand as possible on the battlefield and at any negotiating table so that it can repel Russian aggression and fully defend its independence and sovereignty," U.S. Secretary of State Antony Blinkin told reporters in a news conference.

Meanwhile, the flood of Ukrainian citizens fleeing the fighting is now starting to reverse. The country's border service says more people have returned to the country than left in recent days.

And in another blow to the Kremlin, even McDonald's now says it's leaving Russia. The American chain has announced it will sell off all of its business there.