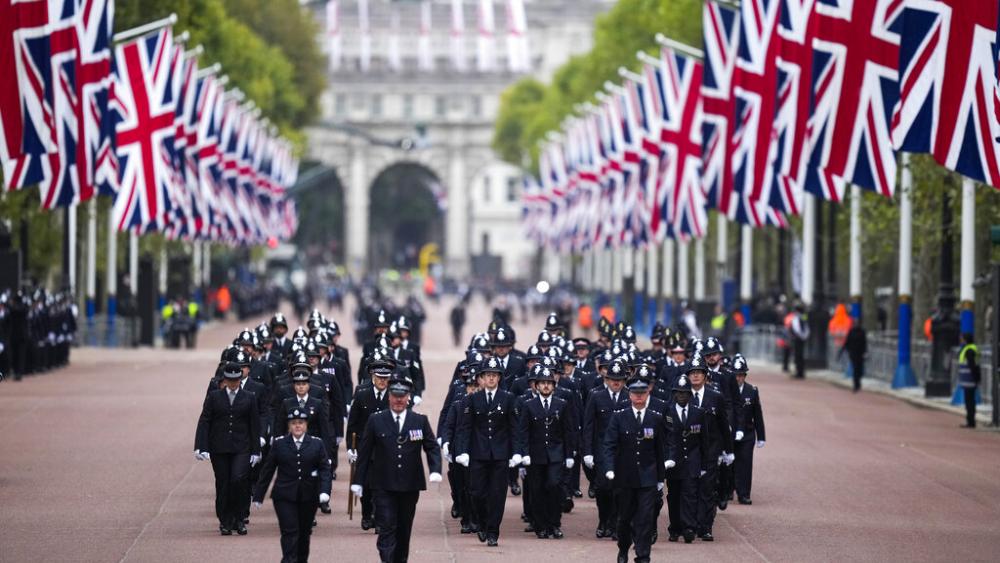 It's the end of an age – Queen Elizabeth II has now been laid to rest. The queen's unwavering faith was a staple in today's funeral, using her death to point those who watched to eternal life in Jesus Christ.

Today's celebration of her life came after 10 days of mourning throughout the U.K.  Roughly 2,000 people, including world leaders, were invited to London's Westminster Abbey for the event. More than four-billion people around the globe were expected to tune in for at least part of the occasion.

The main takeaway from the funeral was that the queen loved God and used her service as an opportunity to point others to the gospel.

Her majesty's Christian faith was central during Monday's farewell events. The queen's title as '"Defender of the Faith" rang true through her handpicked scripture and hymns, highlighting the saving grace of Jesus Christ and the worldwide fellowship of the Church. Hymns that inspired the queen's unwavering faith included Like as the Heart, composed for the service, as well as The Lord is my Shepherd, and O Taste and See How Gracious the Lord is.

The day's events were filled with all the pageantry that follows the crown. Her service was the UK's first state funeral since that of WWII-era Prime Minister Winston Churchill. Royal cannons and bells sounded throughout the morning paying tribute to her reign and lifetime of service. Monday's spectacle drew kings, presidents, and dignitaries from around the world.

After the service, the procession proceeded to Wellington Arch – followed by the British royal family and her son, now to be known as King Charles III. Then came her final journey to Windsor Castle as thousands lined the streets, throwing flowers as the motorcade passed.
"That was the lump in the throat moment when the coffin came by, so slowly," said one woman there for the historical event.

The final moment of the Queen's funeral was the long walk through the property of Windsor Castle to St. George's Chapel for her committal service.

"We pray that God will give us grace to honor her memory by following her example, and that, with our sister Elizabeth, at the last, we shall know the joys of life eternal," said The Right Reverend, David Conner, Dean of Windsor.

Not only does the Queen join her parents in burial, but Prince Philip's body was exhumed so the Queen can be laid to rest alongside her husband of 73 years. Monday's service ended with God's blessing over King Charles III – followed by England's National Anthem, which has a new title: "God Save the King."