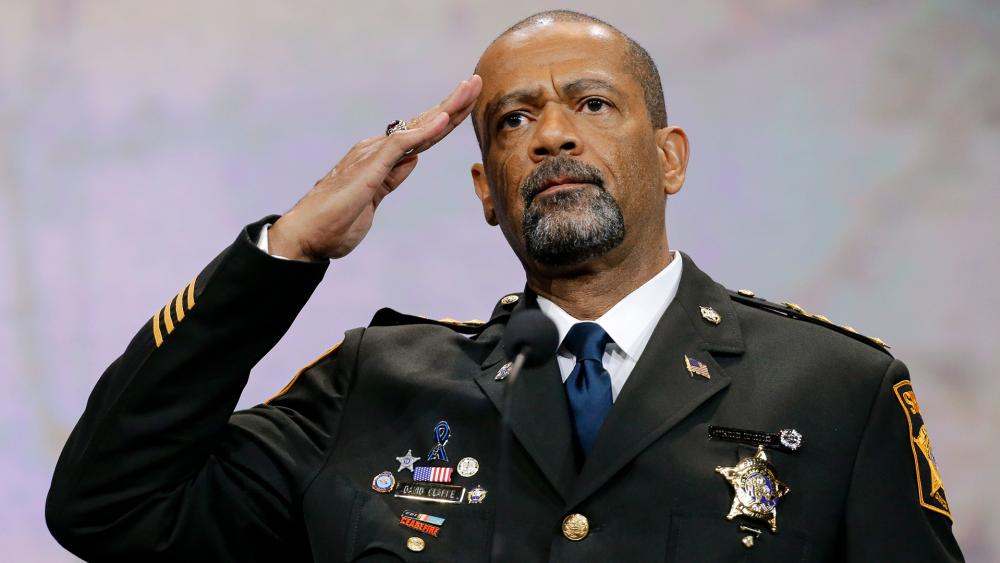 Former Milwaukee County Sheriff David Clarke says the effort to defund police is just another proposed solution based on a fictional story that will only make life worse for black people in the US.

"The biggest losers in all this will be poor black people in crime-ridden ghettos. The police are the only thing standing between them and violent criminal predators. You'd have to loathe black people to do that to them," Clarke said Monday in an interview with WND.

The four-time elected sheriff said the proposal suggested by the Black Lives Matter movement, which has quickly caught the attention of Democratic mayors across the country, "isn't a serious public policy proposal, it's buffoonery."

As CBN News reported on Monday, nine members of the Minneapolis City Council have vowed to defund the city's police department. They say years of racism and mistreatment of minorities – culminating in the suffocation death of George Floyd – have led to this moment.

And it's not only happening in Minneapolis. In New York City, Mayor Bill de Blasio is proposing what he calls police reform, shifting funds away from the NYPD. "I want to make a statement in principle right now that we will be moving funding from the NYPD to youth initiatives and social services," de Blasio insisted.

Clarke says that will only make the problems worse. "Police departments are already underfunded," he told WND. "Why not just turn policing into a 9 to 5, Monday through Friday operation? That is all they'll have money for."

While the former sheriff admits there are some bad cops, he rejects the idea of "systemic racism" in American law enforcement. He points out statistics that were even published by the left-leaning Washington Post which show police officers are three times more likely to shoot unarmed white suspects than black ones.

He does agree that Minneapolis police officer Derek Chauvin, who has been charged with murder in the death of George Floyd, used "bad tactics" and committed acts that were "abhorrent". But Clarke says Chauvin is an example of an "anomaly", not some sort of indictment against all police officers.

"Think about the consequences, you want to abolish police, are you kidding me? What happens if you do that? Everybody goes out and arms themselves they start hiring vigilante groups to protect them. We have total chaos going on. You know, that makes absolutely no sense," Carson explained.