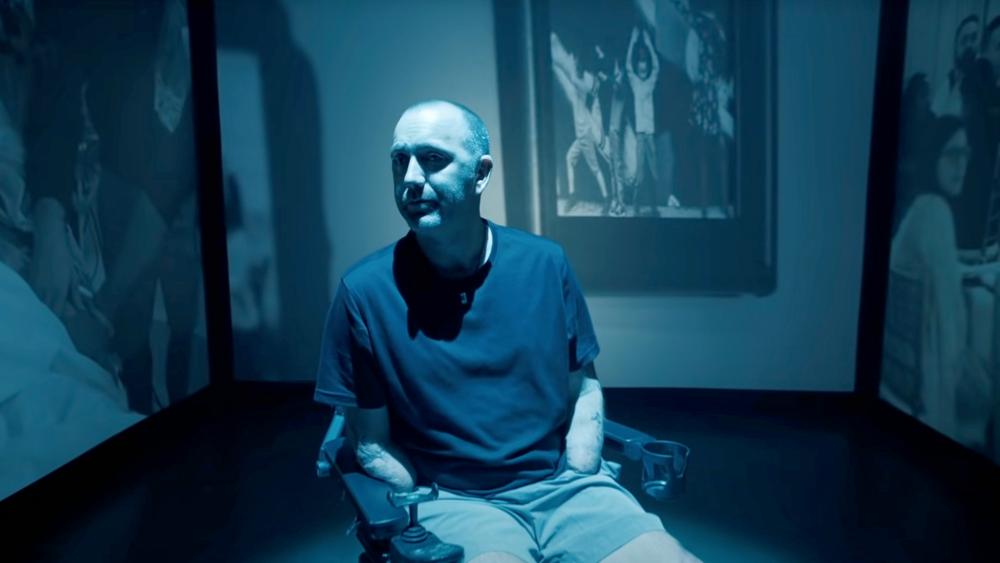 Grammy-nominated and Dove Award-winning Christian band MercyMe is sharing the real-life story behind their recently released song, "Say I Won't," which was inspired by a heroic man who overcame a health crisis through perseverance and faith.

The song highlights Gary Miracle, a man who worked with the band members for decades. In January 2020, Miracle lost both of his arms and legs after becoming gravely ill and falling into septic shock.

But Miracle was determined not to let a disability prevent him from living his life.

He recently told ABC's Good Morning America, "This is the hand God's dealt me...without my hands. The Lord gives and He takes away and He took away my hands and feet but the rest of that verse says 'Blessed be the name of the Lord.' That's just the path that I've chose to go down for now."

***Please sign up for CBN Newsletters and download the CBN News app to stay up-to-date with the latest news from a distinctly Christian perspective.***

MercyMe lead singer Bart Millard said he was moved by Miracle's inspiring story and wanted to share it with the world.

"It's incredibly overwhelming to see Gary's situation but to watch his wife and kids and what they're going through and standing by and supporting him is mind-blowing and it feels like it's a whole other level of love and it's a crazy story," Millard said.

The music video to "Say I Won't" features the different stages during Miracle's recovery such as him learning to write again with prosthetic hands.

And the powerful video showcases people holding up signs declaring that they too will overcome their own personal obstacles.

"You see all these people holding up signs and part of Gary's story was he said it'd be cool to know that one day somebody was touched by what I'm going through," Millard shared. "And so we reached out to several people. You notice Pat Riley, from the Miami Heat, is in there, and Ben Roethlisberger and Olympic figure skater Scott Hamilton and TobyMac.

Miracle's outlook and attitude toward his life-changing situation is exactly what led MercyMe to write "Say I Won't" in his honor.

"We all have struggles," Miracle explained. "Right now in my life, my struggles happen to be a little more visible than somebody else's. Them giving me a platform and purpose through what I am going through and the way I've been able to encourage people  - I'm forever grateful to those guys."