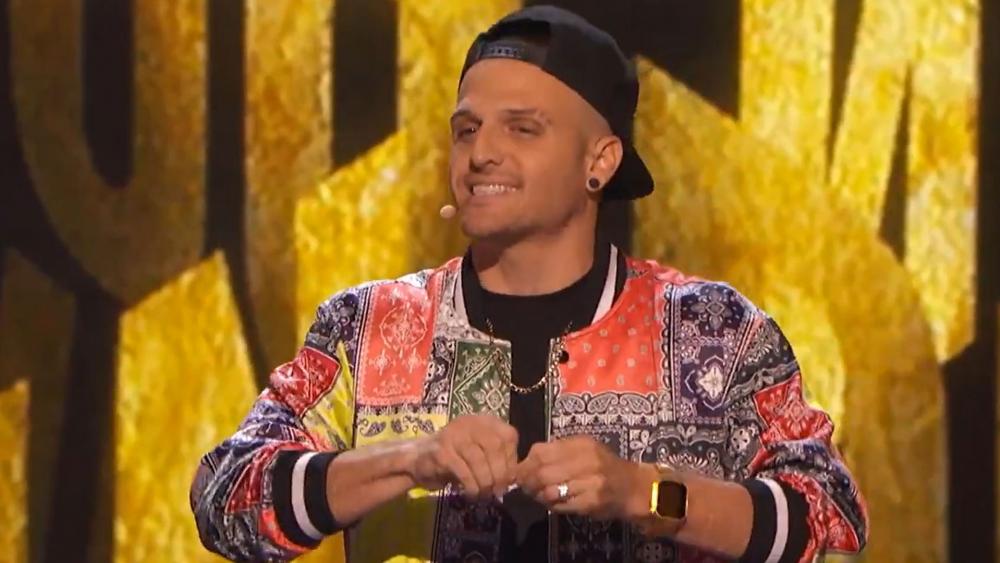 A sleight-of-hand artist whose talent and charm proved to be popular with the NBC television audience over the summer won the $1 million grand prize Wednesday night on the season finale of America's Got Talent.

Christian Headlines reports Dustin Tavella won the 16th season of the variety/talent contest in the closest vote in the history of the series. Viewers picked Tavella as the winner followed by aerialist Aidan Bryant in second place, and stand-up comedian Josh Blue in third.

The next winner of America's Got Talent is the one and only... pic.twitter.com/nWNQAqiJMZ

In addition, as a part of his prize, Tavella will headline a stage show at the Luxor Hotel in Las Vegas, Nev.

After his name was announced, AGT MC Terry Crews asked Tavella how he felt after America had voted for him.

"This is absolutely amazing. I never thought that I would be here. This is so crazy. Thank you guys, everybody who voted. My family. My wife, my beautiful boys, my parents. Everyone. I love you guys so much," he said.

During an interview with Entertainment Tonight after the show aired, he said, "This is what I've been hoping for. This is what I have been praying for."

"Literally, I'm a nine-year-old boy dreaming of chasing the things that I love. Falling in love with magic, and here I am years later, standing on the stage, and hearing my name called as the winner of this show, it's just crazy," Tavella said. "It's more than I could have ever asked for or ever dreamed of."

Each of Tavella's tricks that he performed on AGT had a theme. In his final trick of the season, he reminded the audience that "they are the magic."

.@dustintavella is reminding us to always give back to others! pic.twitter.com/2TiWHCde5i

Tavella also reminded viewers of the "power of giving."

"Giving is the foundation of change," he said. "Giving your time, giving your resources, giving yourself. You see when someone stepped into my parents' lives, because they were willing to give, it changed the course of their future, which in turn, changed the course of mine. And that impact has now reached to our two boys. And because of that person, I get to stand on this stage and do what I love."

"It's like that one little thing just keeps going," he added. "Something so seemingly small can become so much more than what we might have ever expected. That is the power of giving."

Tavella also has been involved with a homeless ministry and a crisis pregnancy ministry in recent years, according to Christian Headlines.

On both his Facebook and Instagram pages, the artist confessed he's not a social media guy. However, he posted a photo of him and his son Xander on June 15 on his Facebook page along with a short message about how he wants Xander to see that it's possible to chase your dreams.

"We are thankful for the little things, we look past discouragement, we hold on to hope, we trust God, and we just keep loving!" he wrote. "We don't only inspire the world through our success, but through our failure as well. Xander has seen me fall many times. I want to be the kind of father who keeps smiling because my joy comes from so much more than my achievements/circumstances. What God can accomplish in a human heart is far more valuable than anything this world could ever offer. That is the foundation of our family, and that is the foundation of our joy."