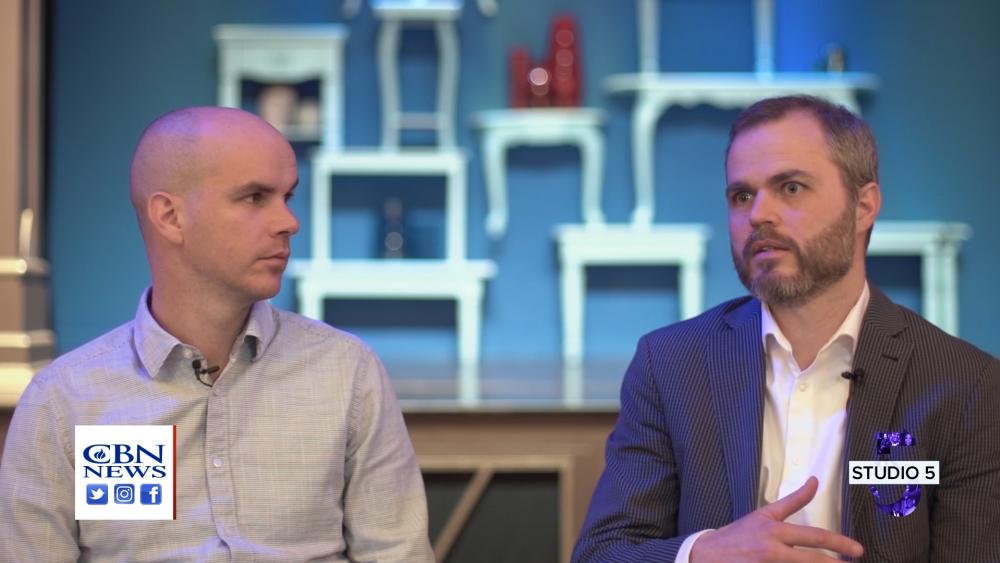 Image source: CBN News
6303110142001
Angel Studios Points to 'Miracle after Miracle' After Legal Battle With Disney and Huge Success of 'The Chosen'

Angel Studios describes itself as a "community-driven movie studio" with a mission to amplify stories of light.

One of its first projects, The Chosen, is one of the most successful crowdfunding campaigns in Hollywood history, earning hundreds of millions of views around the world.

Dry Bar Comedy was another successful project launched by brothers Neal and Jeffrey Harmon. And there are even bigger projects in the works.

But it hasn't always been easy.

The brothers sat down with CBN's Studio 5 to discuss a former lawsuit with Disney that nearly took the family business down.

"Miracle after miracle after miracle," said Jeffrey. "We were under Disney's lawsuit, spending so much money, trying to get revenue streams back up ... betting the entire farm on The Chosen and weeks away from being out of money."

In light of all that Angel Studios endured, the Harmon brothers believed they would overcome the challenges they faced.

"We should have lost, we really should have but we didn't," noted Neal. "We can't take credit for that. It was a mixture of families stepping up and putting up $10 million for us to fight the battle."

The brothers said they plan to work on 300 shows or movies over the next five years.

Check out Studio 5 on the CBN Newschannel Wednesday night at 8:30 Eastern for the entire interview. You can find all the latest episodes of Studio 5 HERE.