New Film Tells the True Story Behind the Beloved Carol, 'I Heard the Bells on Christmas Day' 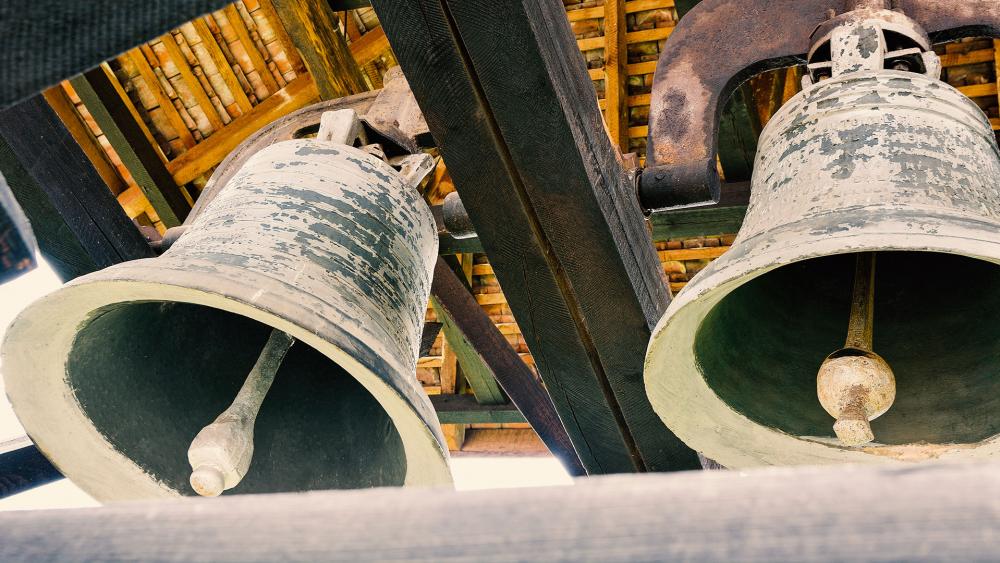 It's been called "one of the most beautiful Christmas carols ever written." But there is a tragic story behind Henry Wadsworth Longfellow's "I Heard the Bells on Christmas Day." Grief silenced him as he saw his country divided by civil war and his family torn apart.

Sight & Sound Theater brings Bible stories to life on a grand stage. Its latest story took shape outside the theater, and beyond the pages of scripture.

Sight & Sound is turning its backyard into a back lot for Sight & Sound Films. Its very first movie is ready for the big screen, opening in theaters at the beginning of December, just in time for Christmas.

Josh Enck is the writer and director for "I Heard the Bells," the true story behind the beloved Christmas carol and its author. He explained how this story came to be the company's very first film.

"What it comes down to is this: Sight & Sound Films wants to tell stories of figures and events from history that changed the world because Christ first changed them, and we wanted to do a Christmas story," Josh said.

"We discovered this beautiful story that came out of one of the nation's darkest time periods, which was the Civil War, and it's a poem, and it's really a diary entry about the protagonist, Henry Longfellow, and his whole journey of faith. And we thought there are a lot of people who can relate to this man who had it all, lost it all, and had it come back again and be redeemed through, in this case, the symbol of a bell ringing out more loud and deep: God is not dead, nor does he sleep."

Stephen Atherhold plays the leading role. We asked him how well he knew Henry Wadsworth Longfellow before being introduced to this story.

"Not super well," he said. "I knew of him. I knew that he wrote The Children's Hour and I Heard The Bells. But that's really it. Getting the opportunity to play him was an amazing chance to dive into who he was and to really fall in love with his character."

Stephen says he fell in love with Longfellow's struggle for hope. "I think as an actor, the ability to struggle is what everyone relates to. We all have trials in this life. When you are not willing to give in. When you say, 'I know there is hope on the other side,' even though Henry couldn't see it. We all long for that. And to be able to find that hope with him as a character was a beautiful journey."

Rachel Day Hughes takes the journey alongside him as Longfellow's wife, Fanny.

"The final words of the song are peace on earth, good will to men. And those words are not original to Henry. They are original to scripture. And they are the reason we celebrate Christmas, because Christ really did come to give us peace on earth. So if there is anybody out there that is walking through a story of grief this Christmas, it is my hope that this film inspires you as you as you watch Henry's journey to reclaim the truth of those words over his life, that it inspires you to do the same," she said.