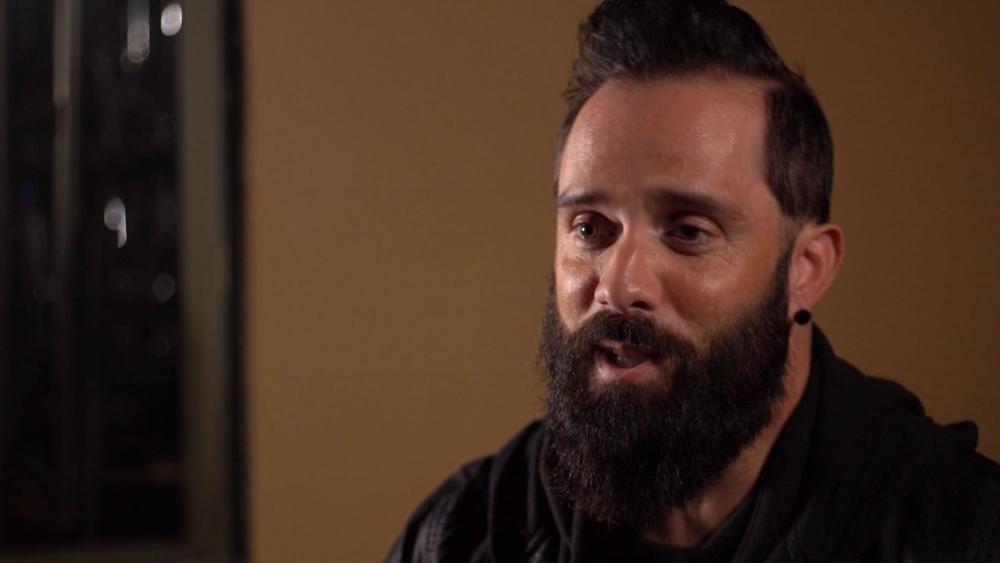 Skillet frontman John Cooper spoke with CBN News's "Studio 5" to share the uplifting and empowering message behind this new music. "I haven't said this in any interviews yet so feel special, this is going to be amazing!"

"We called the recording 'Dominion'," Cooper says. "I'm so very excited about the title."

The record was written and recorded during the pandemic, so the band had to get more creative on how to write and produce the songs. "This project, I think you know because you have a pandemic, and all of a sudden you're home and you're living life in such a different way," says Cooper.

But even from home, Skillet was able to find the right team. Cooper tells Studio 5, "Something just happened, we did a Zoom write with some producers that produced two tracks on the last record and it just went so good, and before you know it I was like, you guys produce the record."

The entire project was done without the band and producers meeting face to face. "We would record some in our studio and send the files to the producers and they would edit and send back to us so we recorded and were never in the same room together," shared Cooper. "It was just bizarre."

But this powerful project has what Cooper considers to be a timely theme. "This album is very rebellious," he says. "I mean the lyrics on the record are very anti-establishment. I don't know if we've ever written lyrics this anti-establishment. Standing up for what you believe in, calling for the revolution."

Cooper goes on to explain what he means when he says anti-establishment. "The state does not have the right under God to come out of their sphere and come into my sphere of authority that God gives me over my family." He continues, "There's a sphere of authority the church also has, so the state can't come into the church and start telling the church what it's allowed to say about theology and things like that. That's what I mean when I talk about rebellion and anti-establishment."

The record calls on Christians to take a stand, and remain strong in their faith. "Part of what the 'Dominion' overall theme is about is just defiance. It's a very defiant record," he says.

And that defiance starts with the first single from the album titled "Surviving the Game." He says this particular song is defiant towards fear. "I can be unstoppable, going to walk through hell, going to shake the walls. That's the lyrics to the chorus, and that to me summarizes all of that," Cooper tells Studio 5. "I know I can be unstoppable because of Christ. But we are still walking through the battle."

And the Skillet frontman believes these lyrics are more timely now than ever, getting to the heart of the believer. "The biggest pandemic happening in the world right now is not COVID, it is fear," Cooper shares. "People are terrified. There's of course the physical issue with COVID but fear grabs the heart."

He hopes his lyrics remind people to be defiant towards fear and anything else that challenges faith.

He reminds us, "Dominion is about authority, and we all know who has the ultimate authority."

The album is out wherever music is sold starting January 14th.