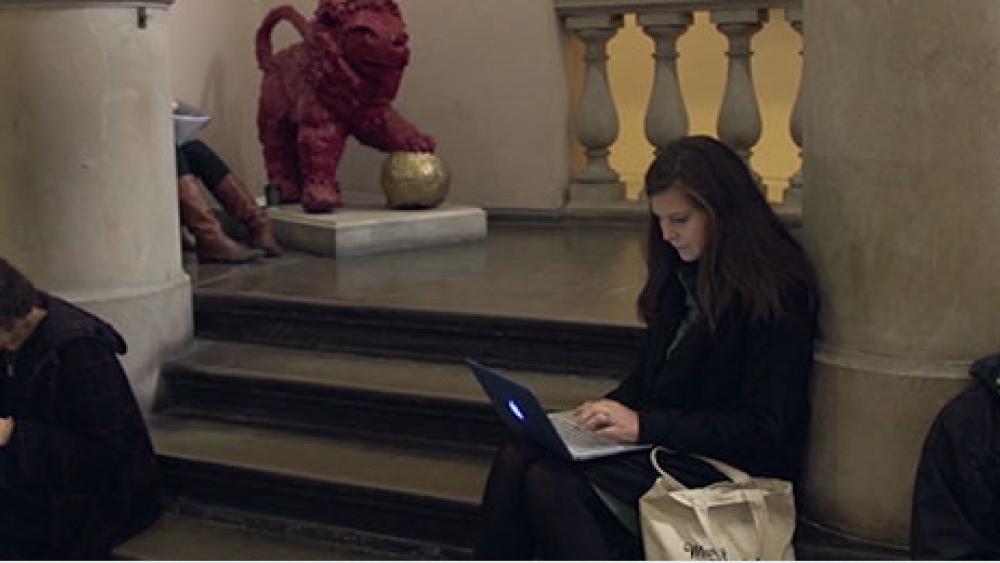 LONDON -- Companies around the world are spending millions to find out what makes Millennial's tick.

What do they like, what drives them, you name it. Employers need that information to recruit and hire this generation that will make up a majority of the workforce by 2020.

Some of the things on their minds: fulfillment, flexibility, and fast progression. And, of course, they're always on the look-out for something new.

The opportunity to work abroad is now seen by many companies as a great way to attract and retain this new generation of worker.

A new PWC study shows that two-thirds of the world's Millennials feel the need to gain international experience to further their careers.

Executive coach and consultant Neena Newberry said that drive is about building credibility.

"I end up coaching more and more people on how do I get that exposure and that experience and build my credibility, so that when there's an opportunity that comes up, I'm going to be considered for it,'" Newberry explained.

She said the Millennial's desire for mobility comes in part from the easy access they've had to the rest of the world.

"The more exposure you get to something different, and if you've traveled a lot as well, it's amazing how much you pick up and learn about other cultures," she said. "We're working in a much more global environment."

In 2010 Lauren and Tyler Knight decided to take advantage of their global connections and moved to London to work and continue their education.

"We've decided that life is just more or less about living with an increasing amount of purpose," he added about their move. "We're very pleased with sort of how we've been able to increasingly live with purpose over the last several years here."

Lauren and Tyler are the directors of the Harding University London campus, where they work with some of the youngest members of the Millennial generation whose interest in living abroad is just now being sparked by their time there.

Lauren studied in both London and Italy during her undergrad at Harding. When she and Tyler decided to move overseas, she reached out to the school.

"(I) just told them, 'Hey, I've got a lot of contacts. if you'd want to meet anybody, I'd be happy to introduce you to some of the buyers for the students to meet while they're studying for the business program,'" she explained.

"As luck would have it, the current director had resigned and they were looking for someone to fill in in the interim," she said. "I started as on-site facilitator, or something, and as we did a few successful semesters it turned into full-time director of the program."

Along with his work at the London campus, Tyler has started his own company called Extra Mile.

"We are more-or-less credit card points for healthy activities," he explained.

Tyler makes it work because of his ability to stay connected through technology.

"My development team is in India, my business pursuits are mostly in the U.S., but I almost never leave London," he said. "We live in a time where really this is the first wave of being able to maintain a lifestyle in one place where you're not necessarily conducting business."

The Knight's say they realize their career paths look much different than those of their parents.

"Our parents, or people their age maybe, got on a path and really enjoyed it and tried to move up within that company. Whereas we're kind of like, 'Yea, we'll take lesser pay as long as we have time to do what we want," Lauren said.

Differences between Millennial's and older generations don't necessarily mean success or failure, only the start of something new.