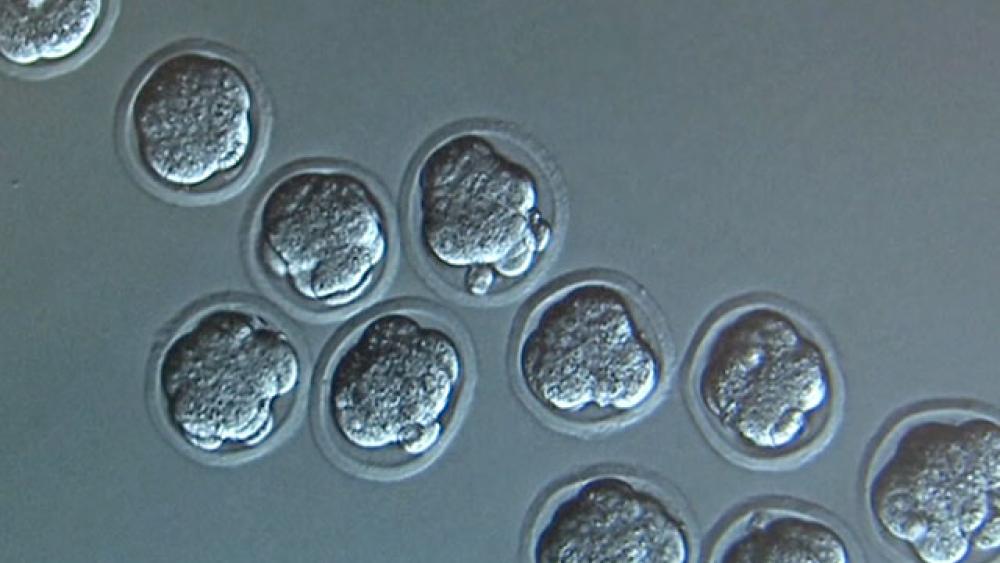 An Israeli biotech company that recently created mouse embryos using stem cells, has announced plans to make human embryos to harvest tissue for organ transplants and anti-aging procedures. But an ethical scientist and stem cell expert with the Charlotte Lozier Institute told CBN News that these strides in stem cell research are a "real call for concern".

Renewal Bio is pursuing advances in stem-cell technology and artificial womb development with the help of Jacob Hanna, a biologist at the Weizmann Institute of Science in Rehovot.

In a peer-reviewed scientific journal, Cell, Hanna explained that without the use of sperm, egg, or fertilization, stem cells placed in a Petri dish spontaneously joined together, outside of the womb, and assembled embryos with beating hearts, intestinal tracts, and brains.

"Remarkably, we show that embryonic stem cells generate whole synthetic embryos, meaning this includes the placenta and yolk sac surrounding the embryo," Hanna said. "We are truly excited about this work and its implications."

"My contention would be the technique to create them may be synthetic, but if you have something growing [that has] a beating heart and a nervous system and limbs and digits and other organs that look exactly like the organism you would take out of the womb, its an embryo," Dr. David Prentice, Ph.D. from the Charlotte Lozier Institute told CBN News.

Prentice is the vice president and research director at the Charlotte Lozier Institute and was a founding advisory board member for the Midwest Stem Cell Therapy Center, a unique comprehensive stem cell center in Kansas that he was instrumental in creating.

He told CBN News that using the term synthetic to describe the embryos is misleading.

"It's being disingenuous to make us think that these are not actual organisms," Prentice explained.

"They're coming up with new and different ways to make an embryo is the bottom line," he noted. "And by calling it synthetic, you might say we are lulled into a false sense of security that 'oh there not experimenting on embryos [and] we don't have any problems with them doing this with mice.' But as they've said in their papers they also want to do this with humans."

And Prentice is right about why the firm wants to advance its research.

Hanna admits to taking his "ground-breaking" technology to the next level and creating human embryos. The purpose is to harvest tissue to be used in transplant treatments meant to lengthen a person's life and health.

He's behind Renewal Bio, a startup to make "humanity younger and healthier".

"The vision of the company is 'can we use these organized embryo entities that have early organs to get cells that can be used for transplantation?' We view it as perhaps a universal starting point," Hanna said.

CBN News reached out to Renewal Bio for comment and CEO Omri Amirav-Drory, Ph.D. said they were "not really ready to speak too much about the company."

Hanna told MIT Technology Review they plan to grow human embryos that are the equivalent of a 40 to 50-day-old pregnancy or about two months old. It is an age Hanna considers to be "the best entity to make organs and proper tissue."

Those embryonic blood cells would then be collected, multiplied, and transferred to an individual to help with "infertility, genetic diseases, and longevity", according to the company's website.

"There's a real call for concern here that whether they are making these the old fashion way with an egg and a sperm or they're making it by mixing stem cells together," Lozier explained. "You're still talking about instrumental use of a human being to harvest their spare parts."

Other field experts contend that Hanna's experiments are a step too far and not necessary.

"It's absolutely not necessary, so why would you do it?" Nicolas Rivron, a stem-cell scientist at the Institute of Molecular Biotechnology in Vienna said. He argues that scientists should only create "the minimal embryonic structure necessary" to yield cells of interest.

Prentice pointed out to CBN News that there are more ethical ways to get the same kind of cells.

"Something may be constructed or manufactured ethically and have an ethical source...and you could feel very good about your research because you haven't crossed an ethical line until somebody says 'well let's use it this way'," he explained.

In his next set of experiments, Hanna plans to use his own blood or skin cells and those of his team as the starting point for human embryos.