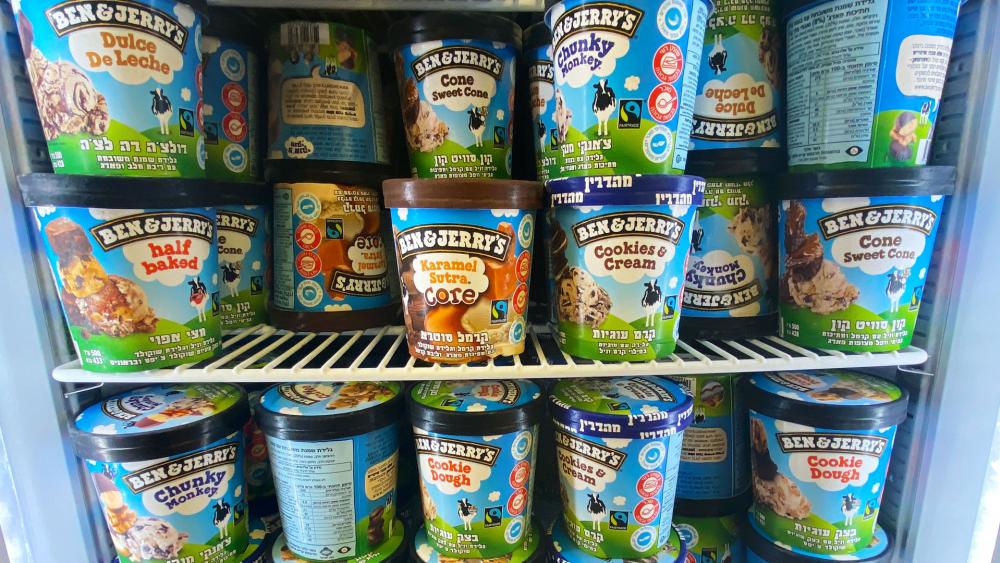 JERUSALEM, Israel - Israeli leaders are on the offensive after Ben & Jerry's announced it will no longer sell its ice cream on Israeli settlement communities in the West Bank - biblical Judea and Samaria - and eastern Jerusalem.

Gilad Erdan, Israel's ambassador to the United States and the United Nations, sent a letter to 35 US state governors that have enacted legislation against the anti-Israel Boycott, Divestment and Sanctions (BDS) movement urging them to take action against Ben & Jerry's.

"I ask that you consider speaking out against the company's decision, and taking any other relevant steps, including in relation to your state laws and commercial dealings between Ben & Jerry's and your state," the letter reads.

In coordination w/ @yairlapid, I sent a letter to 35 Governors of US states that have legislation against the Boycott, Divestment, and Sanctions movement targeting Israel. 1/2 pic.twitter.com/tGW720oRZL

He also claimed that the ice cream company's decision would "significantly harm Palestinians" who work and shop at Israeli supermarkets in the West Bank.

In a phone call with the CEO of Ben & Jerry's parent company Unilever, Prime Minister Naftali Bennett vowed to have a "vigorous" response to the company's settlement boycott.

Bennett stressed that the decision has “serious legal and other implications,” the Prime Minister's Office said in a statement Tuesday.

Ben & Jerry's also raised concerns in the US.

“I don’t have a reaction to offer regarding the actions of a private company. More broadly what I would say is that we firmly reject the BDS movement, which unfairly singles out Israel,”  Price said during the daily briefing.

“While the Biden-Harris administration will fully and always respect the First Amendment rights of our citizens, of the American people, the United States will be a strong partner in fighting efforts around the world that potentially seek to delegitimize Israel," he added.

“BDS is a movement that will undermine peace in the Mideast. It’s as simple as that," he said during a morning news briefing. "You cannot have peace if you undermine the economic reality and create divisions. I just believe that’s absolutely the wrong approach and Ben and Jerry shouldn’t be doing that.”

Several US kosher stores, including the Jewish-owned supermarket chain Morton Williams, said they would discontinue or limit the sale of Ben & Jerry's ice cream.