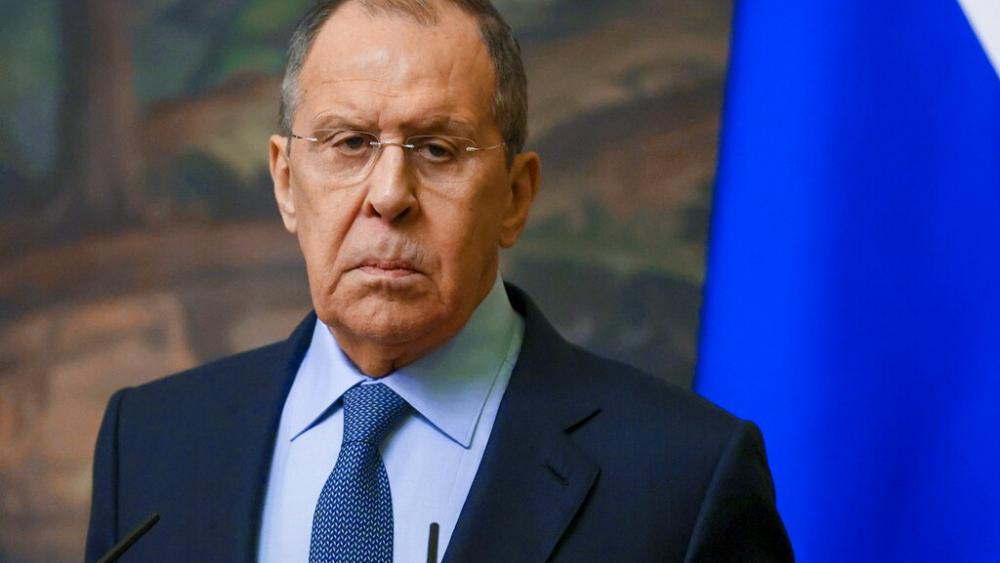 JERUSALEM, Israel – Israel on Monday condemned Russian Foreign Minister Sergey Lavrov for suggesting that the biggest anti-Semites are Jews and that Hitler himself was Jewish.

“Jews did not murder themselves in the Holocaust. The lowest level of racism against Jews is to accuse Jews themselves of anti-Semitism,” Lapid said in a statement.

There was no immediate response from the Russian embassy.

The controversy began Sunday evening following an interview Lavrov had with Italy’s Rete 4 channel. Lavrov was asked to defend Russia’s claim that it needs to “denazify” Ukraine when the country’s president, Volodymyr Zelensky, is Jewish.

"When they say, 'What sort of nazification is this if we are Jews', well I think that Hitler also had Jewish origins, so it means nothing," Lavrov said.

"For a long time now we've been hearing the wise Jewish people say that the biggest anti-Semites are the Jews themselves," he added.

Conspiracy theories that Hitler was Jewish have been repeatedly debunked by historians.

“First of all, he has his facts wrong, to try to suggest that Adolf Hitler has any kind of Jewish lineage in him.  And secondly, it is so deeply offensive to the Jewish people, both in Israel and around the world."

Cohanim says Russia is trying to justify an unjustifiable war.

"Thee way they do that is to keep going back to this claim that they are de-Nazifying Ukraine and what it shows us is that they will basically say or do anything in trying to justify what they cannot.”

The chairman of Yad Vashem, Israel’s Holocaust memorial in Jerusalem, denounced Lavrov’s remarks, calling them “an insult and a severe blow to the victims of the real Nazism.” Yad Vashem has previously criticized Russia’s claim that Ukraine needs to be “denazified” as “not based on fact” and a trivialization of the Holocaust.

"So the question is whether the Israeli ambassador stays in Moscow knowing their new position, whether the relations with Russia remain as usual. Because all of this is not accidental. The words of the Russian foreign minister, a 'great connoisseur of Hitlerism' are not random," said Zelensky.

Israel, which observed Holocaust Remembrance Day last week, has a complicated relationship with Russia. It is one of the few countries in the world to have ties with both Moscow and Kyiv.

Israel has attempted to walk a diplomatic tightrope between the warring nations, hoping not to provoke Moscow’s wrath because it collaborates with Russia on regular airstrikes against Iranian targets in neighboring Syria.