Biden Administration Would Like Some Coalition Partners Marginalized in Netanyahu Government 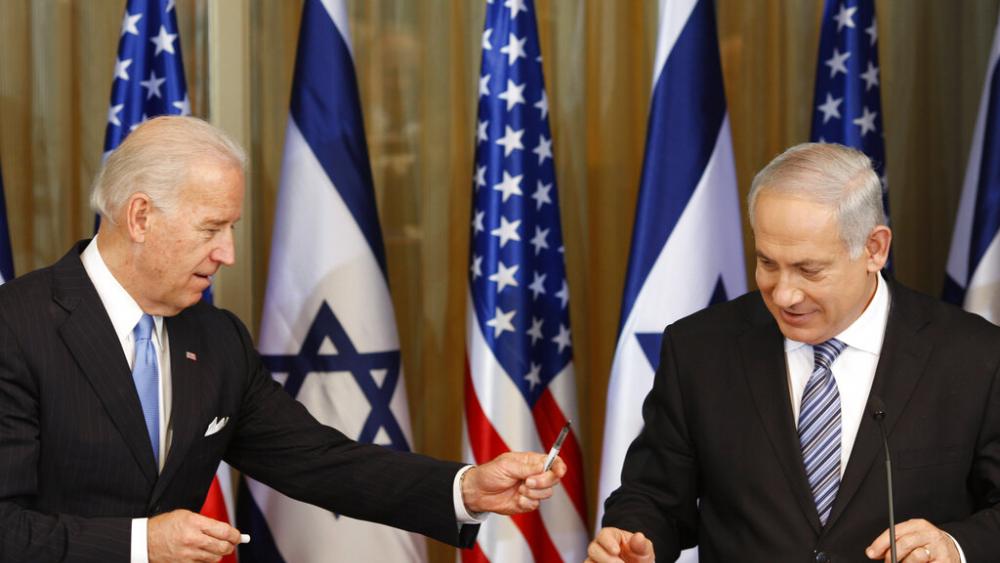 Then-U.S Vice President Joe Biden hands over a pen to Israel's Prime Minister Benjamin Netanyahu after their meeting at the Prime Minister's residence in Jerusalem, Tuesday, March 9, 2010.
6315387050112
Biden Administration Would Like Some Coalition Partners Marginalized in Netanyahu Government

JERUSALEM, Israel – Benjamin Netanyahu and his Likud Party are expected to receive the mandate to build Israel’s next government on Sunday.

While President Joe Biden has congratulated Netanyahu, there are signs that the administration is concerned about some of the religious leaders in this new government of the right.

The president of Israel, Isaac Herzog, carried out his duties under Israeli law this week, consulting with the leaders whose parties qualified for the next Knesset and asking them who they wanted to form the next coalition.

A majority chose Likud, which means Benjamin Netanyahu is slated to become the next prime minister.

Netanyahu’s comeback represents a choice made by many Israelis for a more secure country and one with a greater Jewish identity.

It also represents a big shift away from the current government led by Yair Lapid with its disparate coalition of center-left parties along with an Islamist party.

Israeli Legal expert Eugene Kontorovich has experience in diplomacy on both sides of the Atlantic. He told CBN News the response to the vote in Israel from the West was predictable.

Kontorovich believes the cry about the end of democracy is more about policy than the toppling of a system.

Already the U.S. is pushing back on policies the new government may consider. U.S. Ambassador Tom Nides said Thursday that the administration will oppose any attempts on Israel’s part to annex portions of Judea and Samaria, the West Bank. The State Department also condemned Religious Zionist Party co-leader Itamar Ben-Gvir for participating in an event celebrating the legacy of radical American-born Jewish activist Rabbi Meir Kahane and his organization, which was designated as a terrorist group. Kahane was assassinated in New York in 1990.

CBN News political analyst John Waage believes the new coalition is likely to find itself of the opposite side of the Biden White House on several issues, including a two-state solution between Israel and the Palestinians.

“I mean, the Biden Administration has clearly been moving in a direction where they want to press Israel into negotiations with the Palestinians and to move toward a two-state solution,” Waage said. “That’s not something any Netanyahu government for the last 12-13 years has been interested in.”

Kontorovich maintains that, in considering the results in Israel, the Biden administration should respect the will of the people.

“The people vote for a right-wing government. So, when the United States President says, ‘Hey, you better watch out, if you make a right- wing government, it can harm our ties.’ That's essentially telling Netanyahu to ignore the will of the Israeli people, to ignore the democratic electoral expression of that will. That's undemocratic.”