CBN Exclusive: The Connection Between Brazil’s Election and Jerusalem 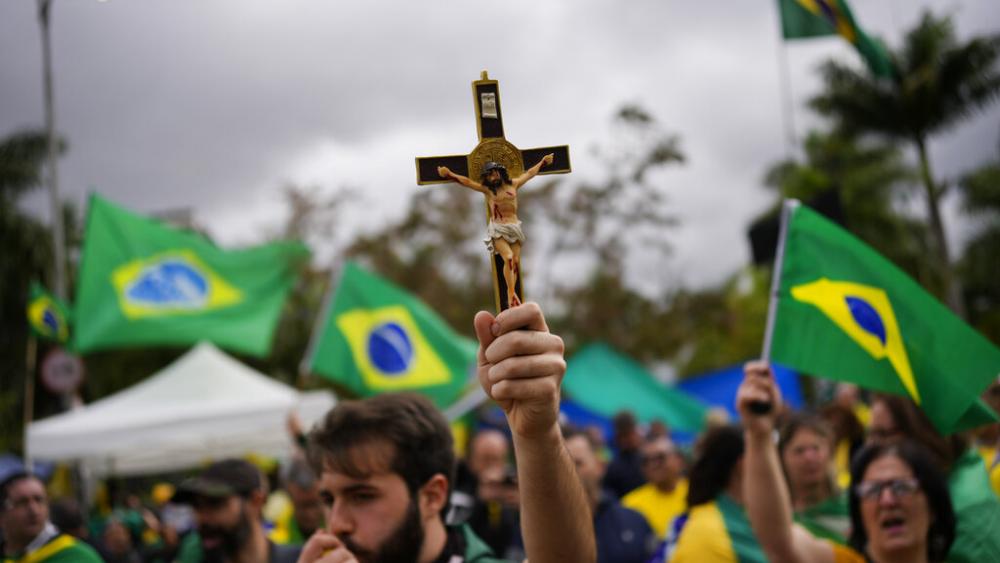 A supporter of Brazilian President Jair Bolsonaro holds a crucifix during a protest against his defeat in the country's presidential runoff. (AP Photo/Matias Delacroix)
6314937207112
CBN Exclusive: The Connection Between Brazil’s Election and Jerusalem

JERUSALEM, Israel – Within just days of each other, three significant elections have been taking place around the globe.  First, Brazil held its presidential elections on October 30th. Then two days later, Israel held its fifth national elections within four years on November 1st.

On November 8th, the US will hold its critical midterms.  We now know that Israel elected a government led by former Prime Minister Benjamin Netanyahu with a strong coalition of religious parties.  In Brazil, millions of people have taken to the streets to protest what they say is election fraud.

CBN News got an exclusive and inside look at how the First Lady of Brazil approached their election with prayer and fasting.  The co-founder of the Jerusalem Prayer Breakfast Albert Veksler https://www.jerusalemprayerbreakfast.org/ and Watch.org https://watch.org/ founder Bill Koenig just returned from Brazil and had a front row seat to the election.

They explain the deep connection between Jerusalem and Brazil and why this election is so important both geopolitically and spiritually.