FBI Investigation of Journalist's Death Creates Rift Between US, Israel 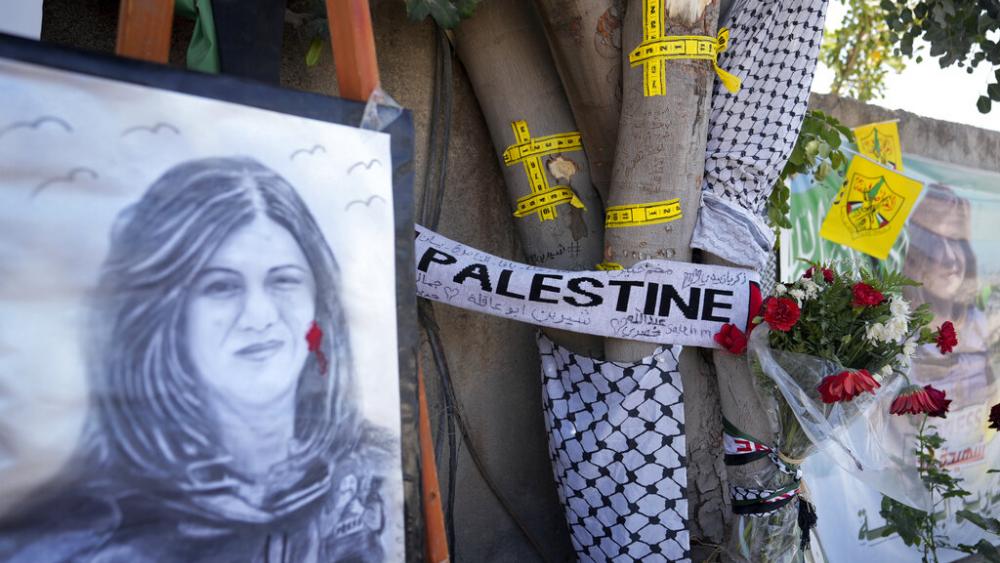 A portrait and flowers create a makeshift memorial, at the site where Palestinian-American Al-Jazeera journalist Shireen Abu Akleh was shot and killed in the West Bank city of Jenin, May 19, 2022. (AP Photo/Majdi Mohammed, File)
6316359594112
FBI Investigation of Journalist's Death Creates Rift Between US, Israel

JERUSALEM, Israel –The FBI's recent decision, at the request of the Department of Justice in Washington, to reopen an investigation into the tragic death of a Palestinian-American reporter in Israel several months ago is creating tension between Israel and the United States. The announced probe angered Israeli leaders across the political spectrum.

On May 11th, 2022, Al-Jazeera reporter Shireen Abu Akleh died in a crossfire between Israeli troops and Palestinian terrorists sponsored by Iran's Revolutionary Guard in the city of Jenin. While the Palestinian Authority blamed the Israeli Defense Forces (IDF) for deliberately killing Abu Akleh, it refused the offer of a joint investigation with Israel and also refused to produce the bullet that killed her.

In September, the IDF finished its investigation, concluding it was likely accidental gunfire from Israel that led to her death. The U.S. State Department initially welcomed the findings, yet now the FBI is reopening the case into the death, due to Abu Akleh's dual Palestinian-American citizenship.

Israel's outgoing Prime Minister Yair Lapid slammed the decision saying,"The IDF is a moral and ethical army. The soldiers and commanders of the IDF protect Israel, thoroughly investigating any out of the ordinary event and are dedicated to the values and rules of democracy. The IDF soldiers will not be investigated by the FBI, nor by any foreign entity or foreign country, however friendly it may be. We will not abandon IDF soldiers to foreign investigations and our fierce protest was delivered to the Americans in the appropriate ranks."

Israel's Defense Minister Benny Gantz called the Justice Department decision a mistake, adding that "We will not cooperate with any external investigation and we will not allow any interference in Israel's internal affairs."

Twenty Senate Democrats signed a letter asking the FBI to get involved. The report also sparked a response from Republican Senator Ted Cruz who issued a statement calling the alleged investigation an outrage, and said everyone involved, including Attorney-General Merick Garland, should be fired or impeached.

“The Democrats  have been targeting Israel throughout this whole Biden administration and they have been singling out Israel for censure about everything they can unfairly. First of all, the fact that they put pressure on the FBI does not mean that the FBI has to accept it.  They don't run the FBI but it's symbolic."

CBN News reached out to the FBi for comment, but has not yet received a response. Blum maintains the move is meant to put Israel in a bad light.

"I don't even think that something is going to come of this. But the damage it does to Israel's reputation and the regurgitating of a case whose only point from the Palestinian side was to blacken Israel's name and yet again accuse Israel of murdering innocent Palestinians. That was the point of it. That was the only point,” Blum said.

The investigation comes at a time of strained relations between the two allies just as former Prime Minister Benjamin Netanyahu is attempting to form a coalition government. The Netanyahu bloc has already experienced interference from the Biden administration and this incident could potentially make things worse.