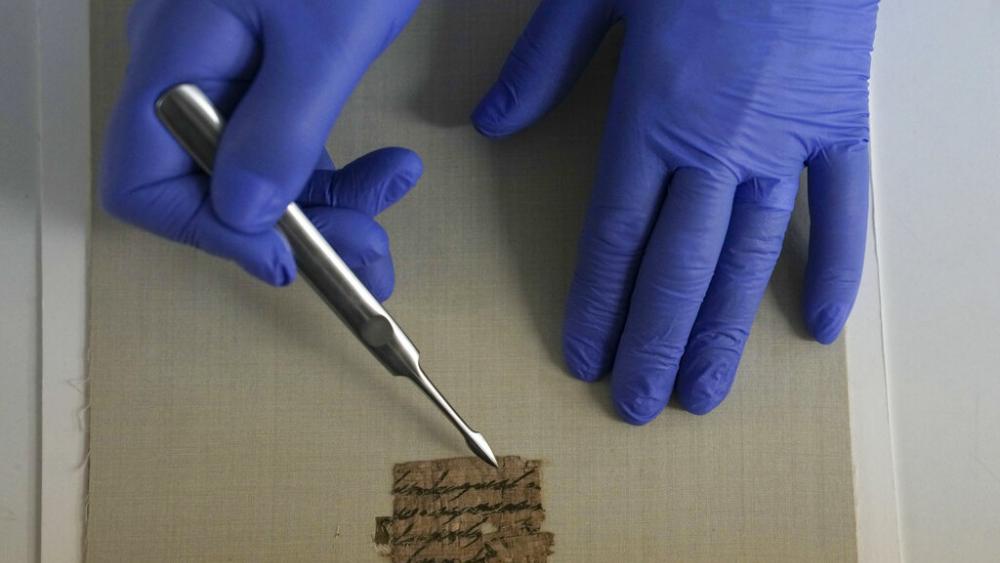 JERUSALEM, Israel – An extremely rare document from the First Temple period has been returned to Israel through an intelligence operation. Now, everyone is asking, “Who are you Ishmael?” – the addressee on the document.

Experts at the Israel Antiquities Authority’s (IAA) Dead Sea Scrolls Lab inside the Israel Museum in Jerusalem are trying to answer that question. The lab is where they study handwritten fragments from ancient days.

“Welcome to the Dead Sea Scrolls Laboratory, where we conduct the conservation of the largest collection of dead sea scrolls, anywhere in the world. We have some 25,000 fragments, which make up about a thousand manuscripts,” Joel Uziel, head of the IAA’s Dead Sea Scrolls Unit, tells CBN News.

He says almost all those manuscripts come from the Second Temple period and later.

“It's some kind of document written between two, administrators or officials within the administration. One of them, we don't know his name, he's the sender, but the receiver's name is Ishmael because the letter notes ‘Le Ishmael,’ ‘to Ishmael.’ And then, he's asked or ordered, depending on how you interpret it, to send some sort of commodities.”

The end of the papyrus is missing so the commodities are unknown.

Fast forward thousands of years, when Professor Shmuel Ahituv sees a photograph of the document and realizes it must be recovered.

“We don't know exactly when it was found. It was found by looters and taken to the Rockefeller Museum. But at some point in the ’60s, it is given to a woman who is visiting Israel from the United States and she takes it back home with her and she frames it along with a picture of the curator of the Rockefeller museum and an antiquities dealer who is known to have been involved in the sale of scrolls,” Uziel explains.

When the woman passed away, she gave the papyrus to her son.

“The anti-robbery unit of the Israel Antiquities Authority, together with Professor [Shmuel] Ahituv, become aware of this document's existence. They create a connection with this person in the US, who then comes to visit our unit here, of the Israeli Antiquities Authority and the laboratories, and is convinced that this is the place to keep this document,” says Uziel.

Two other papyruses tell their own stories of that period.

“The one being unveiled right now is the first one found, which, actually is an interesting document, because it has two layers of text. So, the original layer of text was written and that at some point in time, it was erased in order to recycle the Papyrus and use it once again, to write a second layer of text,” he says.

“This is another Papyrus dating back some 2,600 years ago, 2,700 years ago. It is a sort of a sending receipt, describing [the] sending of wine from Na’arata, a site somewhere – we're not exactly sure where – to Yerushalema, to Jerusalem. And this is the earliest mention of Jerusalem in ancient Hebrew script,” says Uziel.

All three papyri come from the Judean desert, where the dry climate preserved them. Repatriating the Ishmael document is part of the IAA’s process to prevent illegal sales and further plundering of cultural heritage.