Search for 5 Aviators Intensifies After Black Hawk Goes Down 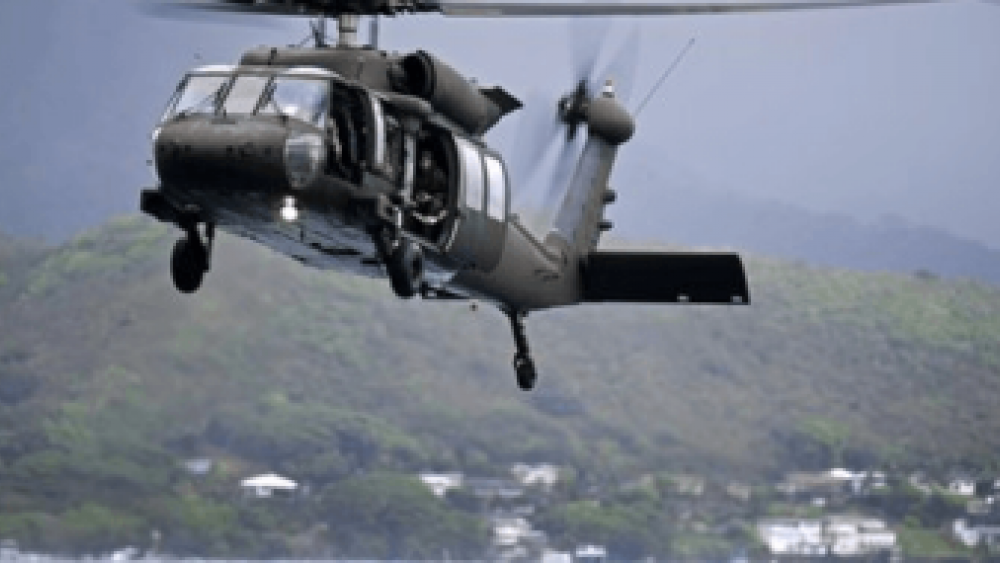 ​​​​​​The search continues for the crew of a downed Army UH-60 Black Hawk helicopter off the coast of O'ahu.

The military helicopter with five aviators onboard lost communication Tuesday night during a training exercise between Kaʻena Point and Dillingham Airfield on Oʻahu.

The search is focused on an area approximately two miles west of Ka'ena Point. Authorities have recovered debris from the crash and has expanded to as much as 50 miles offshore due to the swift and dynamic currents in the area.

Three helicopters, a Coast Guard cutter and response boat and the Honolulu Fire Department were among those responding.

"As we pick up debris, we'll bring that back here and we'll assemble that, but investigators will eventually delve into what may or may not have caused this," said Lt. Col. Curt Kellogg, a spokesman for the 25th Infantry Division, in a news conference Wednesday.