Congress Wants Answers on UFOs: Are They Military Holograms? And Does the Bible Say Anything About Aliens? 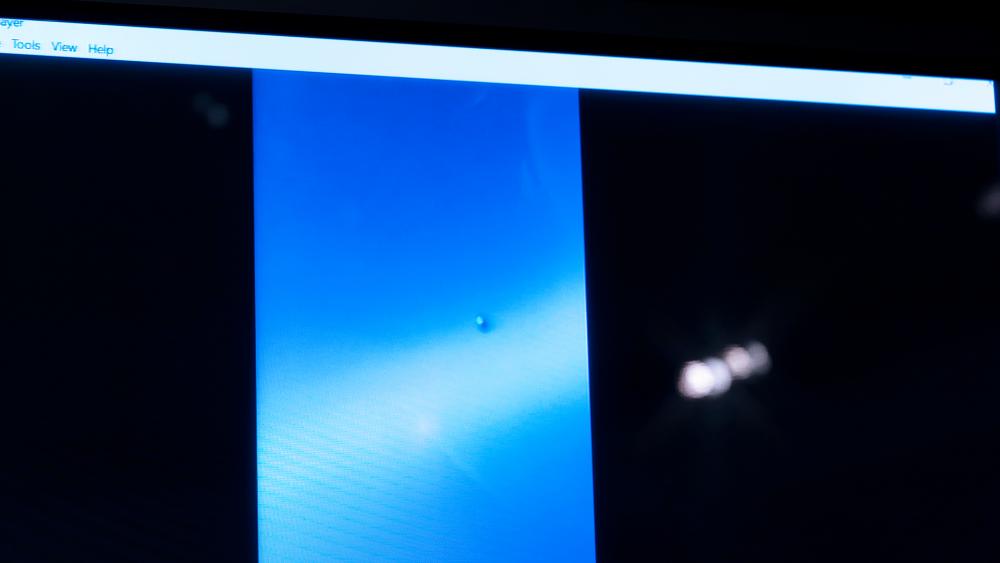 A video of a UAP is paused during a House Subcommittee hearing on "Unidentified Aerial Phenomena," Tuesday in Washington. (AP Photo/Alex Brandon)

Congress held its first hearing in 50 years Tuesday on unidentified flying objects. And no, there is still no government confirmation of extraterrestrial life.

Testifying before a House Intelligence subcommittee, Pentagon officials did not disclose additional information from their ongoing investigation of hundreds of unexplained sightings in the sky. But they said they had picked a director for a new task force to coordinate data collection efforts on what the government has officially labeled "unidentified aerial phenomena" or UAPs that seem to defy the capabilities of existing technology.

The number of UAP sightings has significantly increased to approximately 400 from the 144 sightings reported between 2004 - 2021.

"We've seen an increasing number of unauthorized and or unidentified aircraft or objects in military control training areas and training ranges and other designated airspace," Scott Bray, the Deputy Director of Naval Intelligence, told a House committee. "Reports of sightings are frequent and continuous."

But Bray also said he thinks many of the new accounts of sightings are "historic reports that are narrative-based" from earlier incidents that people simply chose not to report.

"Navy and Air Force crews now have step-by-step procedures for reporting UAPs on their kneeboard, in the cockpit," Bray testified.

Ronald Moultrie, the Undersecretary of Defense for Intelligence, said the Pentagon was also trying to destigmatize the issue and encourage pilots and other military personnel to report anything unusual they see.

The sightings are usually fleeting. Some appear for no more than an instant on camera — and then sometimes end up distorted by the camera lens. The U.S. government is believed to hold additional technical information on the sightings that it has not disclosed publicly.

BELOW: Watch the House Subcommittee Hearing on Unidentified Aerial Phenomena

As CBN News reported last summer, the release of a U.S. government report analyzing Unidentified Flying Objects or UFO activity stirred up more questions than answers. The report did not contain the words "alien" or "extraterrestrial."

At the time, the Department of Defense reviewed more than 144 credible reports and videos showing odd-shaped objects making unusual patterns of movement. In all but one of the sightings investigated, there was too little information for investigators to even identify what was seen.

Bray briefly demonstrated the challenge during the hearing. He stood next to a television monitor to show a short video taken from an F-18 military plane. The video shows a blue sky with passing clouds. In a single frame — which it took several minutes for staff in the room to queue up — there is an image of one balloon-like shape.

"As you can see, finding UAP is harder than you may think," Bray said.

Rep. André Carson, an Indiana Democrat who chaired the hearing, called on investigators to show they "are willing to follow the facts where they lead."

Rep. Rick Crawford, an Arkansas Republican, noted that the investigations were not "about finding alien spacecraft but about delivering dominant intelligence."

"The inability to understand objects in our sensitive operating areas is tantamount to intelligence failure that we certainly want to avoid," he said.

Lawmakers from both parties say any potential UFOs would be a national security concern. Sightings of what appear to be aircraft flying without discernible means of propulsion have been reported near military bases and coastlines, raising the prospect that witnesses have spotted undiscovered or secret Chinese or Russian technology.

He contended that potential adversaries of the United States could be developing this technology to disrupt military flight systems and that the U.S. seems to be doing the same type of research.

"I think it is a serious threat because these technologies were designed to possibly confuse our fighter pilots during combat aviation situations," Shapiro told CBN News. "So that if a pilot is flying in the sky, and they see possible enemy aircraft. The enemy aircraft could possibly have other images beside them so that our pilots can't actually tell what the real target is."

"And because this technology appears to be able to show up on different sensors, not only infrared but radar. It's quite possible our pilots would not be able to tell which target is the real one," he continued. "They may inadvertently fire a heat-seeking sidewinder missile at what is actually a hologram of an aircraft or a UFO, instead of an actual target firing on us."

When CBN News asked Shapiro if he was speaking about the 2018 U.S. Navy patent for laser technology, he replied in the affirmative.

"Correct. There's a patent for the space-enabled Warfare System Center Pacific where they are using laser-plasma technology to project holographic images that would project sort of a type of Unidentified Flying Object in the sky," the investigative reporter explained. "And as you know, a lot of people, especially military personnel, are seeing these tic-tac-shaped or UFOs in the sky.  But a lot of times, their appearance seems to be grainy. We don't see where they land. We don't see where they take off."

"And so, if there was a laser image projecting a hologram, that could not only explain those factors, it could also explain a lot of these images seem to be able to move in a very erratic fashion that defies our laws of physics," Shapiro noted.

Dr. Ryan Denison recently gave some clarification to Christians about the subject of UFOs and the question of intelligent life on other planets on his news blog, Denison Forum.

He also noted that there are probably better ways that our government could be spending their time and resources, but recognized the fascination that many people have on the subject.

"If your faith in God feels threatened or shaken by the prospect of life existing outside of our planet, then you should first consider wrestling with why that's the case," the former teacher at BH Carroll and Dallas Baptist University wrote.

"Nothing in the Bible expressly denies the existence of extraterrestrial life. Neither does anything in the Bible require us to believe it's out there. Why? Because the Bible is far more concerned with your life and my life here on Earth—and, more specifically, how to live that life in relationship with God—than it is that speculative question," Denison continued.

He also explains "the argument that intelligent life exists on other planets because the universe is too big for us to be alone is predicated on a mindset that—if the Bible is correct—simply is not necessary to hold."

Denison speculates about God's ultimate plan when he created a universe so filled and vast that it was intended to do only one thing:  Constantly, remind us of His presence and His love for us.

"Rather, what if the reason God created an ever-expanding universe filled with stars, planets, and mysteries we still haven't even begun to grasp is to point us back to him?" he asked.

"What if that sense we get of feeling like an infinitesimal speck when we look up at the night sky was meant to remind us of our need for the one who holds all that we can see and more in the palm of his hand (Isaiah 40:12)?" Denison wrote.

Found in the Bible's Old Testament, Isaiah 40:12 reads, "Who has measured the waters in the hollow of his hand, or with the breadth of his hand marked off the heavens? Who has held the dust of the earth in a basket, or weighed the mountains on the scales and the hills in a balance?"

"And what if our universe was a gift that God intended to remind us of just how much he loves us and how special we are to him?" Denison asked. 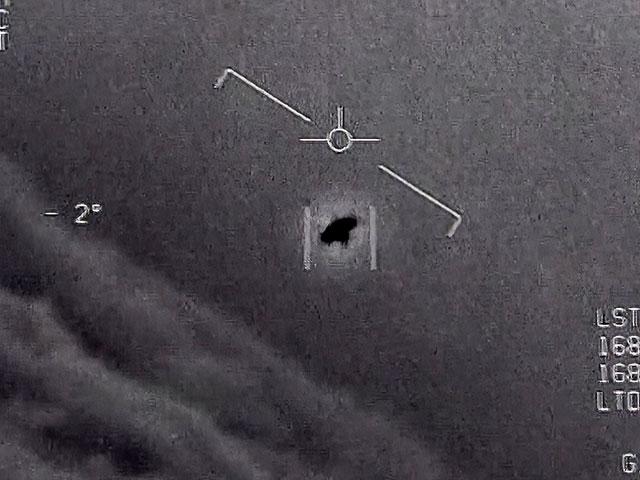