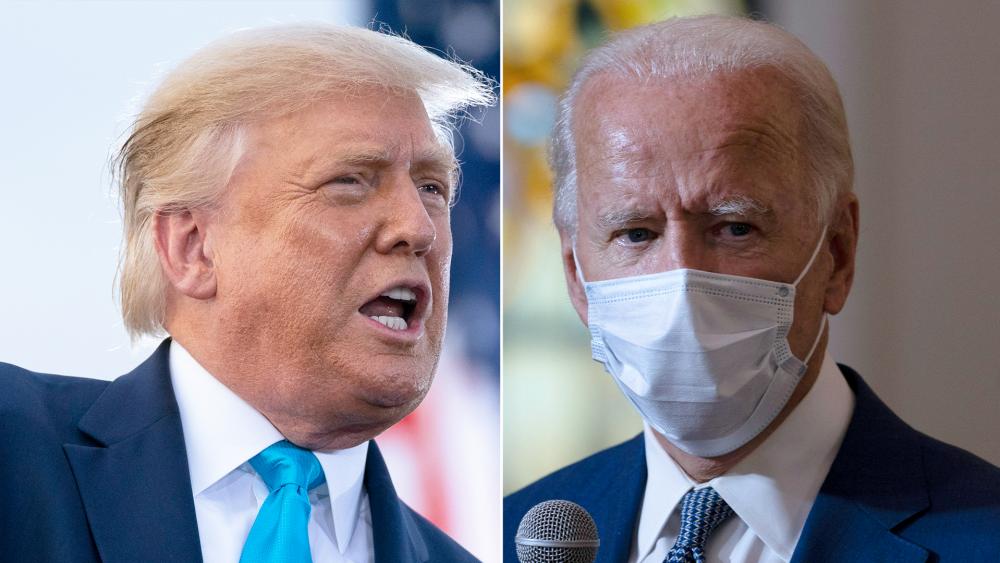 The second presidential debate between President Donald Trump and Democratic challenger Joe Biden is set for next Thursday, and it will now be virtual, according to the bipartisan Commission on Presidential Debates. But President Trump says he will not be there if that's the case.

The debate commission unilaterally decided it will be virtual due to COVID concerns. While the Biden campaign accepted the decision, Trump quickly criticized the move.

The move toward a virtual debate came just hours after the only vice presidential debate.

"I'm not going to waste my time on a virtual debate that's not what debating is all about. You sit behind a computer and do a debate. That's ridiculous," said President Trump.

President Trump made the declaration on Fox Business and says he only got word after the decision was already made.

"We learned it the same way you learned it, two minutes ago and it was announced. They are trying to protect Biden. Everybody is like that NBC disaster where he went on with Lester Holt, it was meant for a child," said the President.

The Commission on Presidential Debates announced in a statement that the Oct. 15 event would go the way of many Americans' work and social lives under the pandemic. Both candidates will appear remotely from separate locations.

While the move is a reaction to President Trump's COVID diagnosis and concern over potential spread, Mr. Trump insists he's in "great shape." He is recovering at the White House after three days in the hospital. The Thursday event would be right at two weeks following his positive test.

Boarding a plane to Arizona this morning, Joe Biden raised no objections to following the commission's decision.

The Biden campaign put out this statement this morning that reads in part: "Joe Biden will find an appropriate place to take questions from voters directly on October 15th, as he has done on several occasions in recent weeks."

It's also urging next week's town hall be delayed until October 22, so "the president is not able to evade accountability."