'They Used COVID-19 as an Excuse': Why Election Integrity Took Such a Big Hit in 2020 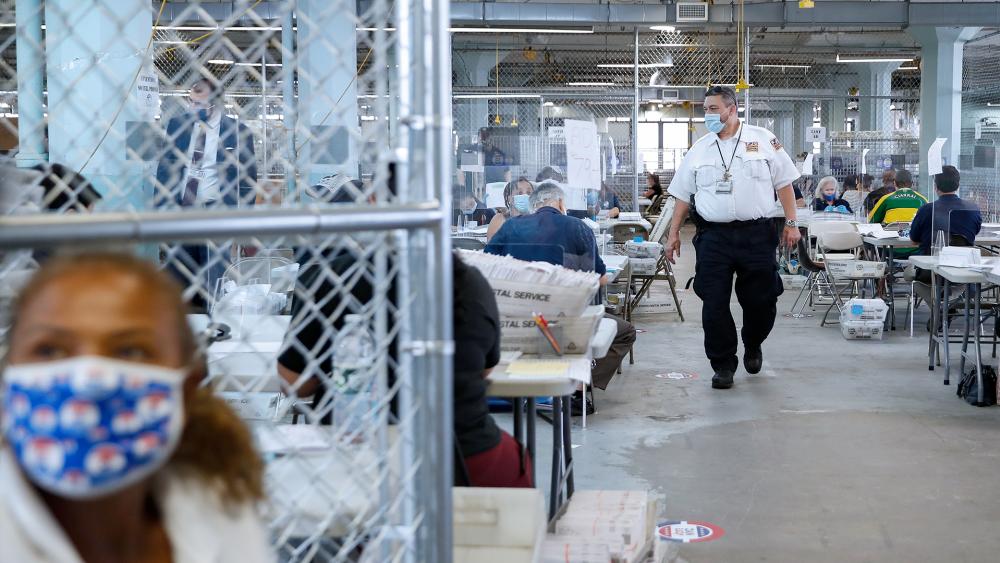 America is deeply divided over what's needed to protect voter and election integrity. But one expert told CBN News that it is not impossible to figure out a solution and restore the public's confidence in our democracy.

Hans Von Spakovsky, who previously served on the Federal Election Commission, says now is a critical time to make it easier to vote and harder to cheat.

In his book, "Our Broken Elections: How the Left Changed the Way You Vote", he outlines ways to ensure the integrity and security of the election process.

"It's a common-sense thing," he told CBN News. "Such as requiring ID, both in person and through the absentee balloting process. Verifying the residential address of someone who is registering to vote, verifying citizenship to make sure that someone is a U.S. citizen when they are registering to vote."

"And taking very basic steps to maintain the accuracy of voter registration roll. To make sure that when people die or they move out of state that they are taken off the roll so that their names can't be used to cast illegal ballots," he added.

"Last year's election accelerated the unfortunate push by folks on the progressive left who changed the rules and who basically got rid of the safety and security protocols in states and they used COVID-19 as an excuse," he explained.

"An example of that is they have been pushing a bill, HR-1, that would ban or void all state voter ID laws," he shared. "I mean there is no reason to do that other than to make it easy to cheat an election."

Von Spakovsky went on to explain why progressive legislative rules could be dangerous for democracy.

"The left has been pushing same-day voter registration. That means that states would have to allow you to walk into a polling place, register, and immediately vote. When you combine this with the fact that they can't ask you for an ID. It would make it very easy for someone to go from one polling place to another," he explained. "Even if election officials are suspicious they can't ask you for an ID."

Von Spakovsky told CBN News that American voters are not opposed to measures that would ensure the election process, but believes they are being duped into believing that certain changes are not in their best interest.

"The American public overwhelmingly thinks, for example, that requiring an ID to verify your identity when you vote is common sense. And they support it," he shared. "Unfortunately the progressive left and very liberal advocacy organizations and Democratic leaders, like Joe Biden and others, are constantly railing that voter ID is voter suppression. That's not true."

"They are trying to scare voters into thinking that someone is trying to keep them from voting because they think it will get their voters out," he added. "And I think it's a way of, unfortunately, making it easier for folks to cheat in elections which is not a good thing."

According to Vans Spakovsky, there is a solution.

"I think...the upcoming legislative sessions in the states should pass election reforms in the way Texas, Florida, and Georgia did in the beginning of this year," he said. "Other states need to follow their lead and put in the kind of remedies those states did."