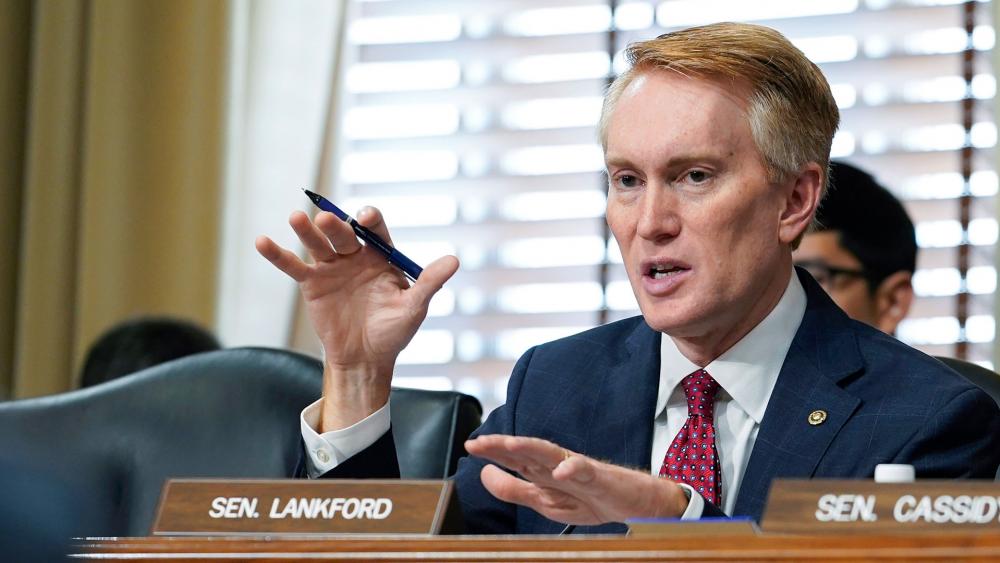 Sen. James Lankford (R-OK) speaks during a Senate Energy and Natural Resources hearing to examine the President's proposed budget request for fiscal year 2023 for the Department of Energy, May 5, 2022, in Washington. (AP Photo/Mariam Zuhaib, File)

Lankford, a member of the Senate Homeland Security and Governmental Affairs Committee, has written to Austin several times before to raise concerns about how the Department of Defense has handled requests for religious accommodations to the COVID vaccine. According to the senator's office, his letters to the Defense secretary have mostly gone unanswered.

"The news reports that surfaced on August 24 detailing the horrific living conditions of sailors with religious objections to the vaccine warrant immediate attention," the Oklahoma senator wrote. "At best, these reports demonstrate your lack of care for the service members you lead. At worst, it demonstrates an active disdain for and hostility toward them."

Lankford continued, "Sailors recount being transferred to living quarters covered in mold, sewage, and with no access to clean or running water. One sailor testified to organisms living in the stagnant water that surrounds her bathroom. Photo evidence revealed unlivable conditions that no person should be subjected to, let alone our men and women in uniform. These conditions render that of an authoritarian and abusive government, which falls far below the standard of the military of the greatest nation on earth."

"I urge you in the strongest possible terms to immediately take action to ensure that no service member is subjected to deplorable, illegal retribution for exercising their sincerely held religious beliefs," the senator wrote. "I demand your swift action in auditing and remedying the working and living conditions of these sailors."

"Rather than honoring their sacrifices and respecting their freedoms, your Department has time and again trampled on their rights with no respect to the oath, laws, and documents that govern its mandate," he wrote. "As each day passes, the COVID-19 vaccine is more irrelevant and the mandate is more oppressive. The mandate is clearly not about readiness, it is about compliance, even if it violates a service member's sincerely held faith."

Lankford has been working to defend service members from President Biden's vaccine mandate. He joined Sen. Ted Cruz (R-TX) and 12 of their colleagues to introduce the Allowing Military Exemptions, Recognizing Individual Concerns About New Shots (AMERICANS) Act of 2022. He also introduced the COVID-19 Vaccine Dishonorable Discharge Prevention Act to prohibit the Department of Defense from giving service members a dishonorable discharge for choosing not to receive a COVID-19 vaccine, which was ultimately solidified in the Fiscal Year 2022 National Defense Authorization Act, which Lankford supported and was signed into law.

The letter requested a response by Feb. 1. When he did not receive a timely response, Lankford requested that the Acting Department of Defense (DOD) Inspector General Sean O'Donnell conduct an audit of DOD's COVID-19 vaccine exemption process, and the IG responded 10 days later that an audit would be conducted.

August 2021 Mandate: Get the COVID Shot or Be Forced Out of the Military

As CBN News reported in August of 2021, Secretary Austin announced all U.S. troops will be required to get the COVID vaccine or be forced out of their careers in the military – a move supported by President Joe Biden.

As CBN News has reported, service members from almost all of the nation's military branches have filed lawsuits over the order to receive the COVID vaccine.

Across the U.S. military, the Army, Navy, Air Force, and Marine Corps have discharged as many as 4,000 active duty service members for refusing the vaccine. Those who flatly refuse the vaccine without seeking an exemption are still being discharged. But the courts have stalled additional discharges of service members who sought religious exemptions.

As CBN News reported earlier this month, a federal judge in Florida ordered class action relief and granted a classwide preliminary injunction against the federal government's COVID shot mandate for religious objectors who are U.S. Marines, whether they are active or in reserve service.

Liberty Counsel, a Christian religious rights law firm, sued Secretary of Defense Austin and pursued this class action relief on behalf of all Marines who were denied religious accommodations from the COVID shots.

The day after a federal judge issued an injunction protecting Marines with religious objections to the vaccine mandate, an allegation surfaced in which a Marine was threatened by his superiors that unless he was vaccinated, he would be removed from the military.

As CBN News reported in July, the U.S. Army announced unvaccinated soldiers in the U.S. Army National Guard and Reserve who have not received an exemption may no longer participate in federally funded drills and training and will not receive pay or retirement credit.

The U.S. military branch's order dated July 1 ended pay and benefits for 62,000 of those guardsmen and reservists.

CBN News reached out to the Department of Defense for comment. In an emailed response, Dod spokesperson Major Charlie Dietz said even though the department doesn’t comment on direct correspondence to the secretary, they will respond once Sen. Lankford’s letter has been reviewed. 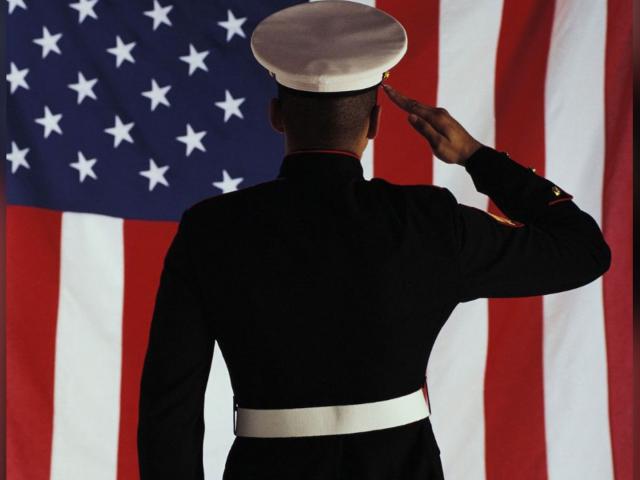 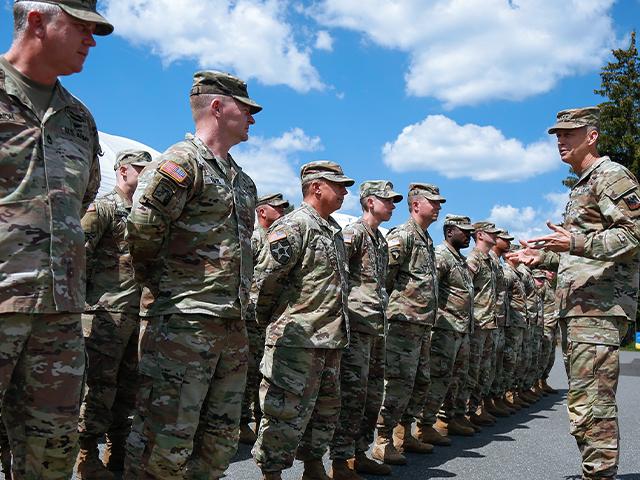