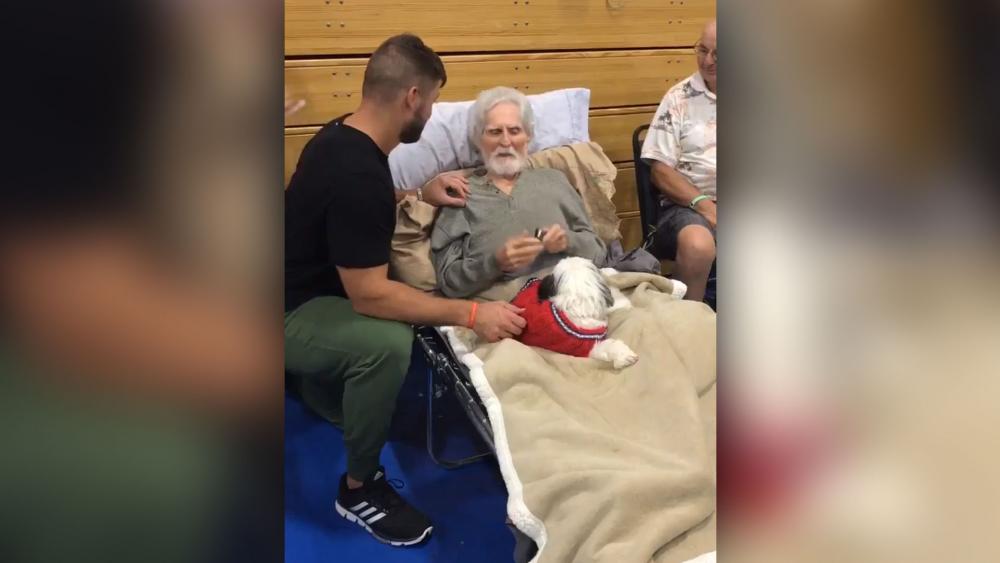 A World War II Veteran in a shelter is playing his harmonica for Tim Tebow while the man's little dog listens: What's not to love?

The video is shot in a Red Cross special needs shelter in Florida and the former college football star posted it on his Twitter page.

Totally uplifted by this #ww2 veteran, who's spirit and talents encouraged his fellow visitors at this Special Needs Shelter! #irma pic.twitter.com/2q1nH7EHz0

After the performance, Tebow patted the man on the shoulder.

Several people around him responded "God bless you" and an emotional woman thanked Tebow for "being a good Christian man."

The Heisman Trophy winner who led the Florida Gators to a national championship in 2009 also tweeted encouragement to those affected by the storm.

Prior to the hurricane, Tebow helped rally volunteers to serve at special needs shelters.

The Tebow Foundation has a unique ministry to special needs children, hosting A Night To Shine celebrations in churches in 11 nations.