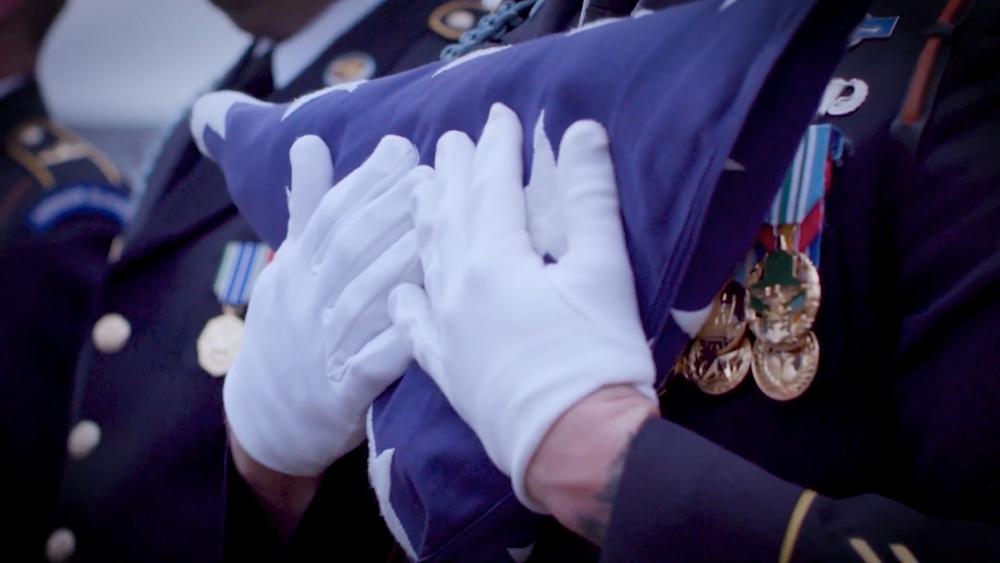 Suicides are reaching epidemic proportions, and the numbers in the US military are up for the fifth year in a row. It's reaching across generations affecting current troops, veterans, and families.

Kim Ruocco knows this from personal experience. Her husband took his life while at the height of his military career.  Major John Ruocco served as a Marine Corps pilot for 15 years. A really good one according to his wife, Kim, and the accolades don't stop there.

"My husband was a really great dad and husband and a superior marine and helicopter pilot, but he battled PTSD and depression and unresolved trauma and grief," Ruocco said.

"I had at the time two boys who were 8 and 10 years old so I was really thrown into this world of surviving a military suicide loss," Ruocco said.

John became part of a growing statistic of active military and veterans who have committed suicide. The latest Pentagon research shows increases over the last five years with more than 500 military suicides in 2018 alone.

A Veterans Administration report indicates some 6,000 veteran suicides each year between 2005 and 2017.

Dr. Heather Kelly is director of military and veterans health policy at the American Psychological Association.

"It's a complicated problem and lots of different reasons for different people," Kelly said.  "About half of those military service members who die by suicide have never deployed much less seen combat.  They're subject to life stress that has nothing to do with their military service just like the rest of us.

"The culture continues to be the biggest battle in suicide prevention within the military," Ruocco said.

But there is help. After her husband's death, Ruocco started the Assistance Program for Survivors or TAPS.

"When there is a suicide, they're immediately connected to us and so we're able to reach out to those survivors, assess their needs stabilize those with trauma, with mental health issues, with suicide risk and then help them with suicide specific issues like how do you tell your children," Ruocco said.

On the prevention side, the American Bible Society has rolled out the "God Understands Campaign" to help service members who are battling depression and other mental health challenges. It includes testimonies from people like Bryan Flanery who attempted suicide while in the army.

"Almost every day at the start of my day I remember sitting in that empty barracks room and I let myself feel those emotions again," Flanery said.  "The hopelessness, the pain, the anguish. Then I look at my life today and I see how God truly didn't put a band-aid on it but he truly restored my soul."

Groseclose says social distancing in these times only magnifies feelings of isolation, and that could cause the already growing suicide numbers among service members to spike.  He says the campaign provides a unique human and divine connection.

"The way of ending veteran suicide is with Jesus," Flanery said.

In fact, experts say faith is what's called a "protective factor" when it comes to suicide.  In other words, those who identify with all faiths are at a lower risk for suicide.