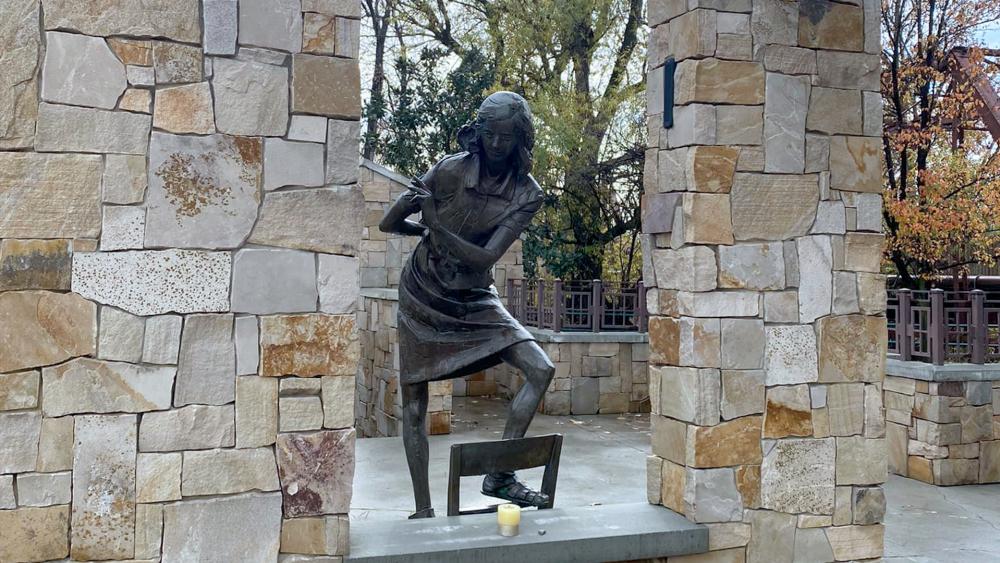 According to the Idaho Statesmen, the city was notified of the vandalism on Saturday morning and the graffiti included spray-painted swastikas and other antisemitic messages that targeted Jews and other minority groups.

"We recognize the significance of this being the last Saturday of Hanukkah and we are reaching out to Jewish leaders in our community to let them know we will not stand for such hateful and abhorrent behavior in our city," Police Chief Ryan Lee tweeted.

It honors the life and faith of Anne Frank, a Jewish girl whose family hid from the Nazis in Amsterdam for more than two years during World War II. In 1945, Anne was found and captured, along with her family, by German secret police and sent to Bergen-Belsen concentration camp, where she died.

Employees of the Parks and Recreation Department quickly painted over the graffiti. "If that meant that we had to get paintbrushes and paint over it ourselves, we were going to do it," Lee said.

The incident comes weeks after swastikas were found spray-painted on a historic building located in downtown Idaho.

Mayor Lauren McLean called this most recent incident a "literal and figurative stain" on the community.

The Boise Police Department is investigating the incident, but they see no immediate threat to Jewish residents or a need to increase security measures.

"Whoever is responsible for the graffiti was acting out of 'hateful ignorance,'" Lee told the Idaho Statesman. "I wish we could rise to our better selves. Unfortunately, not everybody does."