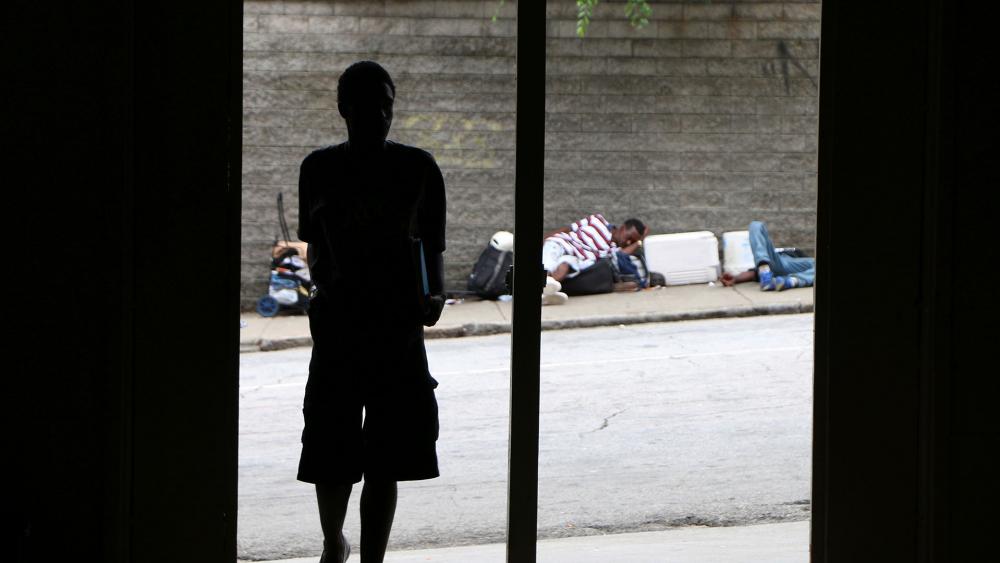 In the video, Project Veritas says the executive director of the Central Outreach and Advocacy Center (COAC) in Atlanta, GA, admitted her organization allows thousands of homeless people to use the center's address in order to vote and to get a state identification card.

"So, the majority of the people we serve don't have an address, so we allow them to use our address if they register to vote and to get Georgia State ID," a voice identified by the undercover investigative organization as Kimberly Parker is heard saying at the start of the two-minute-19 second video.

James O'Keefe, the founder of Project Veritas, posted the video to Twitter.

The center is located at 201 Washington St. SW, in Atlanta.

Parker explains the reason is you must have proof of residence in order to be allowed to register.

"You have to have proof of residence, and so although we are not a shelter, we do allow them to use 201 Washington Street," she said.

This is reportedly a violation of Georgia law which requires a person to vote where they live, because permitting someone to use a false statement on voter registration is illegal in the Peach State and is punishable by up to 10 years in prison, according to GA Code 21-2-562(a)(1), Project Veritas reported.

In the video, Parker tells the Project Veritas journalists that an untold number of people have registered to vote that way.

"So, I can't even begin to tell you how many people have that address on their ID. We've never run into any problem with that until this election," she said. "One of our board members got wind that they thought we're doing things not on the up and up because so many have the address, but we've not heard any repercussion from it since."

The COAC executive director also says they have been doing this for years.

"So, but it's just a way to – I mean people have to have an address – the only way they can get ID, which you've gotta have to get anything else, is to have an address. So, we allow that. We've done that for years," she says on the video recording.

According to Project Veritas, the COAC's address is not the only address being used by a Georgia shelter to register homeless people to vote.

Adam Seeley, board member of Central Night Shelter, and director of social services at Emmaus House reportedly told the undercover organization that the Emmaus House's address was used by "a couple thousand people... for their voter registration."

CBN News attempted to reach out to the COAC for comment on this story but was unable to do so since their website explains their telephone lines are closed due to COVID-19.  The COAC website also has no email address and it appears all of their social media pages have been taken down.