Shock Poll Shows Abortion Crowd 'Way Out of the Mainstream', Most Americans Want to Stop Abortions at Key Benchmark 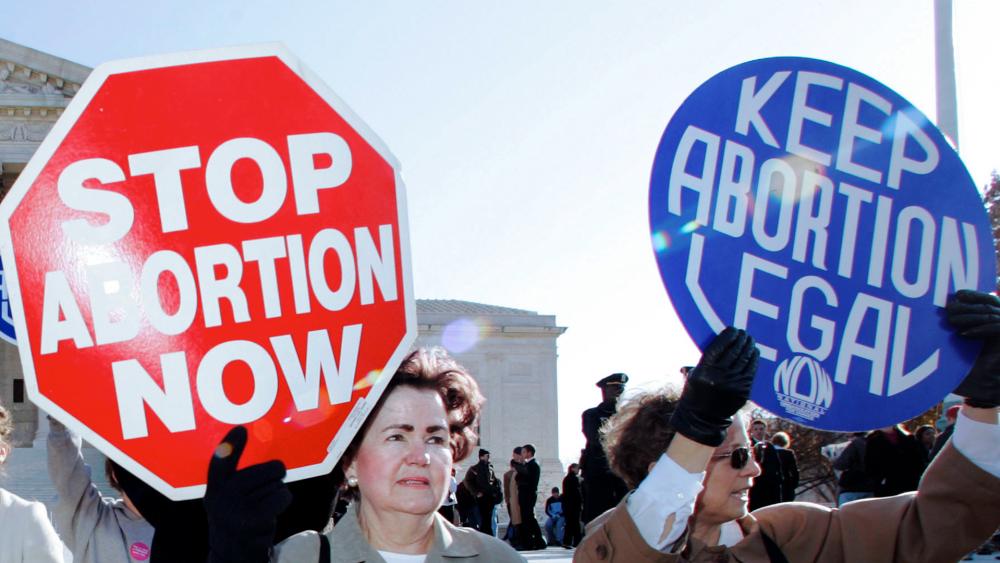 In this Nov. 30, 2005 file photo, a pro-life supporter stands next to a pro-choice demonstrator outside the U.S. Supreme Court in Washington. (AP Photo/Manuel Balce Ceneta)

A new poll shows a majority of Americans believe most abortions should be legal in the first three months of a woman’s pregnancy – at the same time, though, even more Americans say it should be illegal to end an unborn baby's life in the second and third trimesters.

The poll comes weeks after the Supreme Court agreed to hear a case involving a Mississippi law that would ban abortions after 15 weeks of pregnancy, two weeks into the second trimester.

As CBN News reported in May, the Mississippi case does not directly challenge the legal right to an abortion, but it could lay the groundwork for more restrictions. And if Roe v Wade is ever overturned, abortion would then become a state issue.

The poll from The Associated Press-NORC Center for Public Affairs Research found 61% of Americans say abortion should be legal in most or all circumstances in the first trimester of pregnancy. However, 65% said abortion should usually be illegal in the second trimester, and 80% said that about the third trimester.

Still, the poll finds some Americans believe abortion of an unborn baby should be allowable under at least some circumstances even during the second or third trimesters.

Michael New, a pro-life advocate who teaches social research at the Catholic University of America, predicted the findings regarding second and third-trimester abortions will be useful to the pro-life movement.

"This helps counter the narrative that the abortion policy outcome established by the Roe v. Wade decision enjoys substantial public support," he said.

David O'Steen, executive director of the National Right to Life Committee, said the findings suggest that abortion rights advocates are "way out of the public mainstream" to the extent that they support abortion access even late in pregnancy.

Majorities of Americans — Republicans and Democrats alike — think a pregnant woman should be able to obtain a legal abortion if her life is seriously endangered, if the pregnancy results from rape or incest, or if the child would be born with a life-threatening illness.

However, Americans are closely divided over whether a pregnant woman should be able to obtain a legal abortion if she wants one for any reason, 49% yes to 50% no.

Abortions after the first trimester are not rare, but not nearly as common as first trimester cases. The Centers for Disease Control and Prevention, in its most recent report on abortion in the U.S., estimated that 92% of the abortions in 2018 were performed within the first 13 weeks of pregnancy.

The Associated Press reported that respondents to the poll from three major religious groups — white mainline Protestants, nonwhite Protestants, and Catholics — are closely divided as to whether abortion should usually be legal or illegal in most cases. It was different for white evangelicals — about three-quarters of them say abortion should be illegal in all or most cases.